August 27, Jung Hyung Don and the five dance coaches of KBS’s “Dancing High,” a teen dance battle program, revealed their ratings promises for the show on a V Live broadcast.

WINNER’s Lee Seung Hoon said, “Humbly, someone is saying 3 percent,” to which Jung Hyung Don responded, “If it’s 3 percent in this time slot, that’s an automatic promotion for the producing director.” Jung Hyung Don said, “If we get 3 percent, I’ll buy two full chickens for not only each member of the entire staff, but also everyone on the show.”

Saying 3 percent was too low, Hoya put the target viewership ratings at 5 percent, and said, “Through a raffle, I’ll give someone a signed album and one of my prized possessions.” 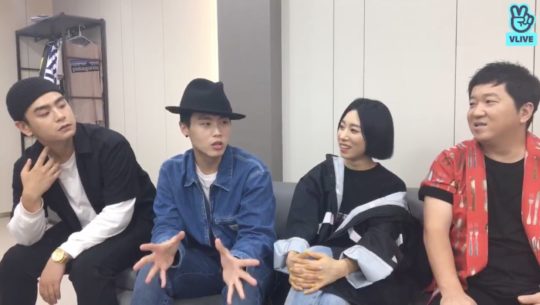 Lee Seung Hoon, with a target of 3 percent, said he would bring the coaches out to dance in the streets of Hongdae, although the coaches did not readily agree.

Hoya also added onto his promise: “If we get over 5 percent, I’ll go take class at the 1Million and Just Jerk studios.” 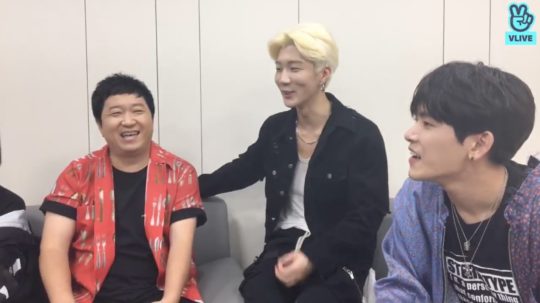 Closing, Jung Hyung Don said, “Lee Gi Kwang is currently in rehearsal, so we’ll get his ratings promise and make a separate announcement to everyone.” 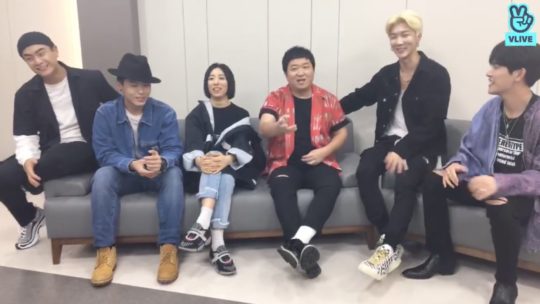