KBS2’s “Lovely Horribly” has recorded its best viewership ratings yet!

According to Nielsen Korea, episode 9 and 10 that aired on August 27 earned viewership ratings of 5.4 percent and 6.2 percent respectively.

During the “Lovely Horribly” broadcast, there was a constant crisis between Yoo Philip (Park Shi Hoo) and Oh Eul Soon (Song Ji Hyo) that marked a turning point in their exchange of luck. Their fate completely changed, and with the return of the apple tree necklace, Oh Eul Soon started to see good fortune instead.

When Oh Eul Soon had no transportation, she picked up money on the streets, and when she went to get change at a market, she won a bag of rice. On the other hand, Yoo Philip got stuck with bad luck. His tire suddenly went flat, and he almost got a bullet wound from the mysterious man in the black mask.

Yoo Philip continued to be in danger, and Oh Eul Soon kept struggling to prevent it. Oh Eul Soon created the fictional character “Gon” in the script for “The Ear, the Love of God” for Yoo Philip. However, she foresaw another crisis for Philip in her dreams where she witnessed bloody tile floors and a man with a gun.

Oh Eul Soon was also in danger. Detectives who believed the script was related to the murder of Lee Soo Jung took Oh Eul Soon in as a witness. 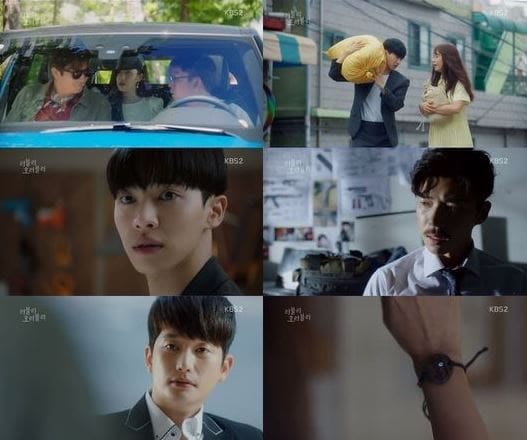 Lovely Horribly
How does this article make you feel?