Girls’ Generation’s Seohyun will be showing off a new look in MBC’s “Time.”

In the drama, Seohyun appears as Seol Ji Hyun, a woman who is dealing with the sudden death of her younger sibling. After the mysterious death of her sibling and mother, she got lost in sadness, investigated the truth behind their deaths, and worked hard to fight through obstacles.

Last week, Seol Ji Hyun found out that Soo Ho (played by Kim Jung Hyun) and his fiancée Chae Ah (played by Hwang Seung Eon) were related to the death of her sibling and mother. After figuring this out, she got a job at Soo Ho and Chae Ah’s restaurant to gather evidence. She surprised Chae Ah with her cooking, installed a device in her office to listen in on her conversations, and handed the recordings over to a reporter.

Up until now, Seol Ji Hyun has dressed casually in jeans and shirts with a natural look for her makeup. In the stills, however, she wears red lipstick and a black outfit adorned with fancy accessories, making viewers wonder about the reason behind her transformation. 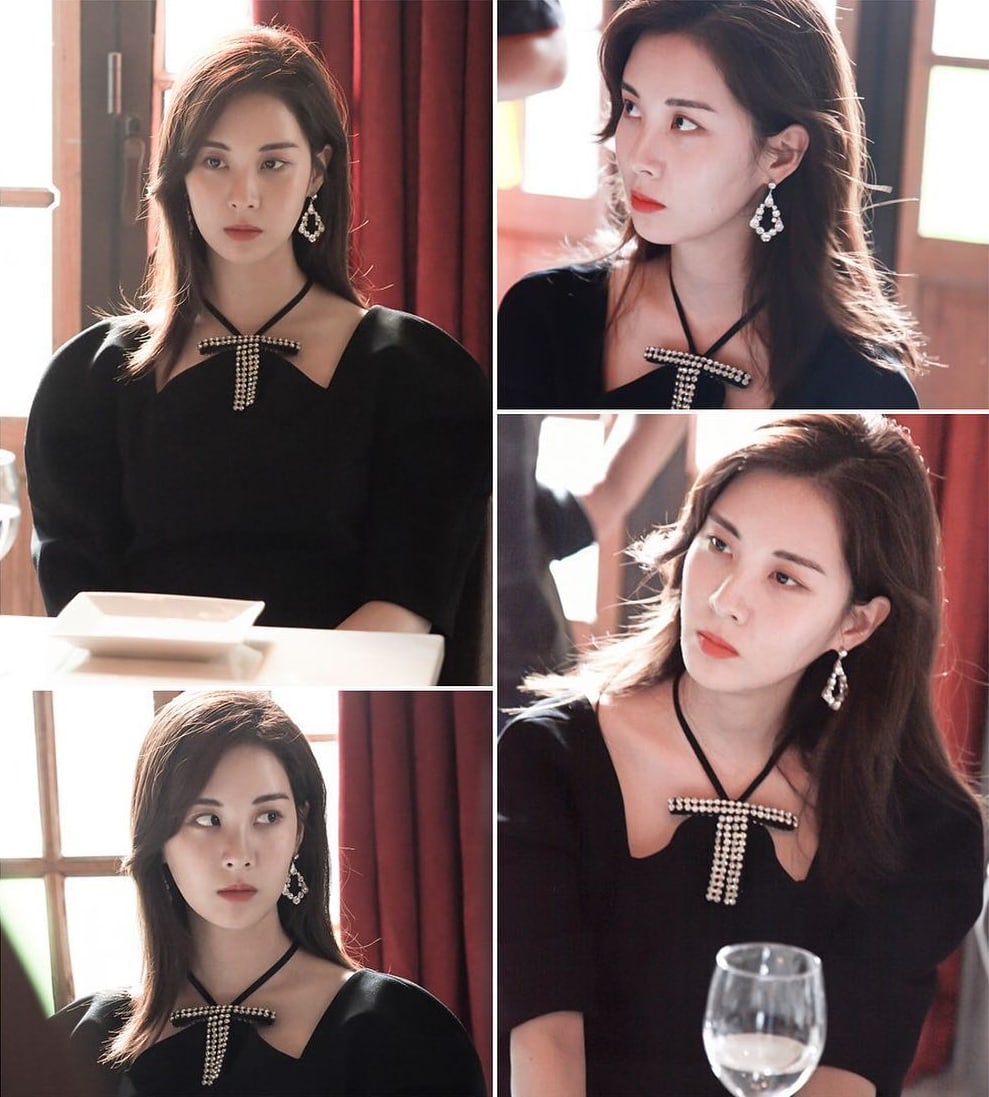 This scene was filmed at a restaurant in the Yongsan district. When Seohyun appeared in this outfit that was different from her casual looks in the past, the staff praised her and complimented her beautiful appearance. She responded by smiling shyly and laughing before preparing for the scene.

In order to successfully portray a colder look and graceful movements, Seohyun focused on the character’s emotions while listening to the director’s instructions and reading the script, and also looked in the mirror while rehearsing. During filming, she perfectly captured the emotions and received applause from the staff.

A staff member from the drama said, “Ji Hyun, who worked hard and failed numerous times while trying to uncover the truth, has finally become determined to counterattack. Please look forward to how the story will change due to Seol Ji Hyun’s transformation.”

“Time” airs on Wednesdays and Thursdays at 10 p.m. KST. In the meantime, check out the latest episode below!