The latest making film of JTBC drama “My ID Is Gangnam Beauty” shows the behind the scenes of the famous scene where Im Soo Hyang rides on Cha Eun Woo’s back. Viewers could not suppress screaming when the scene aired on TV.

In episode 9 of “My ID Is Gangnam Beauty,” Do Kyung Suk (played by Cha Eun Woo), Kang Mi Rae (played by Im Soo Hyang), and Kyung Suk’s mother (played by Park Joo Mi) are having a drink together. They meet teaching assistant Yeon Woo Young (played by Kwak Dong Yeon) out of coincidence and go to his house to start drinking more.

Everyone is happy because Kyung Suk and his mother finally resolved all of their misunderstandings. Mi Rae exceeds her drinking limit due to the hyped atmosphere and falls asleep suddenly. There is a brief war of nerves between Kyung Suk and Woo Young on who gets to help Mi Rae go back home. Kyung Suk’s mother, knowing what was going on inside her son’s heart, put Mi Rae on Kyung Suk’s back, and Kyung Suk is triumphant over Woo Young. 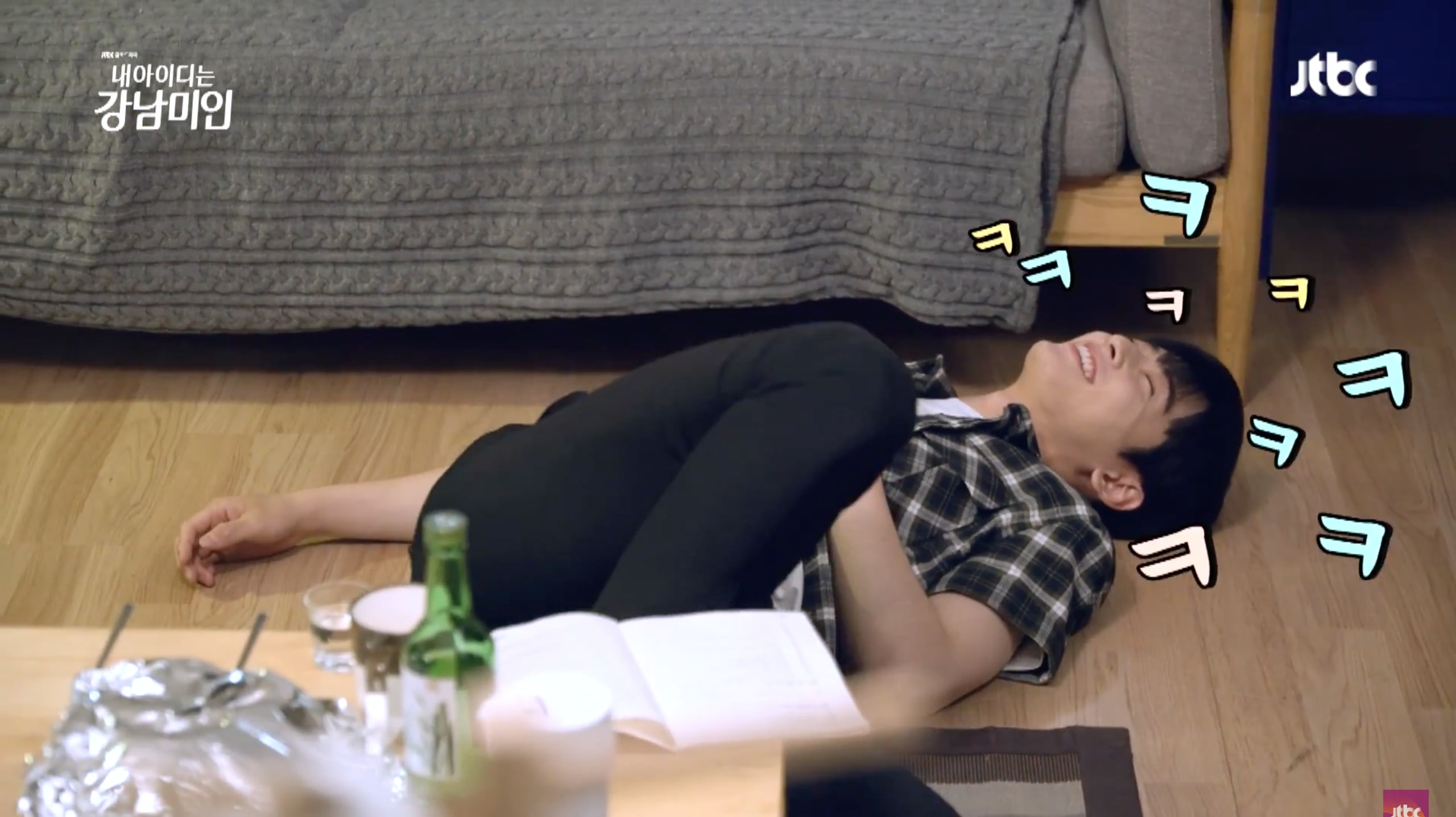 Cha Eun Woo loses his mind because he wanted the food on set to be bulgogi but it was actually chicken gizzard. 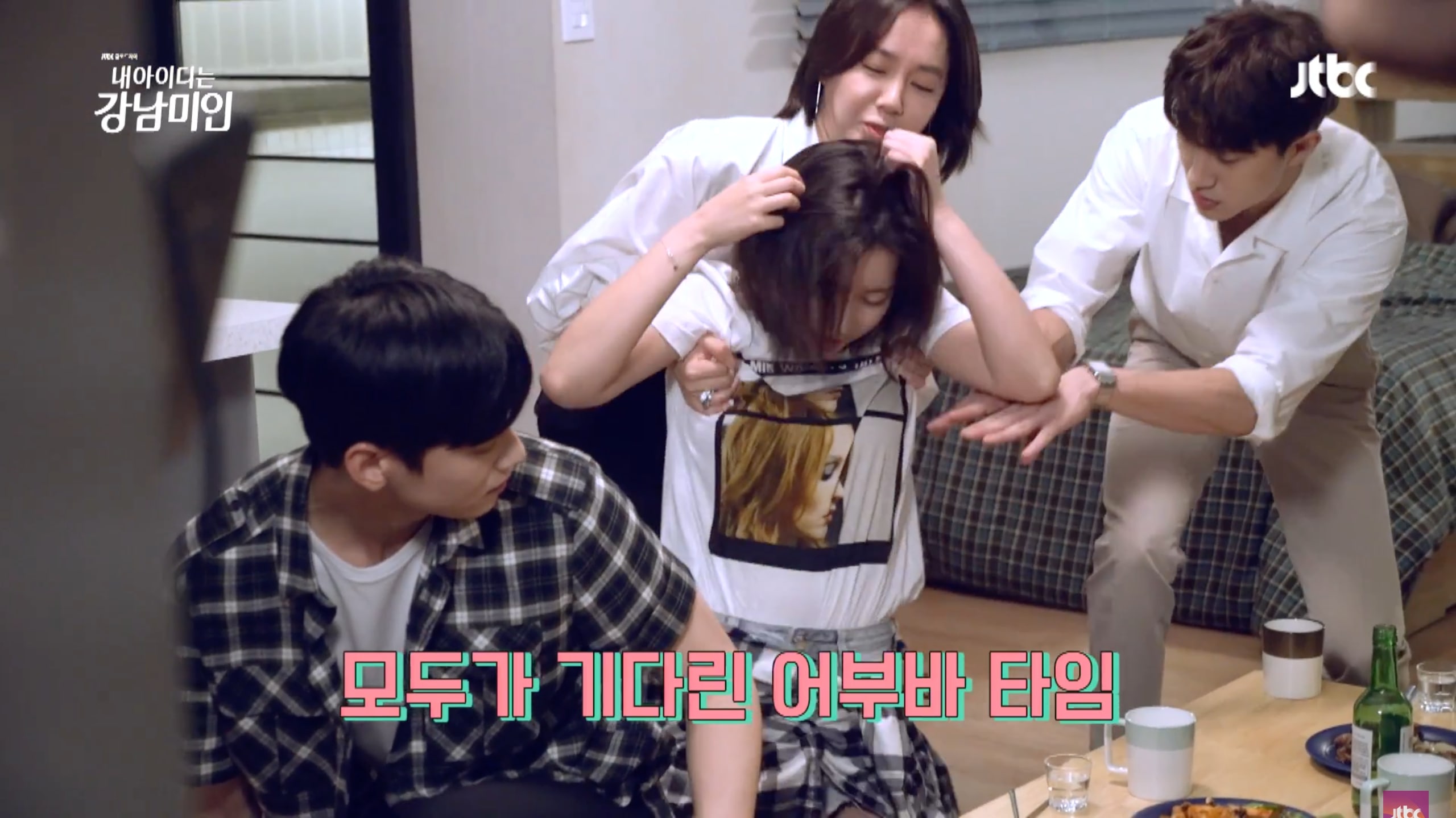 We have all been waiting for this epic scene! Im Soo Hyang warns Cha Eun Woo, “Prepare yourself. I’m sorry for eating too much Chinese food before the shoot.” 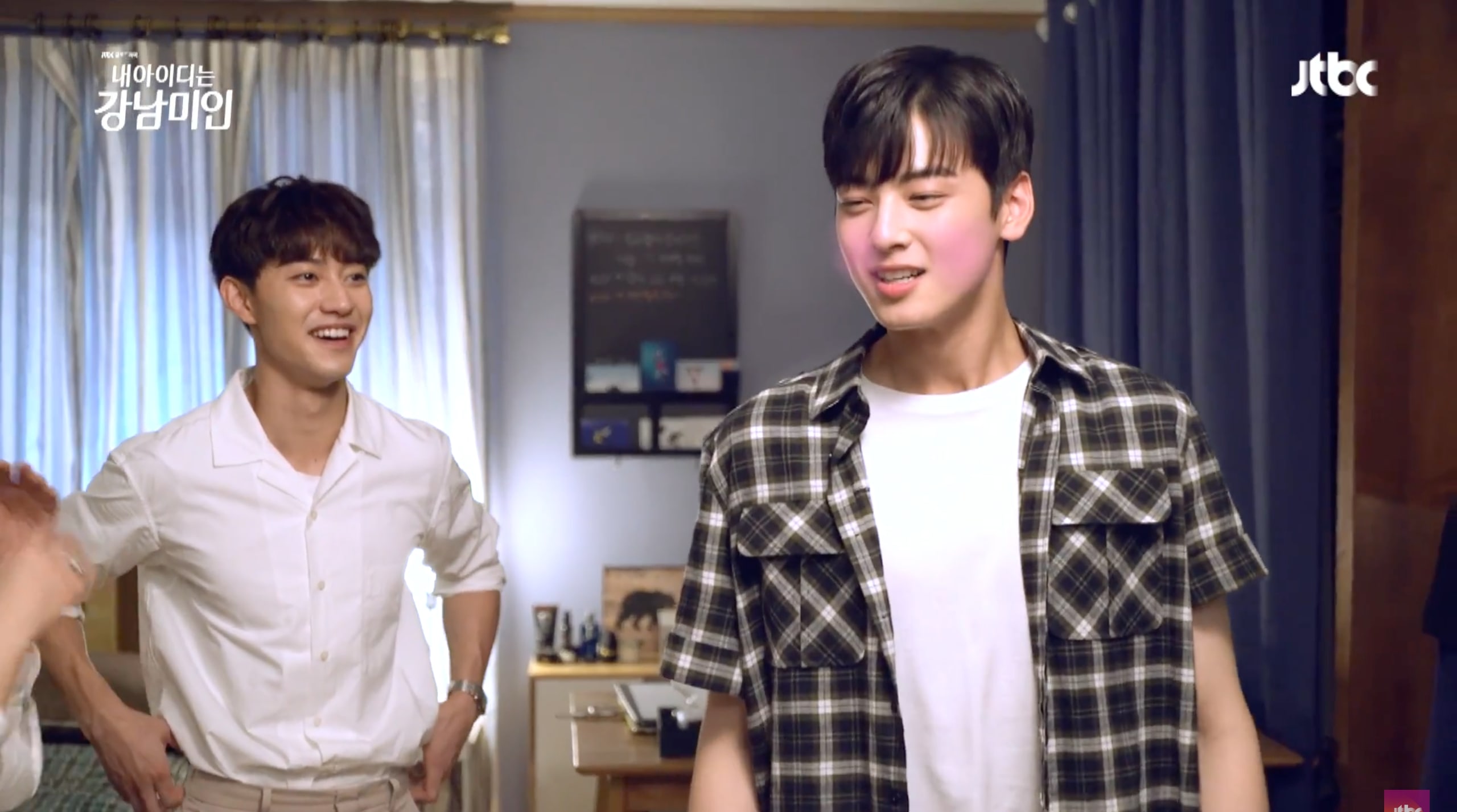 However, the problem wasn’t Im Soo Hyang’s full stomach. Im Soo Hyang’s breathing on his neck tickles Cha Eun Woo way too easily. He yells, “You can’t just breathe on my neck like that!” 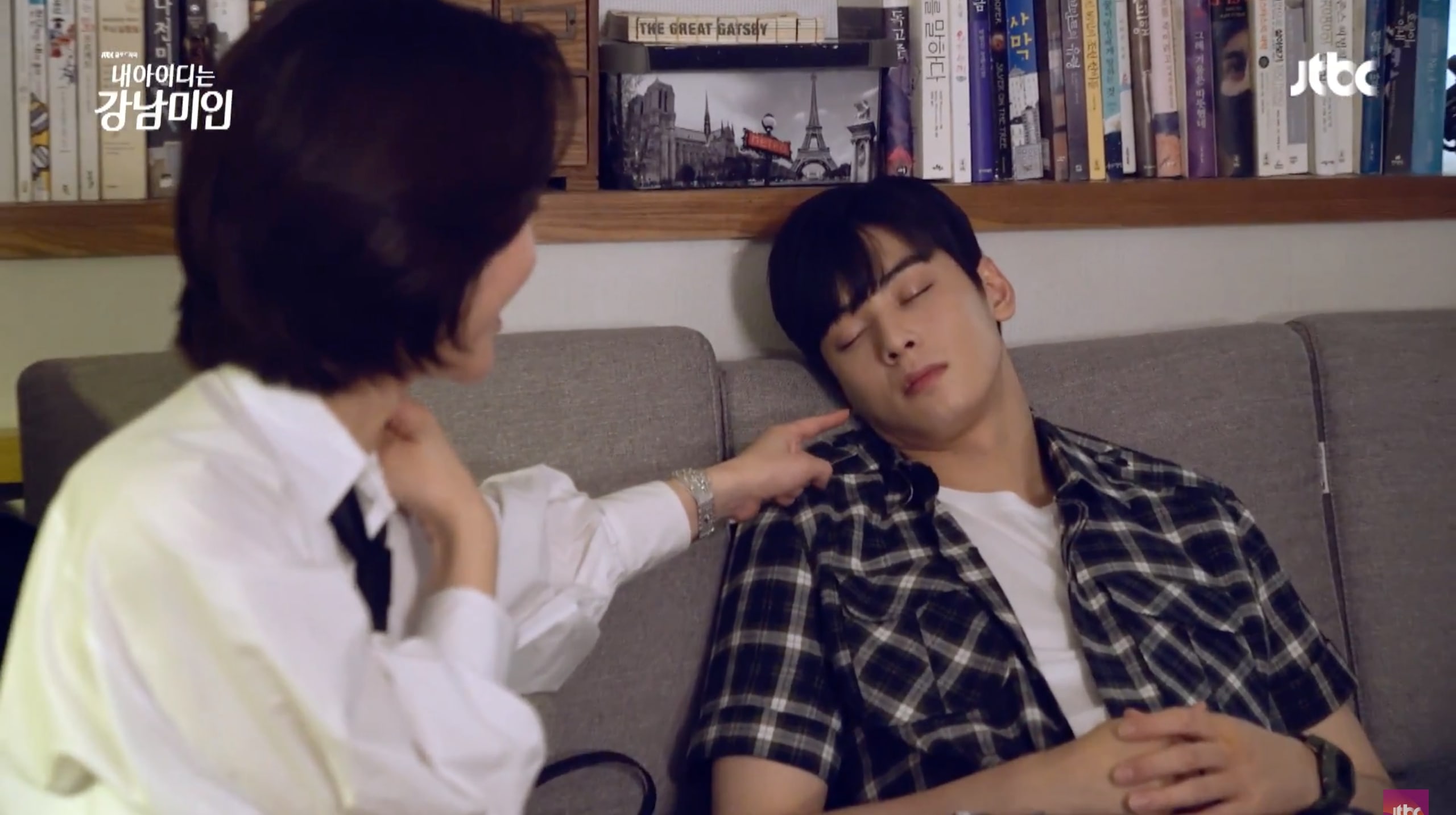 Cha Eun Woo used up all his energy while being tickled. While he dozes off for a few minutes, all the staff and co-actors adore him. Park Joo Mi exclaims, “It’s a power to make people automatically feel sorry for him even while he’s sleeping and unconscious.” 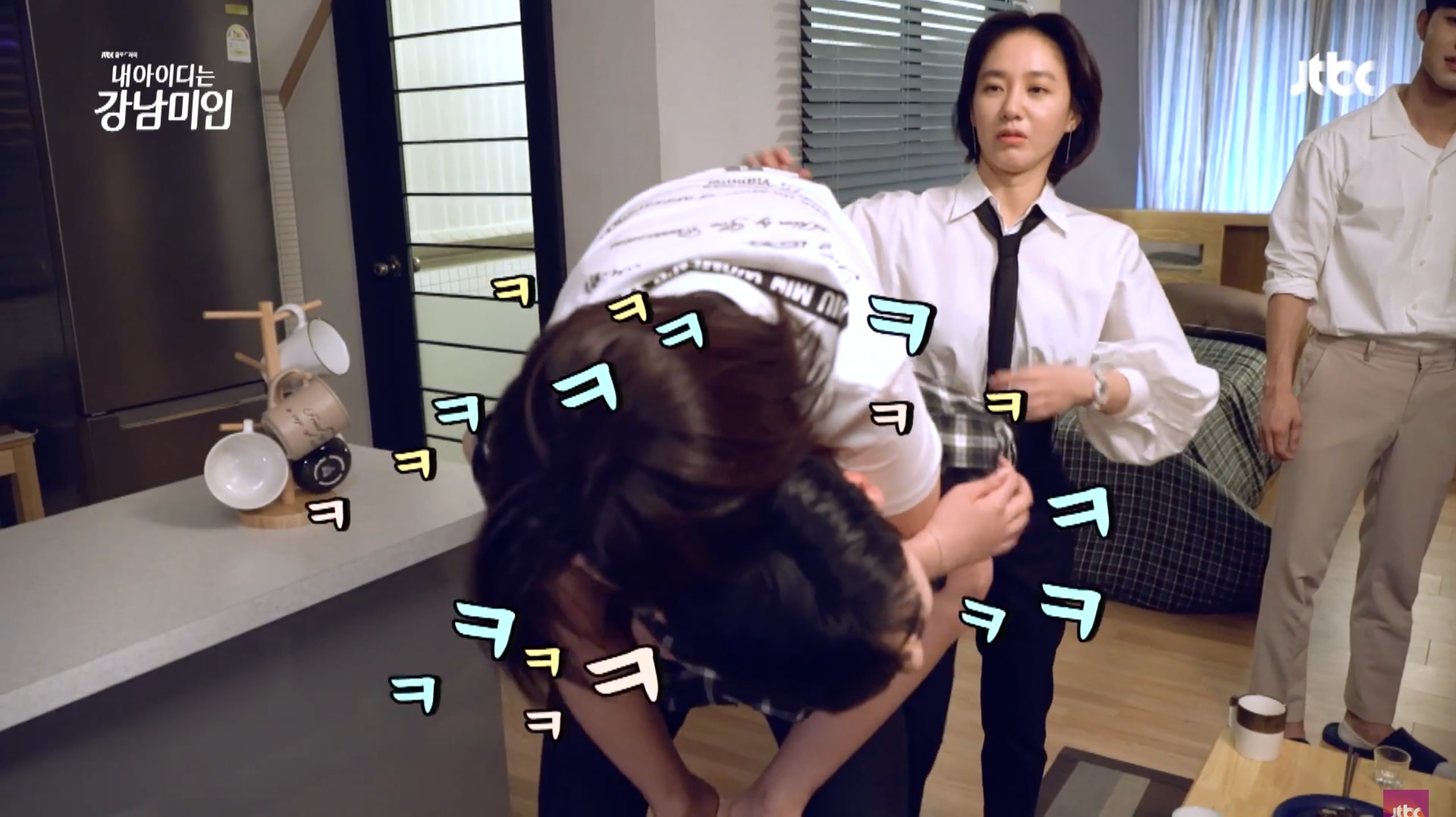 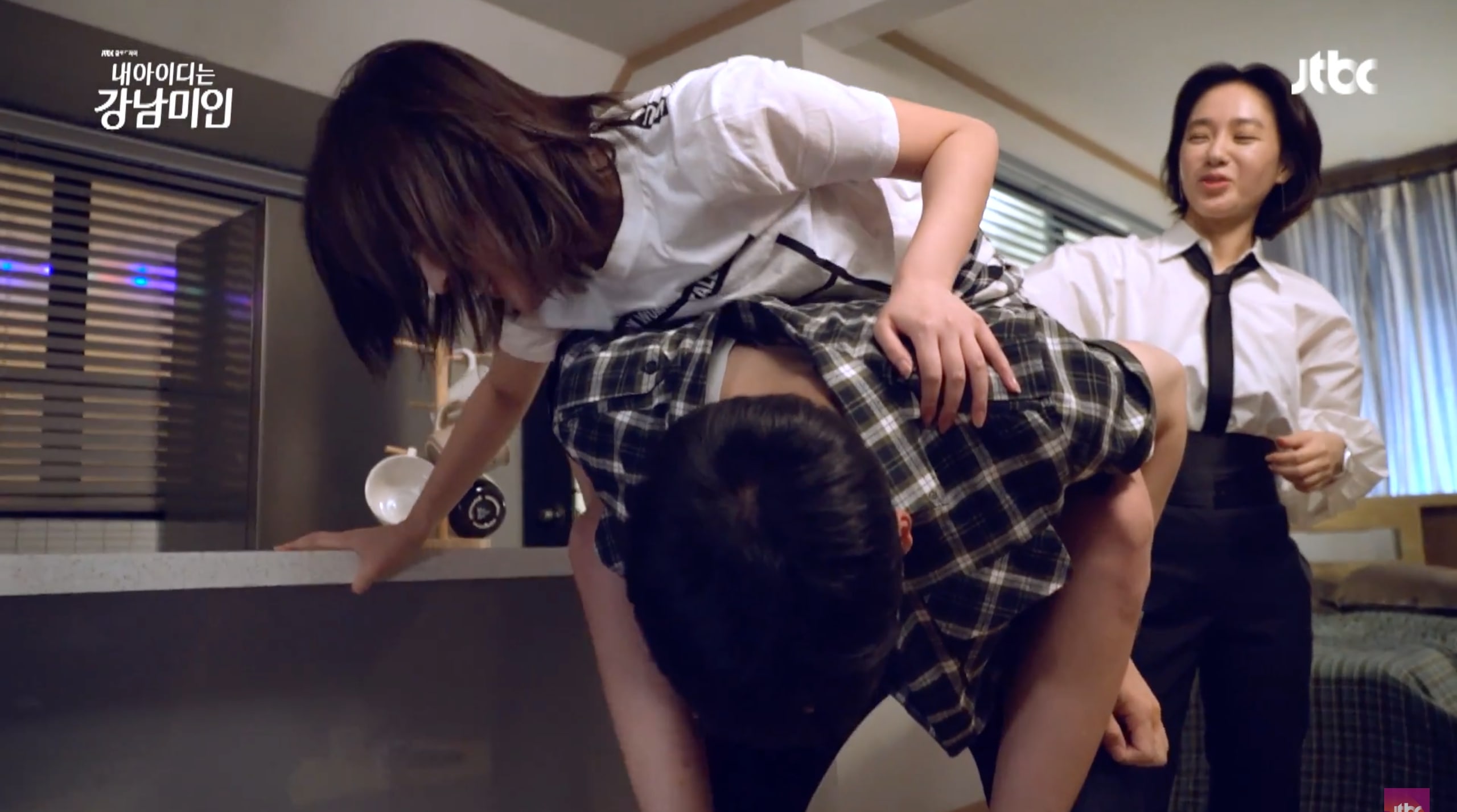 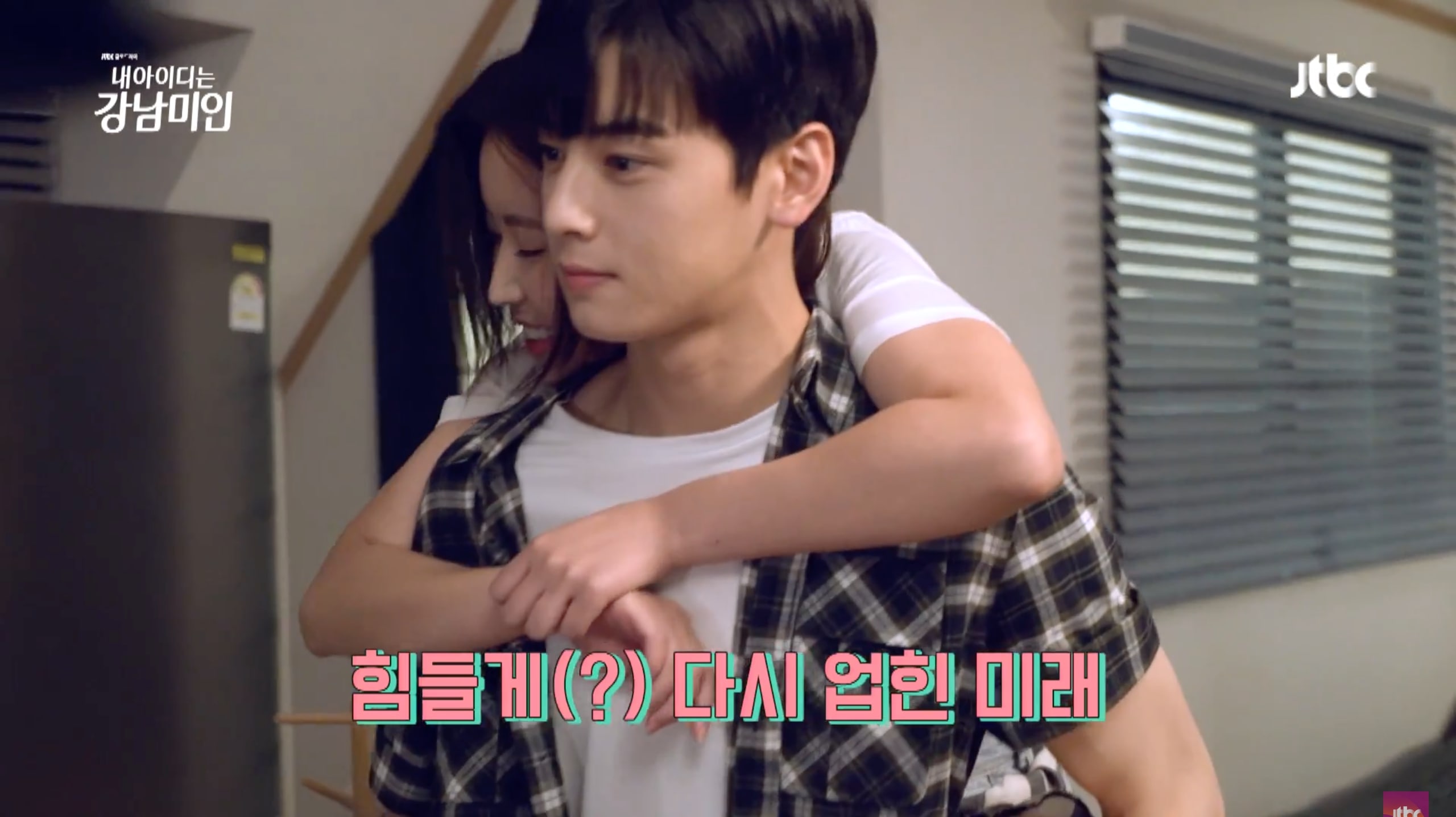 However, he is a man of will. He succeeds with a little help from Im Soo Hyang and Park Joo Mi! 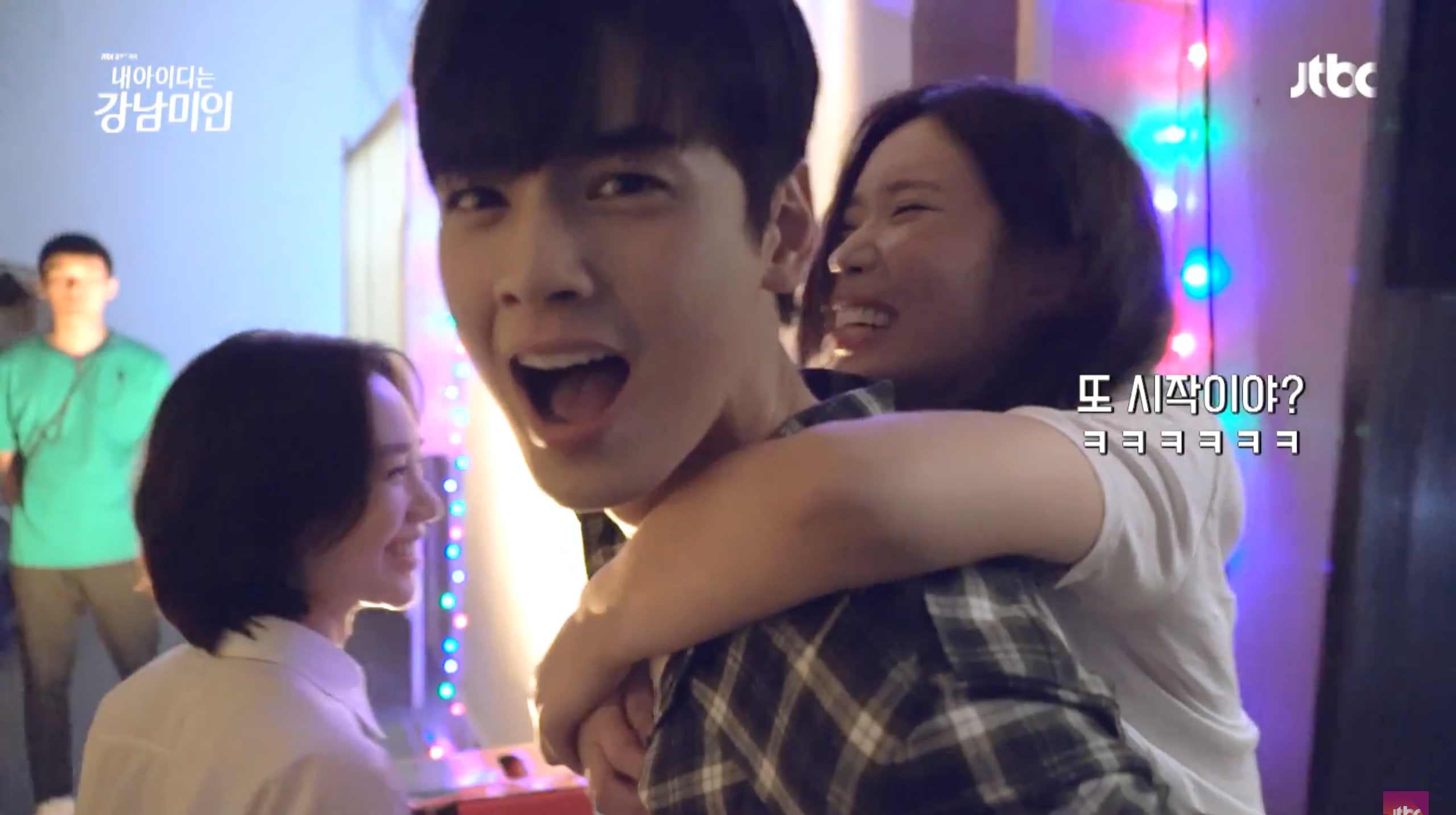 Check out the full making film below.

Cha Eun Woo
Im Soo Hyang
My ID Is Gangnam Beauty
How does this article make you feel?