There’s something incredibly exciting about watching someone pull off a con. Will they or won’t they get caught? The anticipation of seeing it all play out can be exhilarating and terrifying at the same time. On September 29, OCN is releasing a con-man centered drama called “The Player,” and with the excitement bubbling up, we’ve come up with a list of some of our favorite K-drama and K-film con artists!

Heo Joon Jae, Jo Nam Doo, and Tae Oh in “The Legend of the Blue Sea” 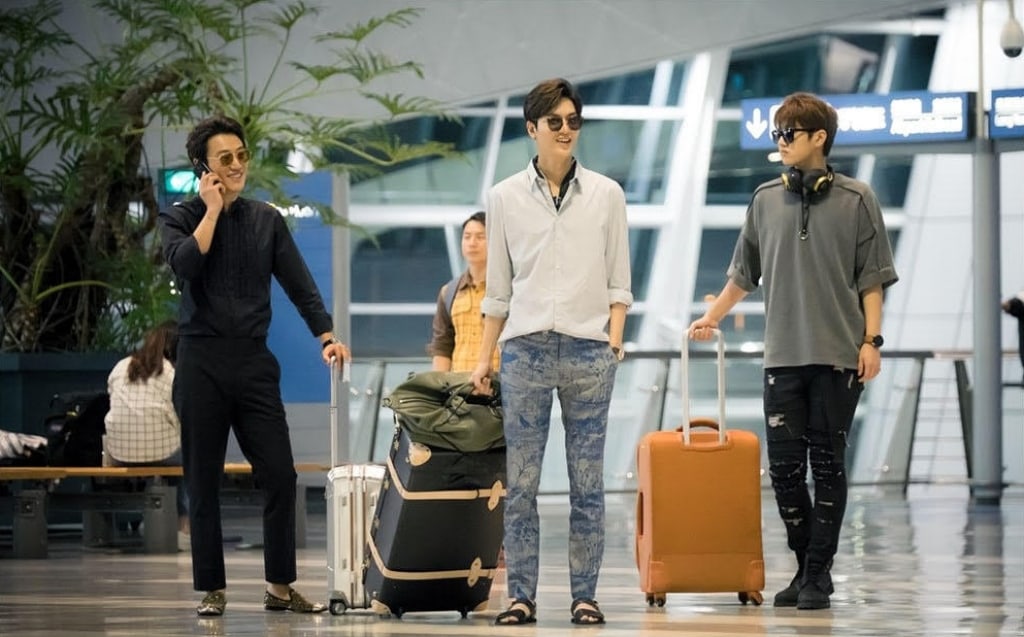 These three are at it from the get go! Using hypnosis, charm, and technology, this trio has no qualms about scamming money from the wealthy who abuse their power. However, we can’t exactly call them modern day Robin Hood characters, because instead of giving back to the poor, they use their reward money to fund all their personal vacations.

It’s also Heo Joon Jae (Lee Min Ho)’s solo con against Shim Cheong (Jun Ji Hyun) that gets him tossed into the world of mermaids, reincarnation, and the whereabouts of his estranged parents! It all starts with that damn jade bracelet. Even when he promises Shim Cheong that he will step away from his promiscuous lifestyle, we still find him turning back to his old ways with Nam Doo (Lee Hee Joon) and Tae Oh (Shin Won Ho). He has good reason though, because if his conning is successful then his family, friends, and him will have a happily ever after! “The Legend of the Blue Sea” offers what anyone would want in a drama: romance, fantasy, and heists! 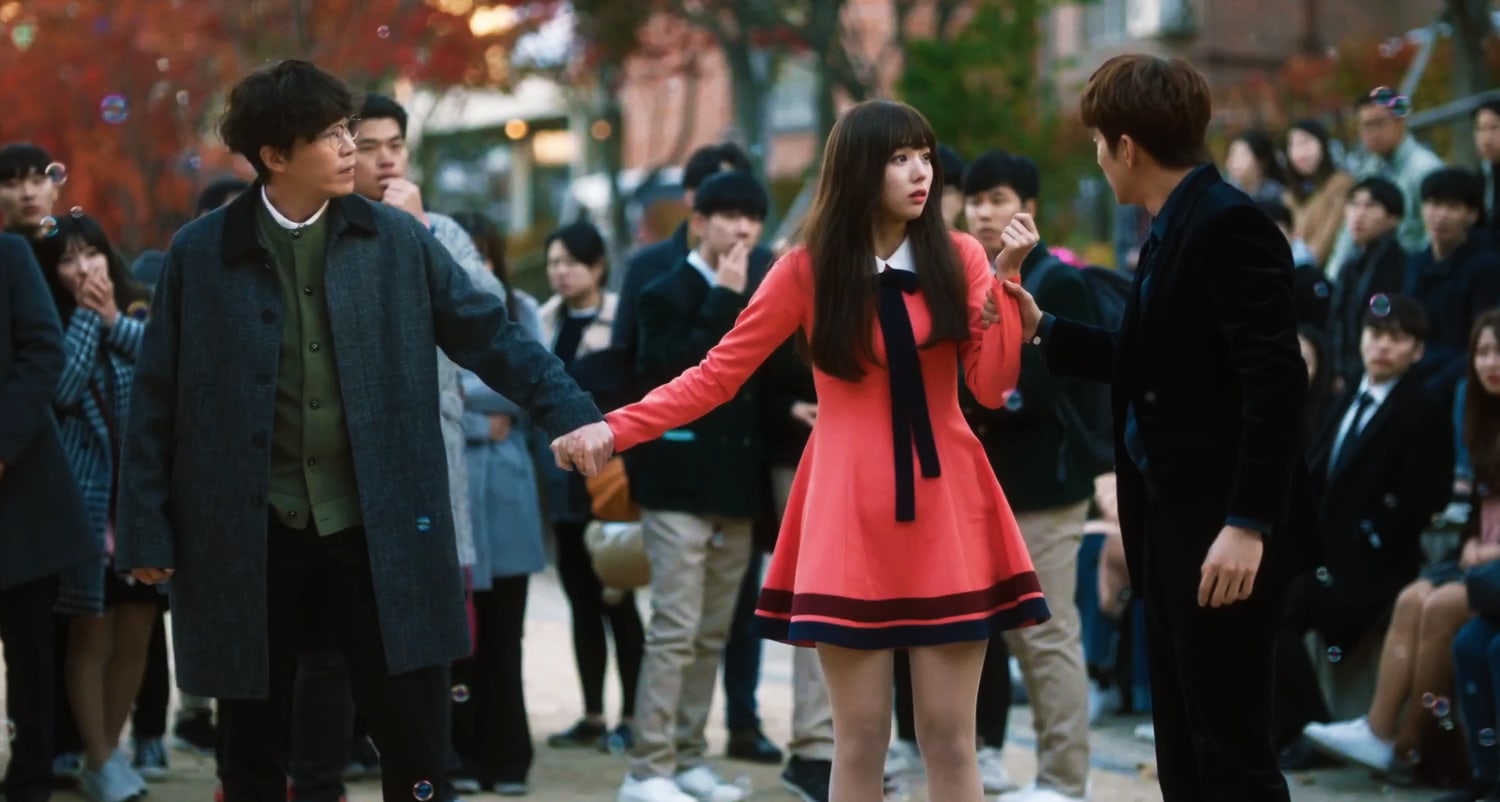 Comprised of mad scientists and his ex-girlfriend Jo Ji Ah (Chae Soo Bin), Hong Baek Gyun (Uhm Ki Joon)’s team is trying to pull the scam of the century! Desperate to piece his reputation back together in the science community, he sells an A.I. named Aji 3 to Kim Min Kyu (Yoo Seung Ho). However, the day before they have to deliver Aji 3 to Min Kyu, it malfunctions. Desperate to keep the sale, Baek Gyun begs Ji Ah to go in Aji 3’s place. Thus, the con begins.

Having already met Min Kyu on bad terms, Ji Ah has a rocky start. While she certainly gets the hang of pretending to be a robot as time passes, she blurs the very thin line of tricking Min Kyu. Whether it be hiding farts, friend mode, or stolen kisses under an umbrella, we are on the edge of our seats wondering if she will be caught! And it’s not just her relationship with Min Kyu that’s on the line, but also his life due to his allergy to humans! Packed with comedy, suspense, and romance, “I’m Not a Robot” is a must watch K-drama! 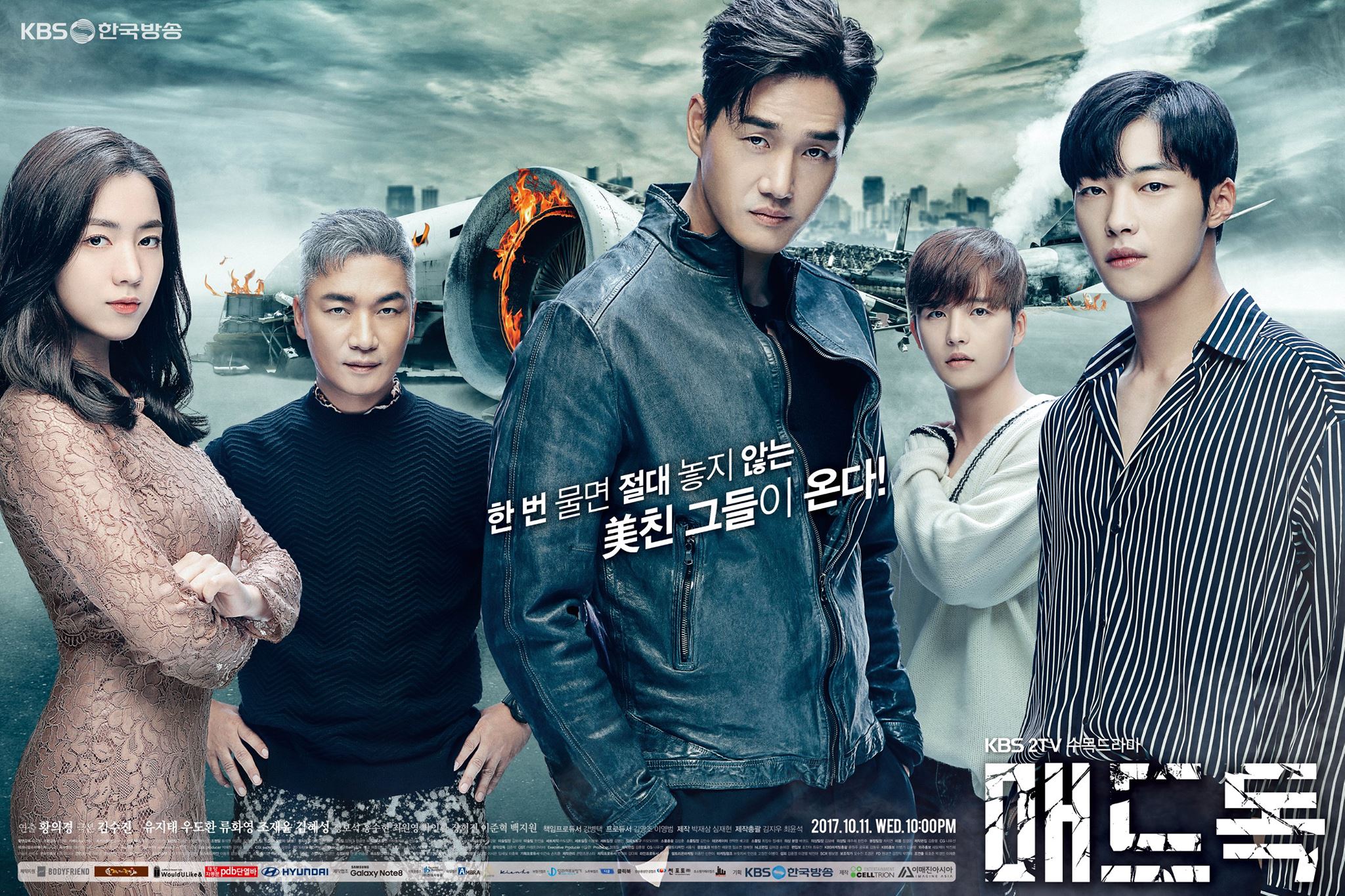 While the Mad Dog team is really a group of insurance investigators, they are sneaky and seductive when it comes to uncovering corruption. The first episode opens in the midst of their con, with Choi Kang Woo (Yoo Ji Tae) watching everything unfold as he plays lookout from a nearby rooftop. We’re in constant suspense as the members scale down buildings, chase the clock for a file download, and speed in car chases!

The most charming one of them all is Kim Min Joon (Woo Do Hwan), who cons his way into the team after a wager with Kang Woo. Unsure of why Min Joon has such a piqued interest in Mad Dog, Kang woo is often at odds with him, as are other members of the team. He also has an intriguing “will they, won’t they” relationship with Jang Ha Ri (Ryu Hwa Young). The tensions are never fully at ease until Min Joon’s ulterior motive of wanting Mad Dog is revealed. His intertwined past with Kang Woo fully unites them with a very daunting enemy. “Mad Dog” is a thrilling drama that constantly keeps us on our toes!

Sa Do Chan in “Switch” 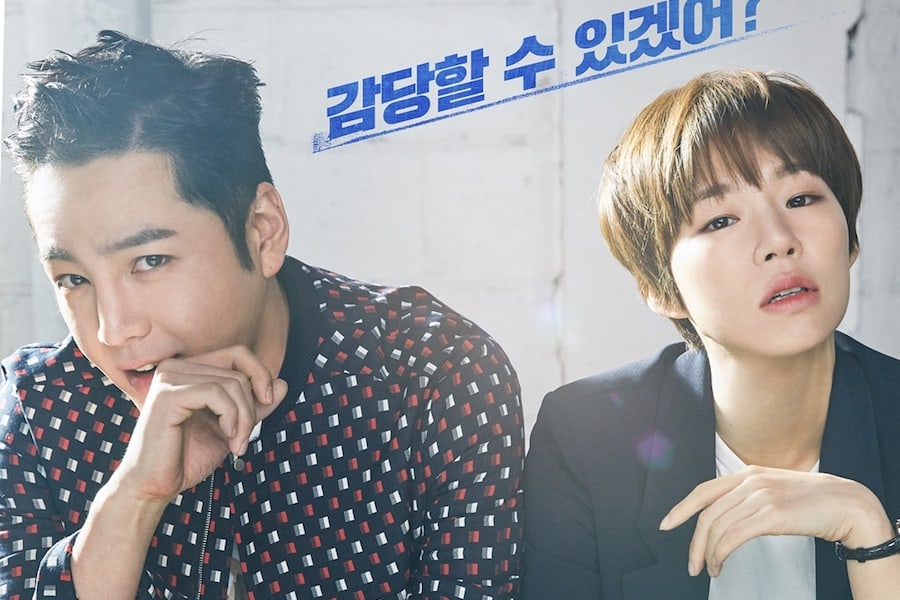 Sa Do Chan (Jang Geun Suk) is a charming and incredibly intelligent con-man. He enters the drama as if he’s James Bond, surging through the ocean on a boat. He has no problem recognizing if someone is conning him and he’ll happily play along. Even when he gets caught, he can weasel his way out effortlessly.

While he may be wanting to line his pockets, he’s certainly not a man without a heart! He’s willing to help Oh Ha Ra (Han Ye Ri) cover up the absence of her colleague, Baek Joon Soo (Jang Geun Suk), who has an almost fatal accident. He puts all his conning skills to the test as he pretends to be Prosecutor Baek, but he also looks for ways to indulge his own personal vendettas, especially those that have to do with his late father, who taught him all the tricks he knows. “Switch” is a drama that will have you stress-sweating with all the twists and turns, but it’s worth it! 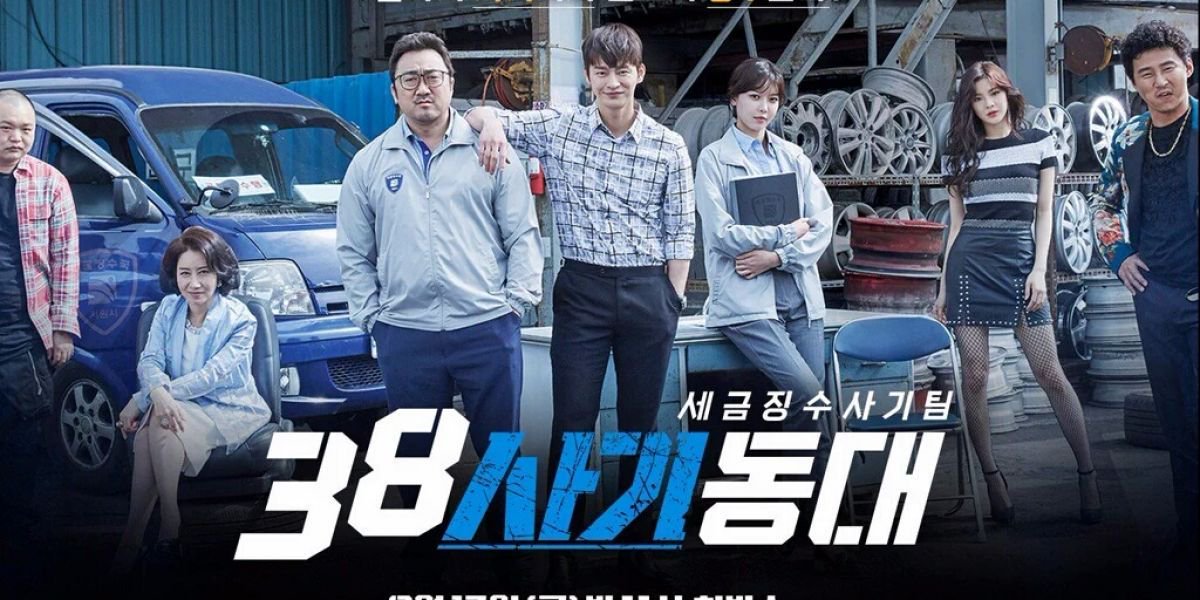 You can never trust a con man. There’s always a con within a con, within a con. While Yang Jung Do (Seo In Guk) certainly causes problems for Baek Sung Il (Ma Dong Seok) at first, they soon tag team to take down the men with the most unpaid taxes. Whether it be through voice phishing or face to face, Jung Do’s charms always entrap his mark. He may flash an innocent smile from time to time, but he’s able to scam anyone even when things don’t go according to plan.

Of course he doesn’t work alone, as he has a trusted team to lend him a hand! When a mark switches up meetings on him, they’re all ready to create a plethora of distractions so Jung Do can arrive and immerse into his role first. If not, well there’s always improvisation. However loyalties are almost always on the line. With the rich and powerful threatening every member of the team, and some harboring resentful feelings towards Jung Do, we never know if someone will blow the lid off the con. “Squad 38” is a drama that you can’t help but ignore your responsibilities to binge!

Lee Ji Hyuk, Park Jong Bae, and Kim Goo In in “The Technicians” 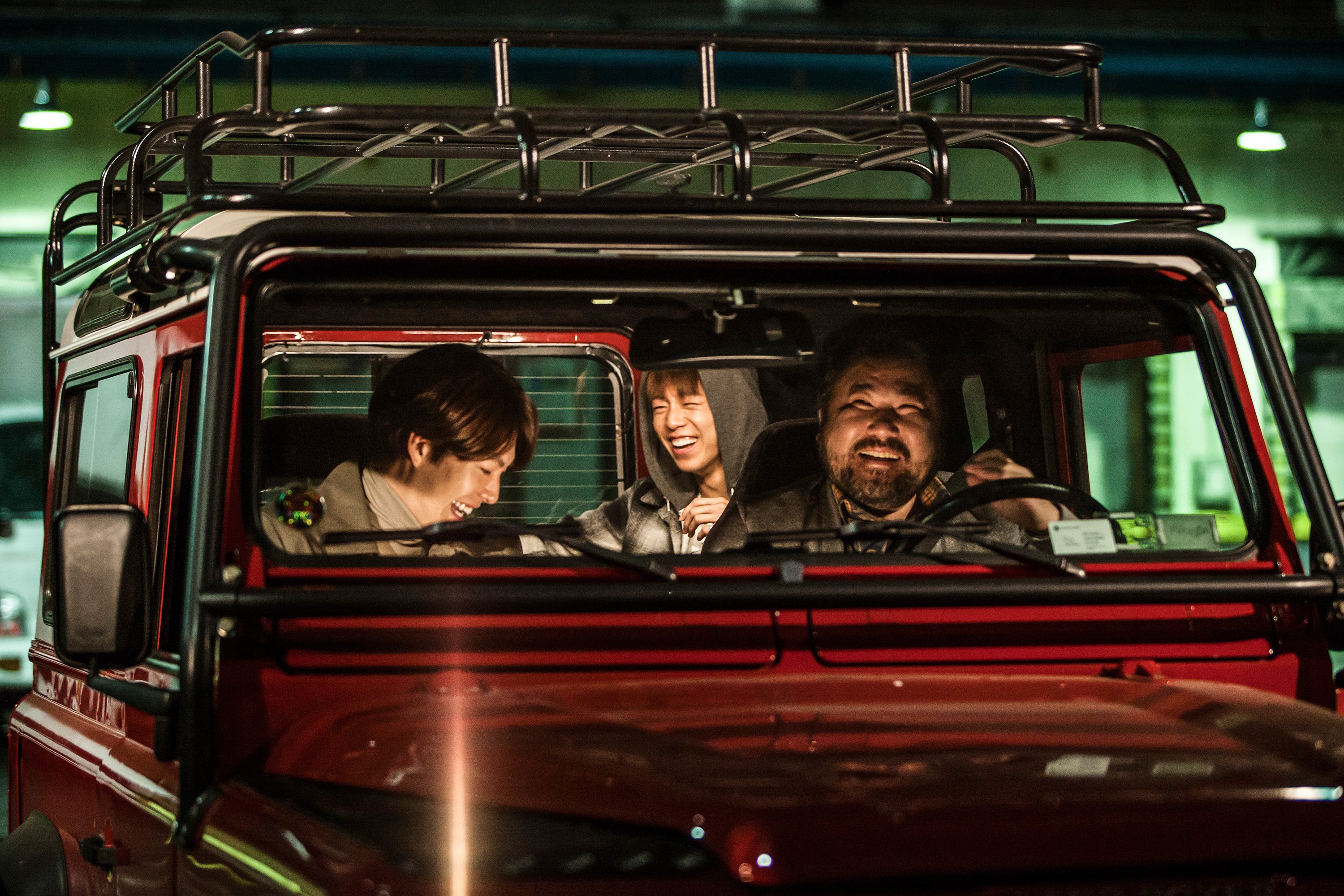 As he’s practically unknown within the conning world, Lee Ji Hyuk (Kim Woo Bin) can easily pull of the best heists. He’s an ace at opening safes that are advertised as impenetrable. Lee Ji Hyuk enters the movie running and jumping up stairs, and heroically jumping off roofs to escape security of the building he’s robbing. Parkour, anyone?

Perhaps these skills are what make him perfect for stealing a slush fund that President Cho Dae Jin (Kim Young Chul) blackmails him to do. Cho Dae Jin also blackmails Ji Hyuk’s partners, Kim Goo In (Go Chang Suk) and hacker Park Jong Bae (Lee Hyun Woo), who helped Ji Hyuk steal President Cho’s diamonds from a VIP suite. But Jong Bae is a rather new acquaintance to Ji Hyuk and has a reputation of double crossing his partners. The suspense is never-ending because we never quite know who Jong Bae is loyal to. Ji Hyuk or President Cho? As the movie unfolds it’s also clear that there are higher stakes that go beyond just going to jail. Friends and family need to be avenged as well. With incredible poker faces, the con men in “The Technicians” will surely have you guessing! 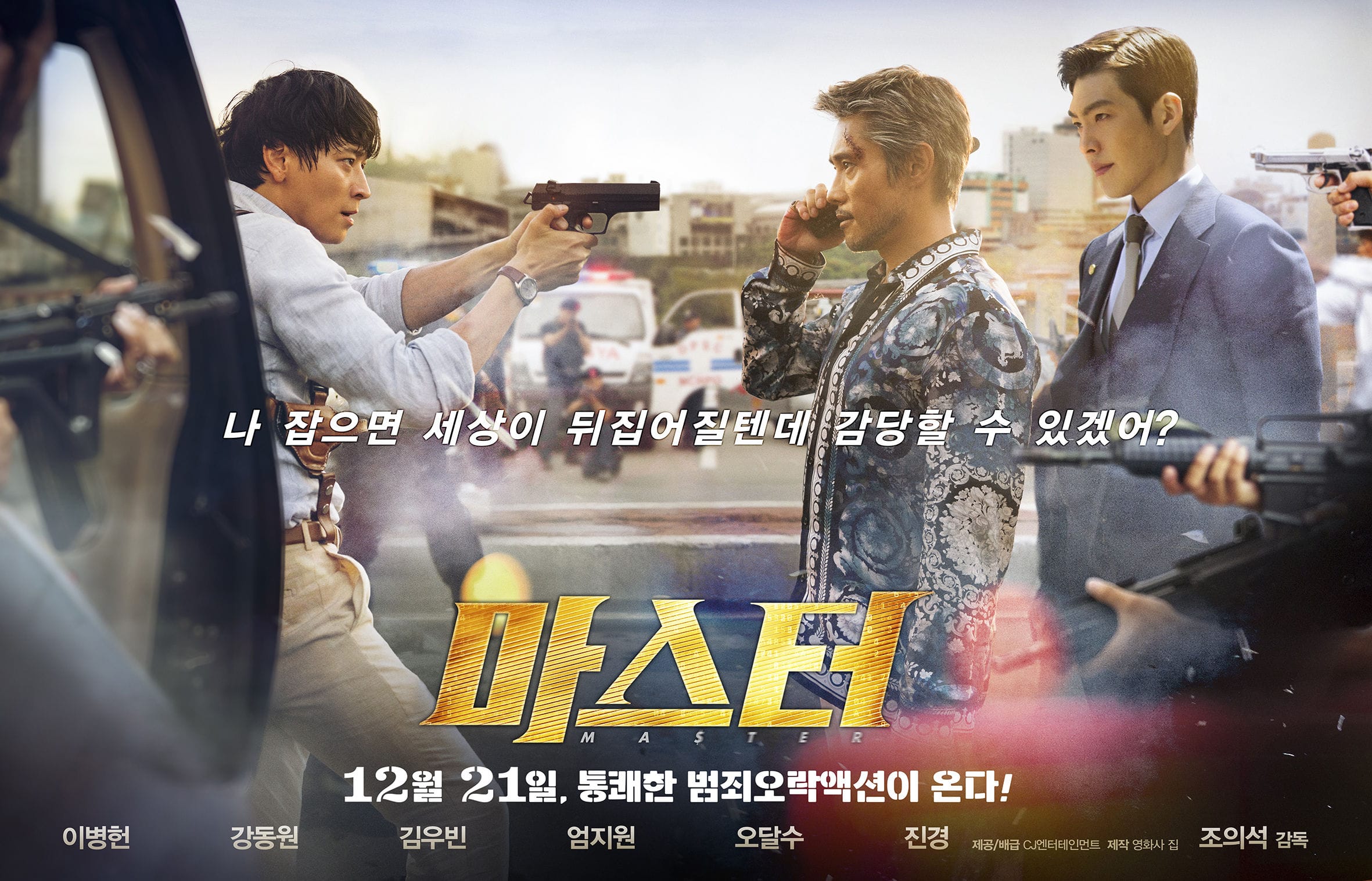 If you’re still missing Kim Woo Bin after “The Technicians” we recommend watching “Master.” Caught by the Financial Investigation Unit’s team leader Kim Jae Myung (Kang Dong Won), Park Jang Goon’s (Kim Woo Bin) will to survive is put to the test. He must choose between jail time or turning on his two partners, Chairman Jin (Lee Byung Hun) and Kim Eomma (translates to “Mom” in Korean) (Jin Kyung). The three of them have built a company that they use to commit fraud against the citizens of Korea.

It comes down to con man vs con man, as Jang Goon decides to fight for his freedom instead of the company. It isn’t an easy feat, as no shady behavior can get past Chairman Jin. Jang Goon is constantly holding his breath as he waits for the pin to drop. However, the biggest con man of them all may just be Jae Myung, as he has to use his brains and outsmart both of them to bring justice to the victims. Will Jang Goon and Jae Myung be discovered? Or will Jang Goon go to jail and their victims never be avenged? “Master” will have you holding your breath until the rolling credits!

These are just a few of the K-drama and K-movie world’s most charming con artists! Comment below which ones are your favorite and which of their cons had you falling out of your seat in anticipation!

Soompi Spotlight
The Technicians
Switch
Master
Squad 38
The Legend of the Blue Sea
Mad Dog
I'm Not a Robot
How does this article make you feel?