KHAN, a recently-debuted female duo made up of former The Ark members Euna Kim and Jeon Min Ju, modeled some sporty and retro looks with a touch of camo flair for the September issue of HIM, a military culture magazine.

On being duo, Jeon Min Ju said, “There’s more for both of us to do, but it’s also true that there’s more opportunity for us to shine individually. Because it’s just the two of us, we can focus more on each other.” Euna Kim added, “Teamwork is important. We need to fill each other’s [weaknesses] to be at 100 percent, and because it becomes harder on the partner if one person hits a bump, there’s a big sense of responsibility there.” 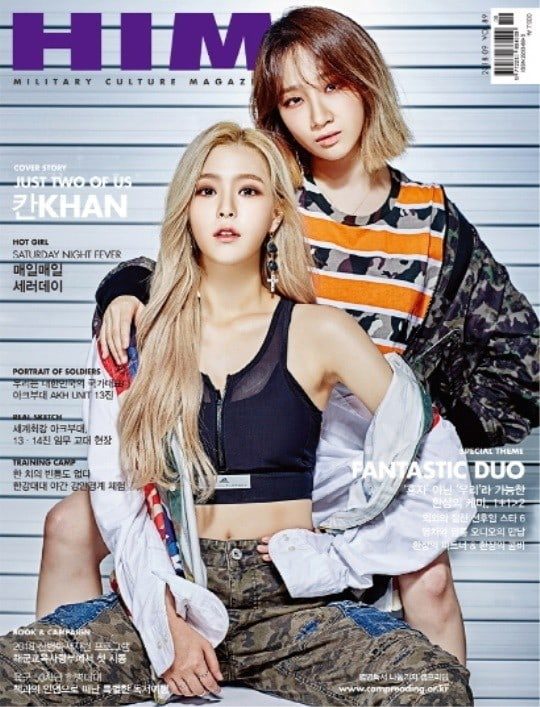 Their personalities match well and they’re just so happy to be back on stage again that there’s no reason for any conflict, said the duo. “Rather than fighting, we support each other. There are times when we’re lacking confidence for live performances, but we cheer each other on and say ‘we can do it.’”

Following their debut with “I’m Your Girl ?” in May, KHAN is preparing for their comeback. 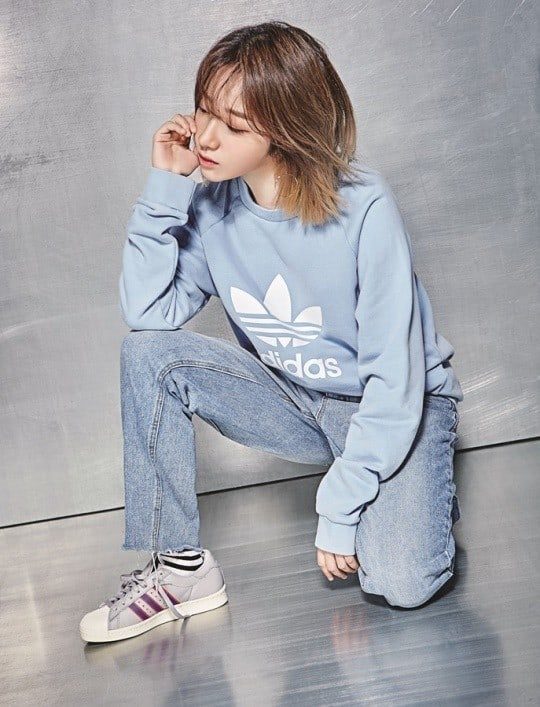 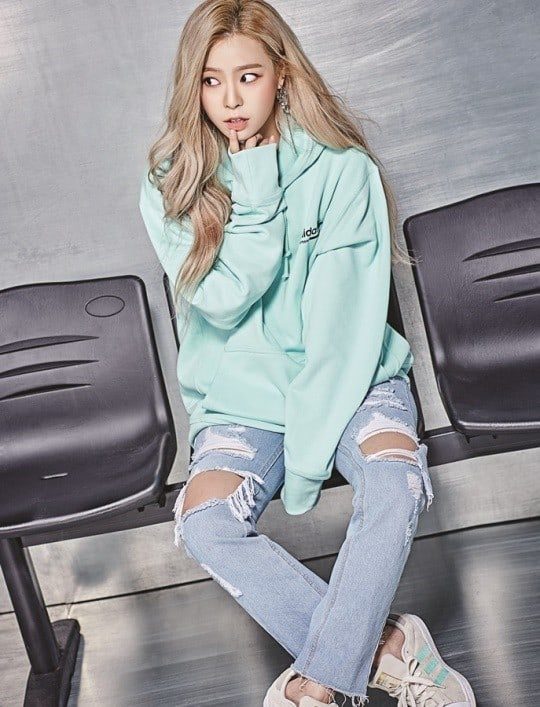 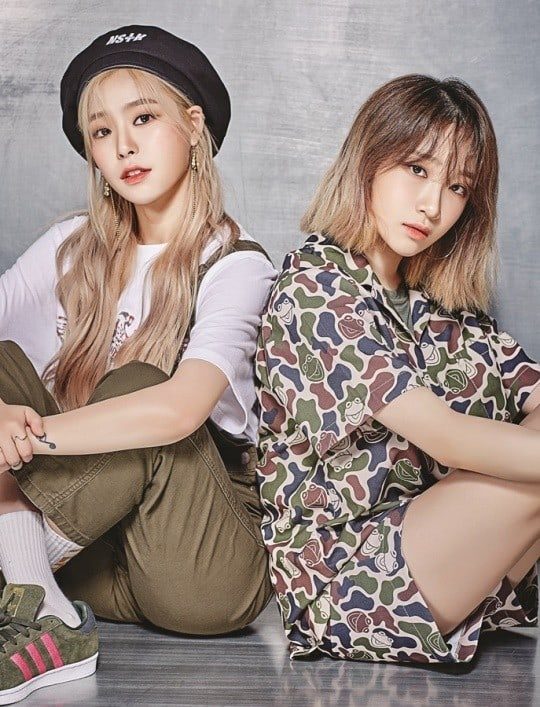 Khan
Jeon Min Ju
Euna Kim
How does this article make you feel?