On August 29, Longguo held a showcase for the release of his first mini album “Friday n Night” at the Yes24 Live Hall in Seoul.

After opening the showcase with a performance of his b-side track “Be With You,” Longguo said, “When I was on standby, I felt comfortable. But when it was almost time, my heart beat faster and I felt nervous. I’m feeling better than earlier, but I’m still a bit nervous.”

Longguo previously appeared on Mnet’s “Produce 101 Season 2.” After competing on the idol survival show, he officially debuted under the unit Longguo & Shihyun with fellow former contestant Kim Shi Hyun and then promoted as a member of JBJ.

When asked if he received support from the JBJ members, Longguo replied, “I heard that the members filmed and sent congratulatory videos. I haven’t seen them yet. I will watch it with fans at the fan showcase after this and react live.”

About the difficulties of promoting as a solo artist, Longguo said, “I recorded four new songs. During JBJ promotions, I only had to memorize my part, but now, I have to memorize an entire song. So, I got the lyrics confused and there were times when I recorded weirdly. Those kinds of things were hard, but I monitored myself after I finished recording that day, and was happy when good results came out.” 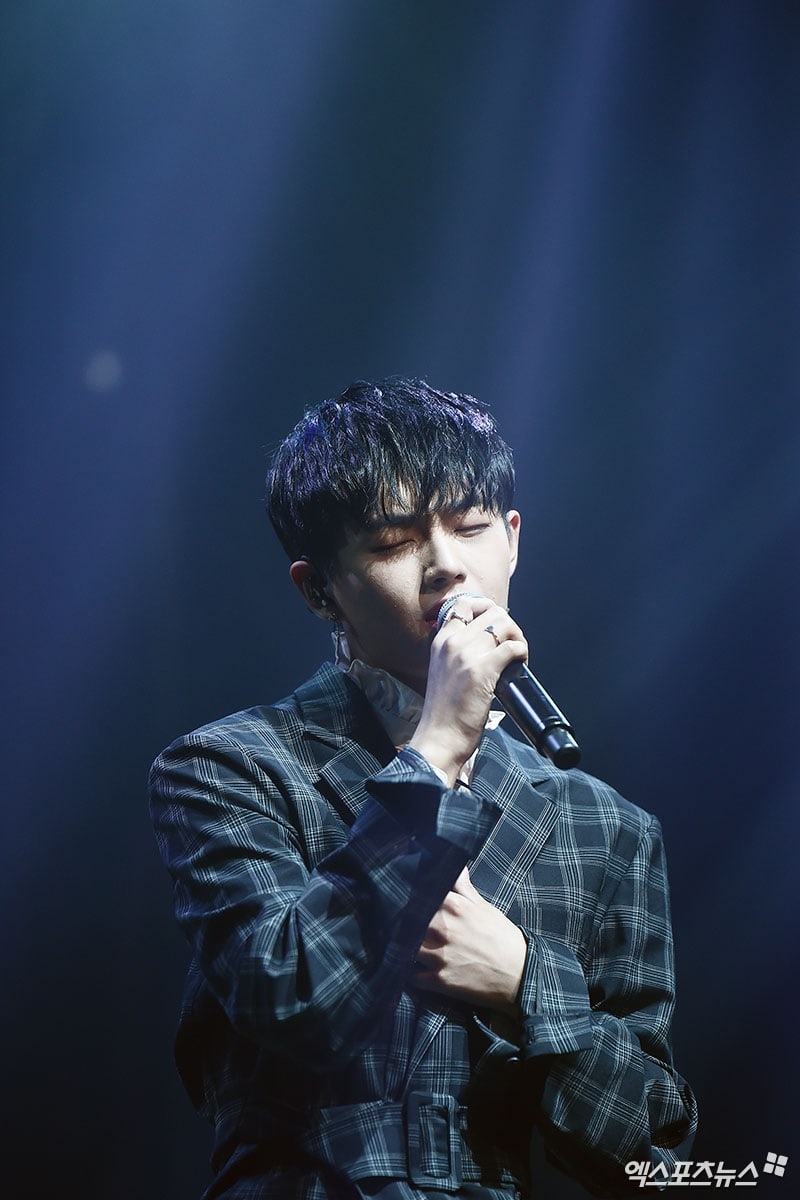 This mini album contains five tracks that are all of the R&B ballad genre. The title track “Friday n Night” talks about missing a past lover and not wanting to forget memories of that person. Longguo participated in writing the song and the lyrics of this pop ballad track.

Longguo explained the name of the mini album and title track by saying, “I expressed feeling lonely on a Friday night after working hard Monday to Friday, and missing a past lover. The lyrics were changed a little. I think the reactions are good.”

On being involved in the writing and producing process, he said, “It’s my album and I’m singing it, so I wanted to personally write the lyrics and participate in its making.”

In response to the MC’s question if his personality is really similar to a cat’s, the singer explained, “That’s correct. When I see cats, I think their personality is similar to mine. It’s similar in how we like quiet places and corners, and places where there aren’t many people. When I’m resting, I like to rest alone rather than hang out with many people. I think I’m similar to cats in that way.”

After stating that he wants to be described as having a nice voice, Longguo added, “I want to the public to know the name Yong Guk more. I want to become a popular singer.” He also said to his fans, “Thank you for waiting.”

Longguo’s first mini album “Friday n Night” and MV for the title track of the same name were released on August 29.

XPN
Longguo (Kim Yong Guk)
How does this article make you feel?