BLACKPINK’s Rosé Gushes Out Her Love For Desserts

BLACKPINK’s Rosé, comedian Kim Jae Woo, and chef Lee Jin Hwan appeared as guests on tvN’s “Wednesday Food Talk” on August 29. This episode was all about desserts. The guests talked about macaron, famous for its softness and chewiness, and cakes. Rosé changed the lyrics of “As If It’s Your Last” and sang a ‘macaron’ song for the cast. Everyone smiled at her singing.

The cast shared their thought towards the dessert macaron. Lee Jin Hwan said the charms of macarons were “the sweet scent that lingers on your nose and the bright colors that satisfies your eyes.” He said it “feels like I’m casting a spell.” Kim Jae Woo pointed out that in order for a macaron to be delicious, the filling should not be too soft but have some sturdiness. Rosé agreed by saying that two factors, how crispy the outside is and how soft and chewy the filling, are very important for her. 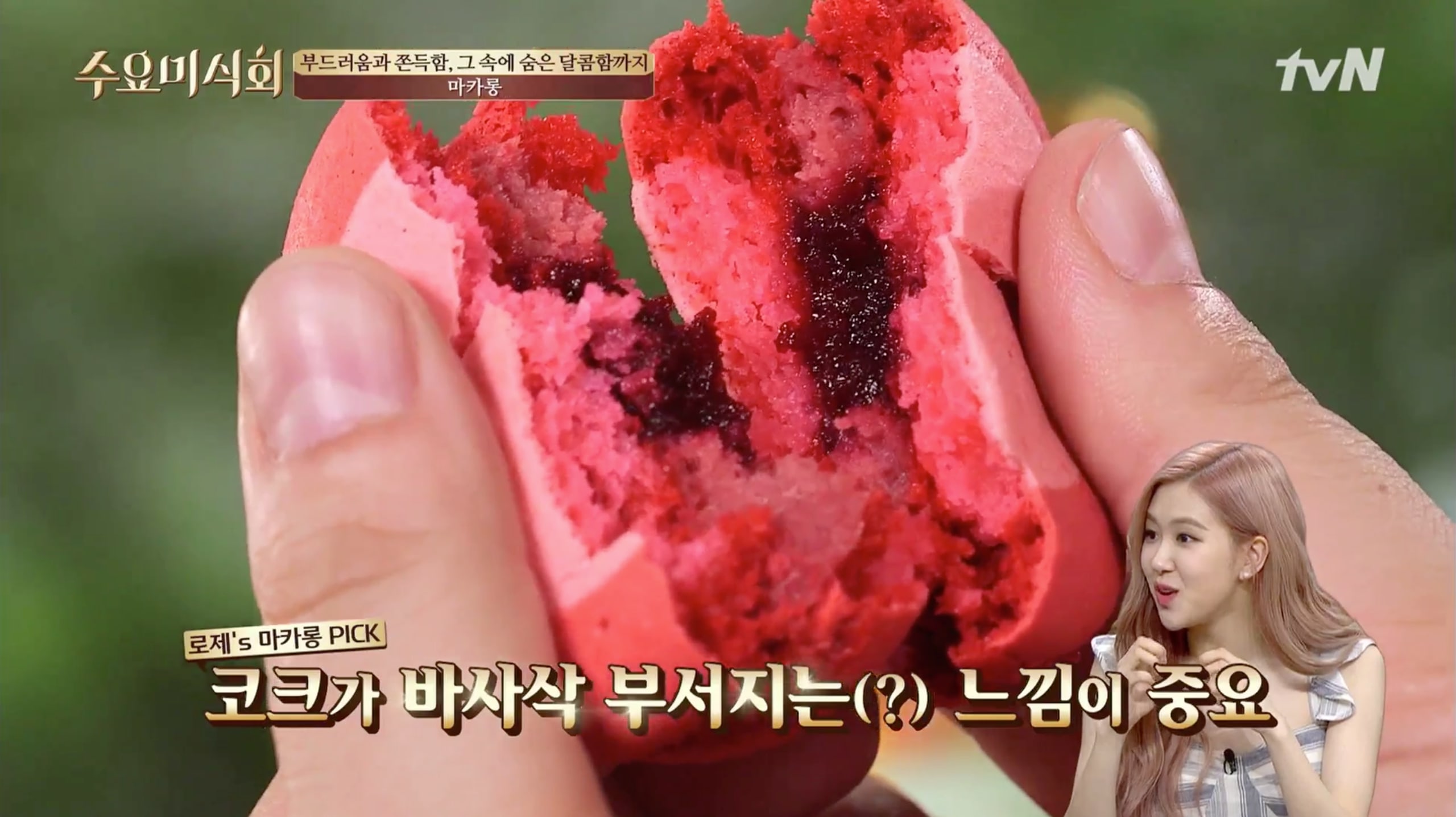 After sharing their thoughts on macarons, the guests moved on to talk about a beautiful dessert cafe with a large open garden. Rosé exclaimed that she could not stop telling her manager about this place because it was so pretty and nice.

The guests then introduced a new dessert called “Dosan Melon.” Kim Jae Woo said that when he first saw the menu, he thought that it was ice cream. “When I cracked it open, it was filled with melon, pineapple, and cream. I loved the fantastic harmony of sweetness and the fresh feeling that only fruits can have” Rosé also had a thing to say about the avocado dessert. All the guests smiled as she said in a bubbly voice, “It was so delicious that I could not stop scooping it up with my spoon and gobbling it all down.” 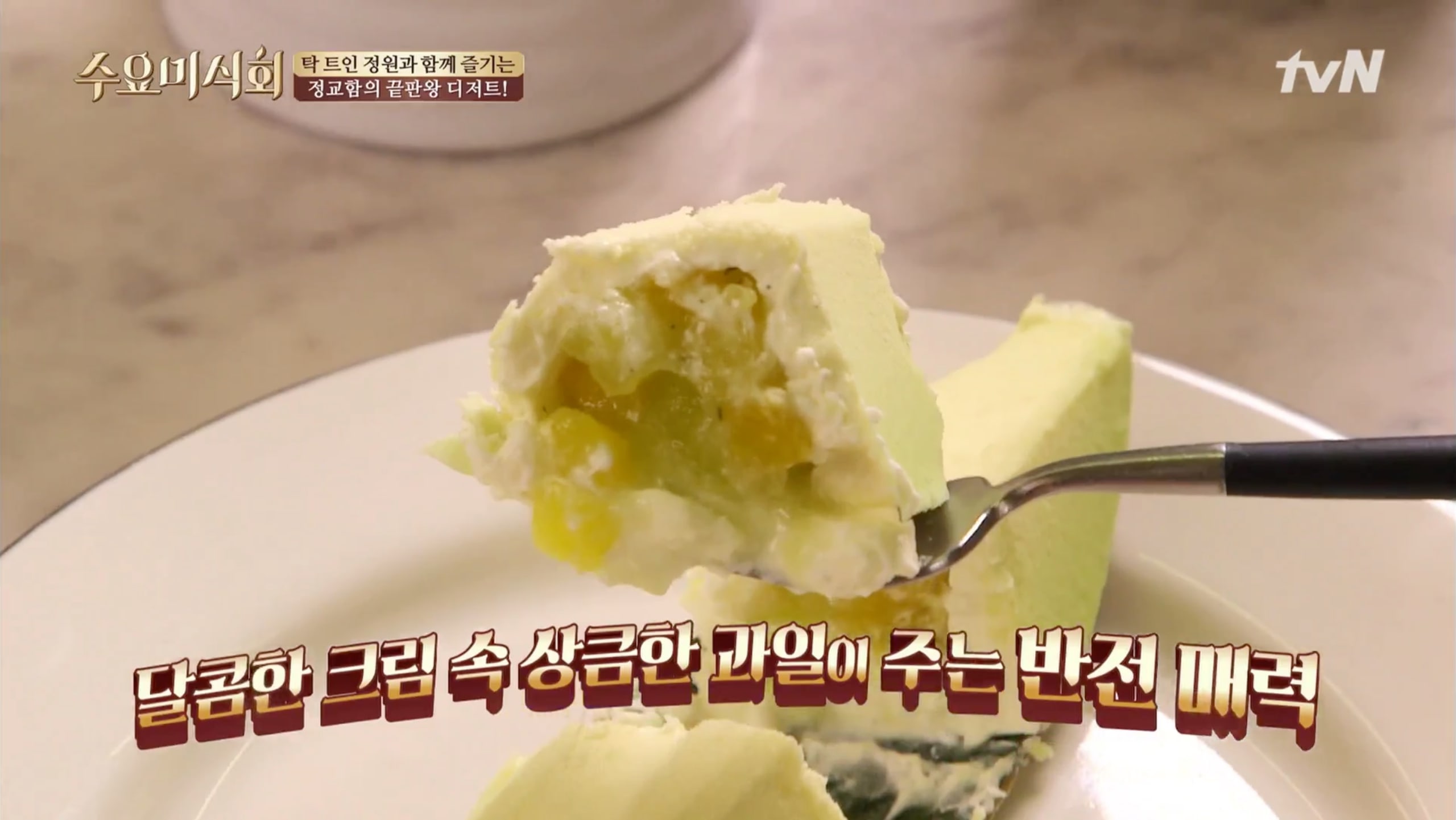 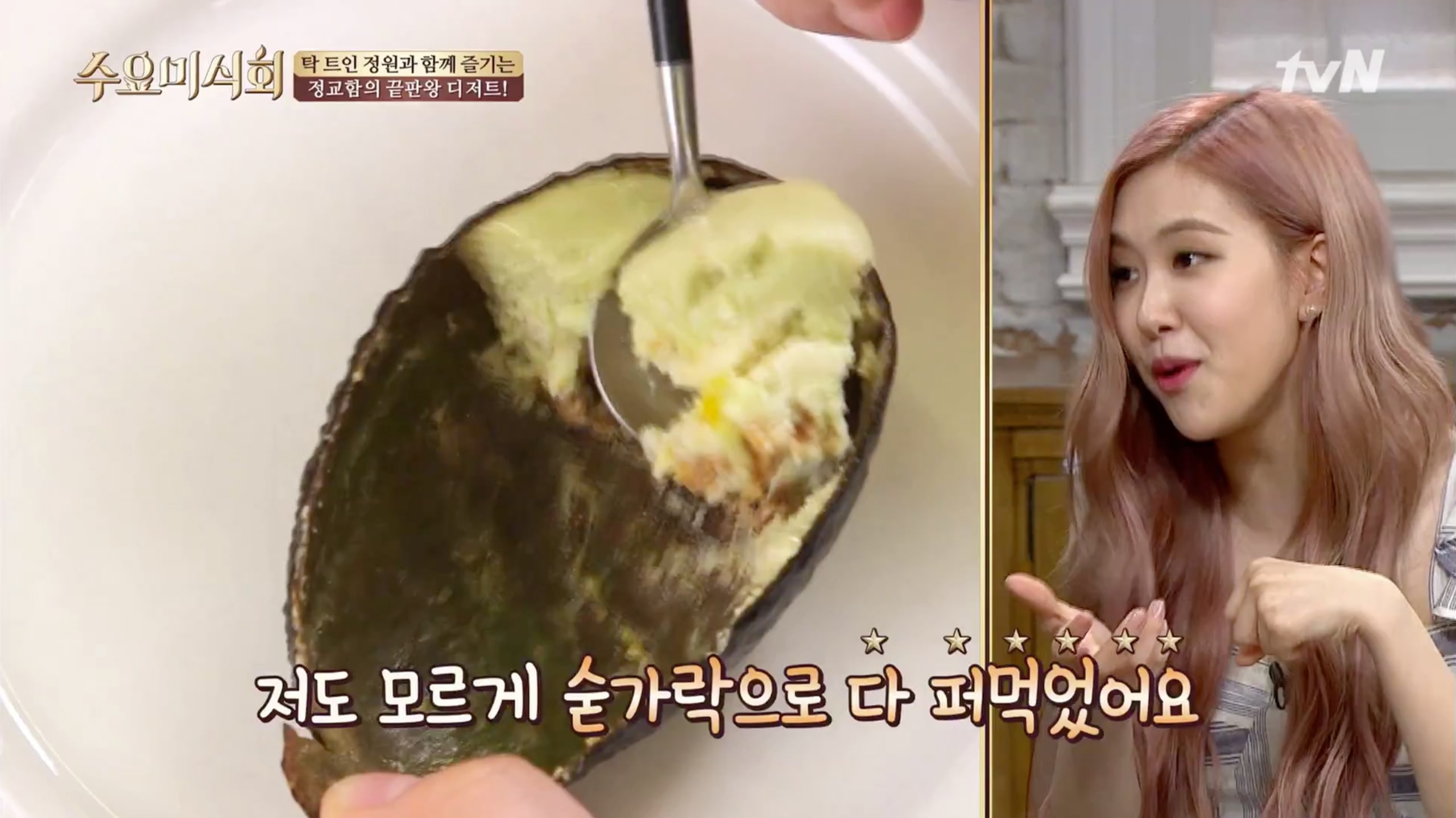 The show revealed another macaron place. The placed opened at 2012 and gained popularity among macaron lovers by word of mouth. Their main menu is the blue cheese macaron. Kim Jae Woo said, “I was surprised at first, but I could feel its charm as I kept eating. It was fascinating.” Lee Hyun Woo described, “Eating one was enough to fully experience its taste. It was heavy but soft. The balance of the sweet and salty flavors were perfect.” Rosé said that when she was eating it, she felt like she was eating an actual piece of blue cheese. She recommended the menu to people who like cheese.

We know that Rosé loves macarons! What’s your favorite dessert?

BLACKPINK
Wednesday Food Talk
Rosé (BLACKPINK)
How does this article make you feel?