iKON appeared on SBS PowerFM’s “Park So Hyun’s Love Game” to talk about their recent Korean concerts and their upcoming busy schedule, as well as to tease their upcoming performance at the closing ceremony of the 2018 Asian Games!

When asked to share the most memorable and happiest moment in his life, B.I said, “We had our first concert in Korea in two and a half years, and it was so much fun. The weather was quite chilly and didn’t feel like summer, but the concert made me feel happy,” and “I teared up [at the concert] because it was our first in a while and the memories of our struggles filled my head.”

Yunhyeong said, “It was our first Korean concert in a long time. I wrote down all of the things I had wanted to say to our fans in a letter, but I was overcome with emotions. What surprised me was that Donghyuk cried as well.” To this, Donghyuk responded, “I tried really hard not to cry, but when you’re a younger member and you see the older members crying, you empathize with them and start tearing up too. I tried to hold it back but I couldn’t.” 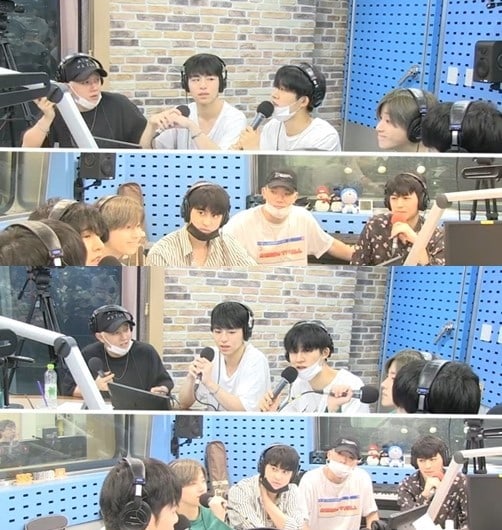 iKON is set to embark on a world tour that will take them to places like Sydney, Melbourne, Taipei, Kuala Lumpur, Bangkok, Singapore, Manila, Jakarta, and Hong Kong. B.I said, “I think we’ll be returning with something new while being on tour at the same time. I think we’re going to be running non-stop this year. I glanced at our schedule and we don’t have a single day off till October. We’re grateful to have these chances to meet our fans.” Donghyuk added, “There are a lot of places we’ll be going to for the first time. We’ll put on fun performances, so I hope lots of people come.”

Not only this, but iKON will also be performing at the closing ceremony of the 2018 Asian Games along with Super Junior. B.I said, “We’re singing four songs,” while Junhoe said, “No, it’s two songs.” They had everyone laughing when it was revealed that Junhoe was the one stating the truth and Jinhwan explained, “I think B.I was trying to purposefully confuse people to make it a surprise.” They concluded by stating that they won’t be revealing what songs they’ll be performing.

What songs do you hope iKON will perform at the 2018 Asian Games closing ceremony?

iKON
Park So Hyun's Love Game
How does this article make you feel?