BTS has won the Daesang (grand prize) at the 2018 Soribada Best K-Music Awards!

On August 30, Soribada’s second annual award show was held at the Olympic Gymnastics Arena in Seoul. BTS won three awards in total, including the Daesang, a Bonsang (main prize), and the World Social Artist Award.

When BTS was awarded the Daesang, leader RM first called out to their fans ARMY. He commented on how the group had achieved their dream of holding a solo concert at the venue three years ago thanks to their fans, going on to perform at the Gocheok Sky Dome and the Jamsil Olympic Stadium.

“We’re seven boys who believed we weren’t special, but I hope you know that those of you who are watching this award ceremony are the ones who made us special,” he said, and thanked everyone for the experience of receiving a Daesang while they’re promoting. “We hope that we can make your day and your life a bit more special too.” 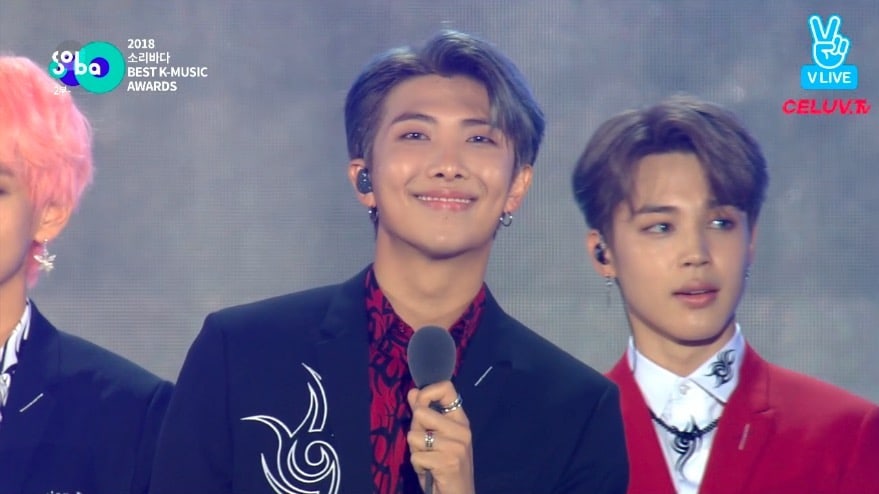 He added in English, “I want to say thank you and we send our love to all the international fans all over the world. Thank you, ARMY!”

The BTS members took turns yelling “I love you!” and “Thank you!” into the microphones, before they performed “Fake Love” as the show’s encore. 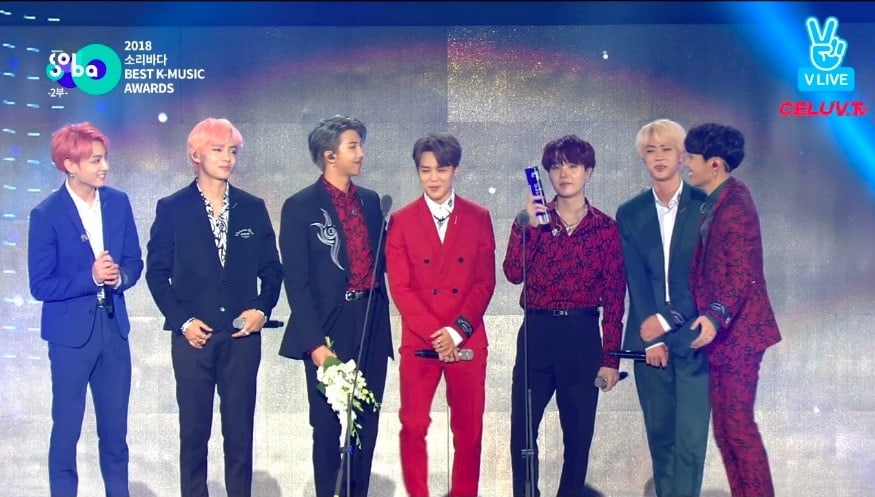 Congratulations to BTS! Find out about all the winners from the show here.

The full 2018 Soribada Best K-Music Awards is exclusively on Viki! Check out the first episode below.

BTS
2018 Soribada Best K-Music Awards
How does this article make you feel?