IZ revealed their official colors just in time for their first anniversary!

On August 30, IZ shared the exciting news on their Twitter account. IZ announced that these represent the group’s unique colors that will give happiness to their fans. 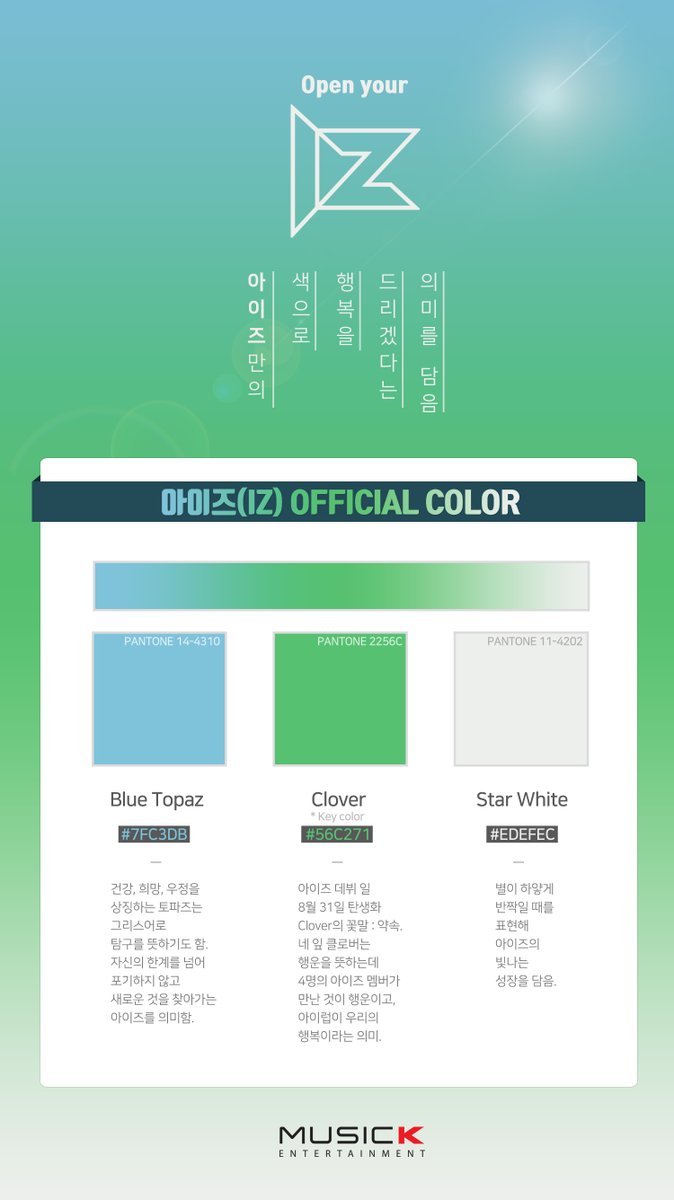 IZ gave brief descriptions of their official colors Blue Topaz, Clover, and Star White. According to the post, topaz in Greek means exploration and symbolizes health, hope, and friendship. It also represents IZ surpassing their limits, not giving up, and seeking new things.

Clover, IZ’s key color, is the birth flower of the group’s debut date August 31. It also signifies promise and luck, and the poster explains how it was lucky that the four members of IZ met each other and says that I LUVs (IZ’s official fandom) is their happiness.

Star White represents the color of a star when it’s shining brightly and resembles the growth of IZ.

IZ is a four-member band under Music K Entertainment. The group released their second mini album “Angel” and title track of the same name on May 1.

IZ
How does this article make you feel?