Ahead of the much-anticipated finale of “Produce 48,” it’s time to reveal the top 12 in Soompi’s international prediction polls!

While viewers outside of Korea can’t officially cast their vote in “Produce 48,” our prediction polls allow global fans to show their support for their favorites on the popular Mnet survival show.

Find out which contestants made it into the top 12 of the fourth and final round! 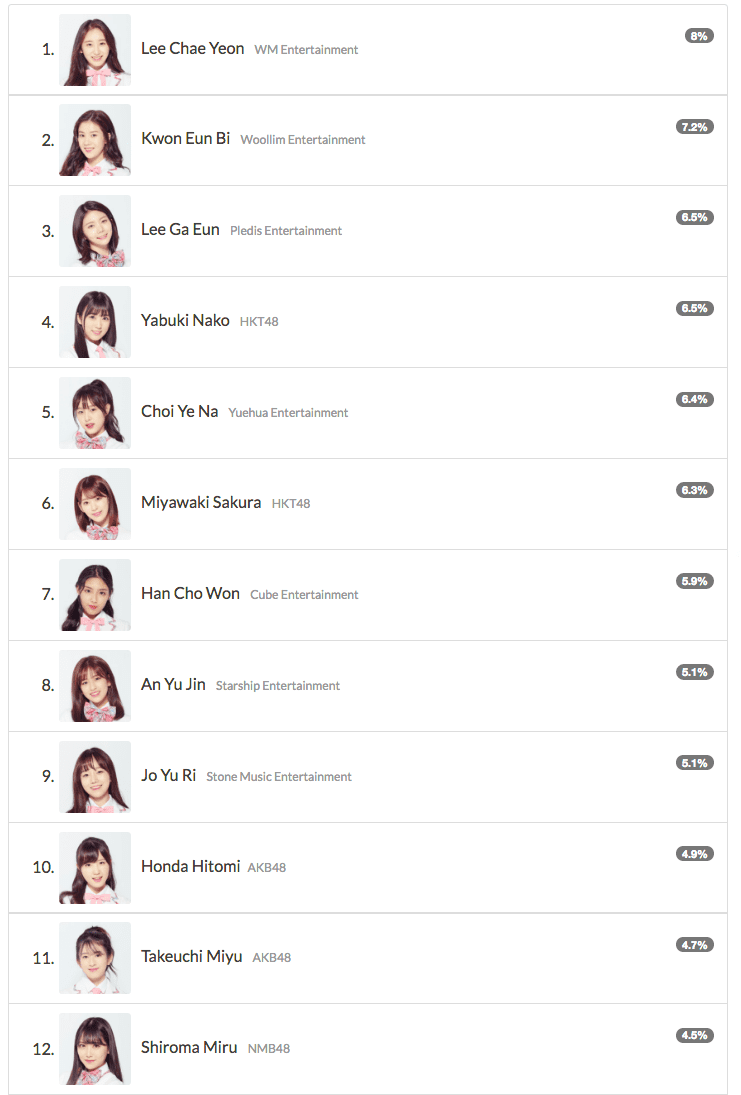 The finale of “Produce 48” will air on August 31 at 8 p.m. KST on Mnet, and it will feature the reveal of the contestants who will be debuting in a new 12-member girl group. Wanna One and members of I.O.I will also be taking part in the finale.

Are you loving this lineup voted for by international fans? Share which contestants you hope will make the final group below!