Based on the Japanese drama “Matrimonial Chaos,” “The Greatest Divorce” is a romantic comedy exploring the question if marriage really is the true completion of love. It’s a fun, honest depiction of the difference between men and women’s thoughts regarding love, marriage, and family.

When the script reading began, the actors immersed into their characters and displayed great acting as if they were filming on set. Cha Tae Hyun and Bae Doona transformed into a bickering married couple and exchanged lines. The two leads will tell a unique story about a couple that starts over by dating again after getting divorced.

At the reading, Cha Tae Hyun balanced the cranky, pathetic, and cute aspects of his character Jo Seok Moo while Bae Doona portrayed her charismatic, lovable character Kang Hwi Ru in her own way. 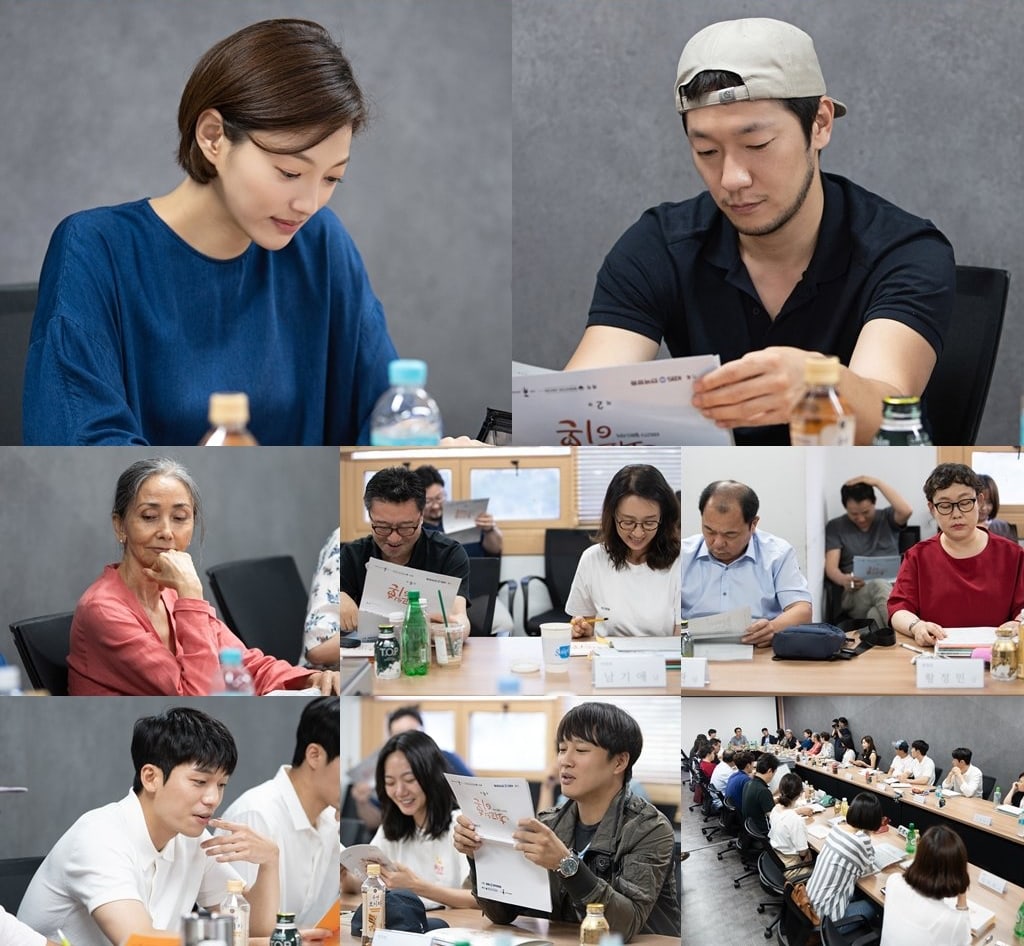 Moon Sook will appear as Jo Seok Moo’s grandmother and Choi Jung Woo, Nam Ki Ae, Yoo Hyung Kwan, and Hwang Jung Min will appear as the characters’ parents. These veteran actors will fill the screens with their experienced acting.

Wi Ha Joon will play the part of Kang Hwi Ru’s fling. He has previously appeared in the film “Gonjiam: Haunted Asylum” and drama “Pretty Noona Who Buys Me Food.” Actors Kim Hye Joon and Ha Yoon Kyung are also expected to bring their youthful charms to the drama.

A source from the drama said, “Through the script reading, the cast and crew could check our teamwork and synergy. Time flew by thanks to the fun, relatable script and the realistic acting of the actors. Please look forward to the first episode.”

“The Greatest Divorce” will be directed by Yoo Hyun Ki of “Brain,” “Seoyoung, My Daughter,” and “Unkind Ladies.” The drama will premiere on October 8.