BTS’s Jin surprised fans (and the press!) when he appeared at “Music Bank” in an outfit that really stood out!

Each week for KBS’s “Music Bank,” photographs are taken of the artists as they arrive to perform at KBS Hall. Although usually artists arrive in comfortable clothing, they sometimes stage special events by wearing memorable outfits for the photos.

On August 31, BTS arrived at KBS Hall for “Music Bank” in mostly casual wear — except for Jin, who made an unforgettable entrance when he exited their van in a 1980s-style flashy white suit with gold designs, and he’d also completed the outfit with a pair of silver heeled boots. The look was one that he wore in a concept photo for BTS’s “Love Yourself: Answer,” which they’re currently promoting. 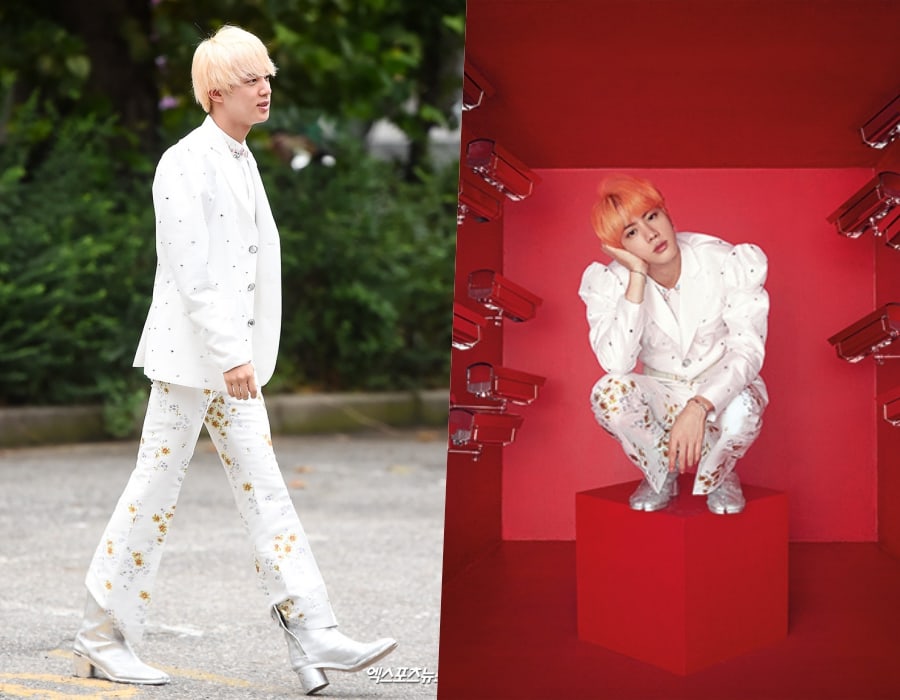 BTS often has fun making members who lose games on their shows carry out a penalty, like for example having Jin wear a traditional outfit to the airport in 2017. Just like then, photos of his surprising outfit created a stir as people wondered what the story was behind his look, and many thought he might be doing another penalty at “Music Bank.”

However, it turns out that Jin’s fashion choice was actually his idea! A source from Big Hit Entertainment explained to Star News, “Jin wore that outfit as part of his personal surprise event for fans.”

BTS is currently promoting their track “IDOL” on music shows before they head out to perform at international stops on their sold-out “Love Yourself” world tour. They’ll next be taking the stage at “Music Core” on September 1, followed by “Inkigayo” on September 2.

BTS
Jin
XPN
How does this article make you feel?