JTBC’s “My ID is Gangnam Beauty” is continuing to draw in more viewers!

On September 1, the webtoon-based romantic comedy recorded a personal best in viewership ratings with 5.4 percent nationwide and 5.8 percent in the metropolitan area.

This surpasses the drama’s previous record of 5.0 percent nationwide for the August 25 episode.

The love triangle between Kang Mi Rae (played by Im Soo Hyang), Do Kyung Suk (played by ASTRO’s Cha Eun Woo), and Yeon Woo Young (played by Kwak Dong Yeon) officially heated up after the two male characters confessed their feelings for her.

Kang Mi Rae also opened up for the first time about her own feelings for Do Kyung Suk to Na Hye Sung (played by Park Joo Mi) and feeling scared about how others might react if they were to date.

The viewers also learned a bit more about Hyun Soo Ah (played by Jo Woo Ri) and her obsession with her appearance. 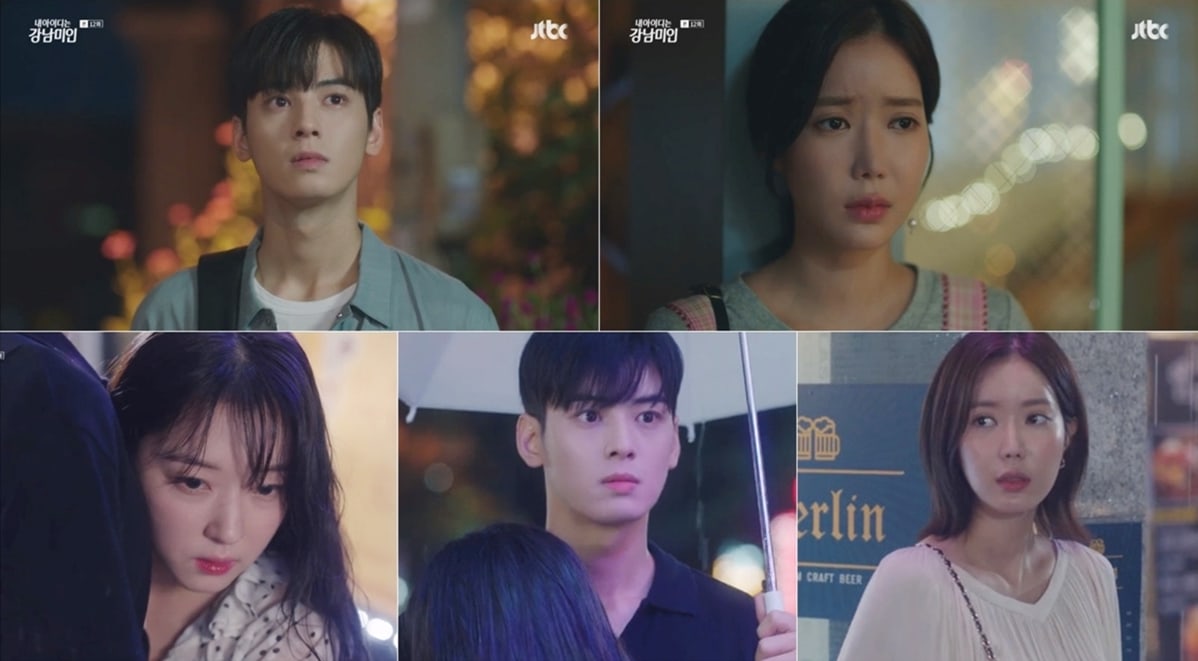