The identity of Gumiho (Nine-Tailed Fox) was revealed to be a singer who was the runner-up of a K-pop audition program and is currently active in both Korea and the Philippines as a solo singer.

The episode of MBC’s “King of Masked Singer” that aired on September 2 had masked contestants battling it out to see who would go up against the reigning champion. During the first round, Siren and Gumiho appeared on stage and enthralled the celebrity guest panel and audience with a rendition of Whitney Houston and Mariah Carey’s “When You Believe.”

Everyone was blown away by Siren’s strong voice and Gumiho’s clear vocal tone, and it looked like it was going to be a difficult choice between the two.

In the end, Siren narrowly beat out Gumiho by a difference of one single vote of 50 to 49, and moved on to the second round. Gumiho began performing Taeyeon’s “Fine,” and took off her mask to reveal that it was none other than Kriesha Chu. 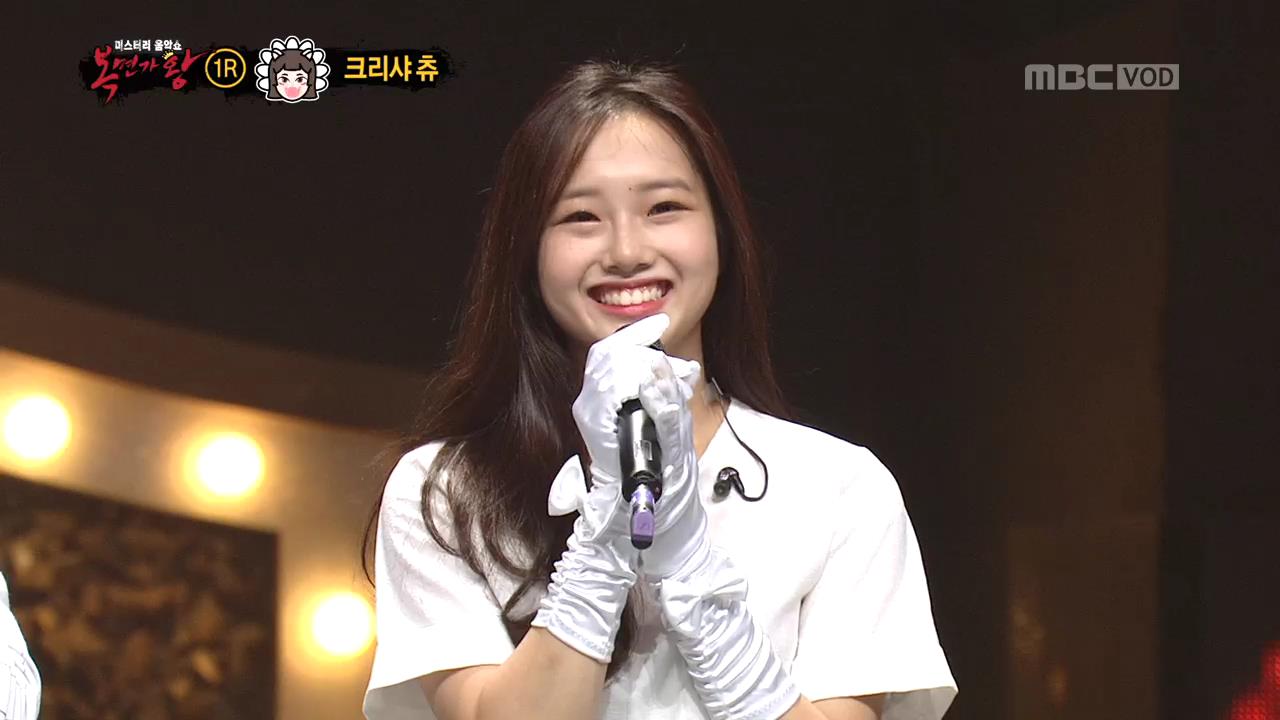 Kriesha Chu is a Filipina-American singer who came in second place on “K-pop Star 6” and officially made her debut as a solo artist in 2017. Getting her name out through various activities including commercial deals, Kriesha Chu has also recently started becoming more active in the Philippines.

MC Kim Sung Joo described her as “being called the second Sandara Park in the Philippines,” and Kriesha Chu replied, “She is extremely popular in the Philippines and I believe her popularity has had a positive effect for me there. I will gain strength from that title and work hard to be a good singer.”

The singer expressed her delight at the reaction she received during her performance as she said, “I was surprised by the audience’s reaction. I’m so happy to be praised for my voice and to hear that people think my voice is charming. I will keep working hard to show a better side of me. Thank you.”

Catch her performance and reveal below!

Kriesha Chu
The King of Mask Singer
How does this article make you feel?