Lee Seung Gi spoke about his ideal type on SBS’s “My Ugly Duckling.”

On September 2, the singer-actor appeared as a special guest on the reality show.

When asked about his ideal type, Lee Seung Gi answered, “In the past, I was specific about the person’s appearance or personality. But now, I don’t have those kinds of things.”

He continued, “I want someone I can talk to, and someone who makes my heart flutter while also making me feel stable.”

Tony Ahn’s mom commented, “You know when you get that feeling. If you meet a woman who can make you feel that way, then you should marry her.” Lee Seung Gi also added that he would like to meet someone who he can just be with without doing anything in particular.

Tony Ahn’s mom continued to express how big of a fan she is of Lee Seung Gi. When she saw him, she said, “Oh, the youngest son is here. I have many crushes.”

After calling him handsome, she told him, “I’m enjoying watching ‘Master in the House.’ I also enjoyed watching ‘Shining Inheritance.’ I watched all of it without missing a single episode.” 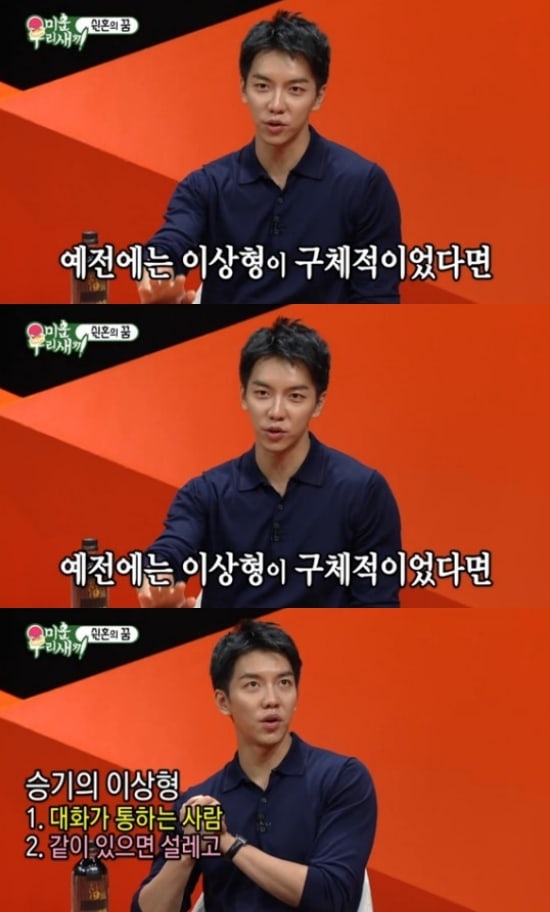 “My Ugly Duckling” airs on Sundays at 9:05 p.m. KST. Check out an episode below!

Lee Seung Gi
My Little Old Boy
How does this article make you feel?