Based on a popular online comic series, “Dokgo Rewind” is about three students who band together to fight against school violence. In the film, Sehun plays Kang Hyuk, a strong fighter who wants to avenge his brother Kang Hoo (also played by Sehun)’s death at the hand of student bullies.

The new photos share a glimpse at a scene of Sehun as Kang Hyuk on his motorcycle. With his signature hairstyle and overall outfit, Kang Hyuk gives off a noticeably strong, charismatic vibe from head-to-toe. He also staunchly stares at someone or something off-screen, arousing further curiosity. 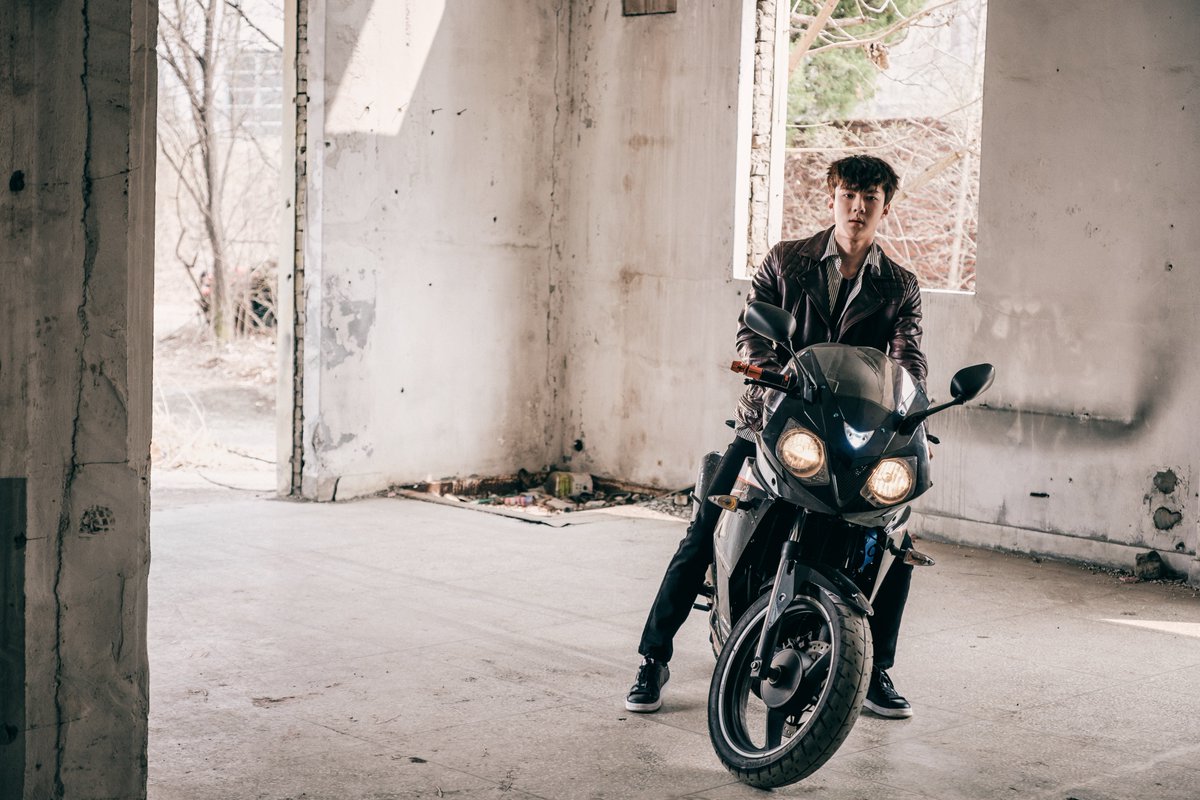 “Dokgo Rewind” will be released through Kakao page and oksusu on September 7. Check out the latest teaser here!