Jang Hyuk will be starring in the upcoming drama as Yoo Ji Chul, a boxing champion and national hero who falls from grace and is forced to retire after an unexpected defeat. Yoo Ji Chul loses everything—his prestige, money, and family—in a single morning, and he eventually ends up deciding to become a bad person in order to be a good father to his children.

The newly released stills from the drama show Yoo Ji Chul celebrating a particularly emotional victory in the boxing ring. Although exhausted from the match, the bruised and bloody boxer looks peaceful and content as he embraces his family. 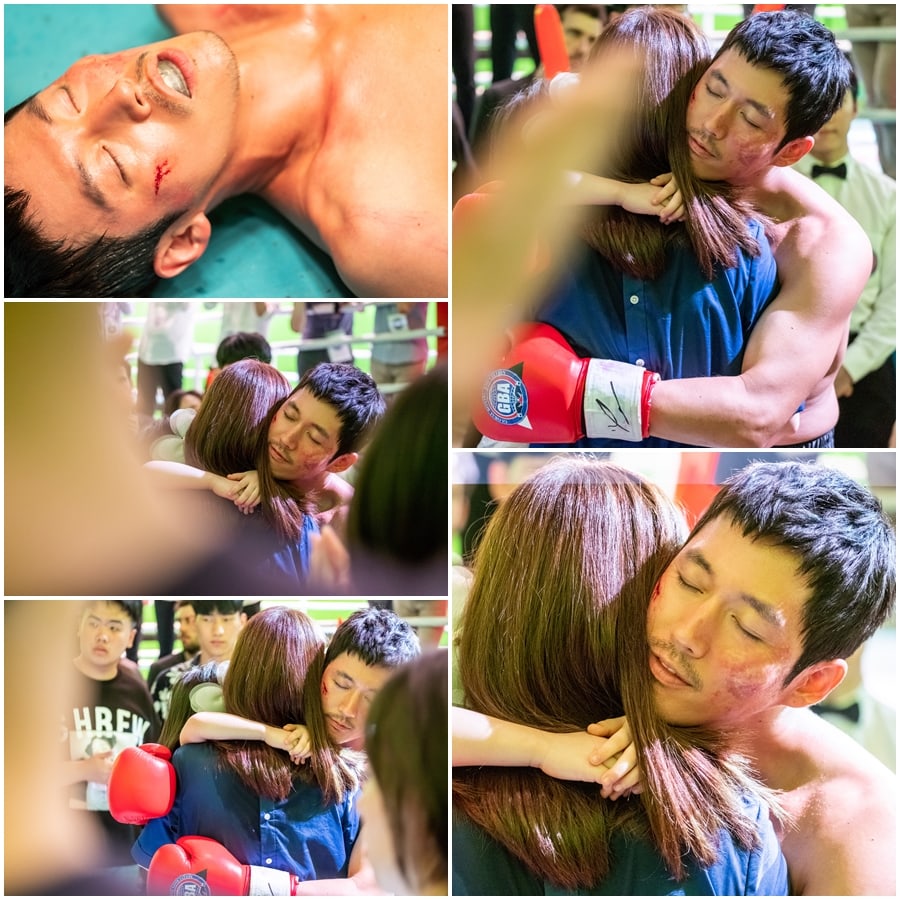 The boxing scene was filmed on August 12, on a set that was built specifically for “Bad Papa.” In order to enhance the realism of the scene, the drama’s production crew brought in real boxing judges and boxers to serve as extras.

Jang Hyuk also reportedly impressed everyone on set with his ability to pull off both the action and the emotional elements of the scene. Although filming took all night and even ran into the early hours of the morning, the actor never once showed any signs of fatigue and maintained the same level of passionate energy throughout the shoot.

“Bad Papa” will premiere on October 1 at 10 p.m. KST, following the end of “Risky Romance.”

Are you excited to see Jang Hyuk take on this new role? Leave your thoughts below!