Hoya Discusses His Upcoming Drama And Polar Opposite Character

Hoya revealed why he chose “Devilish Joy” (literal title) as his next project.

“Devilish Joy” is a romantic comedy about a genius doctor named Gong Ma Sung (played by Choi Jin Hyuk) who suffers from “Cinderella Memory Disorder” and falls in love with formerly popular actress Joo Ki Bbeum (Song Ha Yoon). Its title also appears to be a play on the characters’ names, as it could also be interpreted as “Ma Sung’s Ki Bbeum” or “Ma Sung’s Happiness.”

Hoya remarked, “The script was fun to the point where I read up until the 10th episode in that very spot where I received the script. Sung Ki Joon, whose personality is the complete opposite of mine, was too interesting. I did feel a little pressured because he’s a character so different from me, but I wanted to challenge myself.” 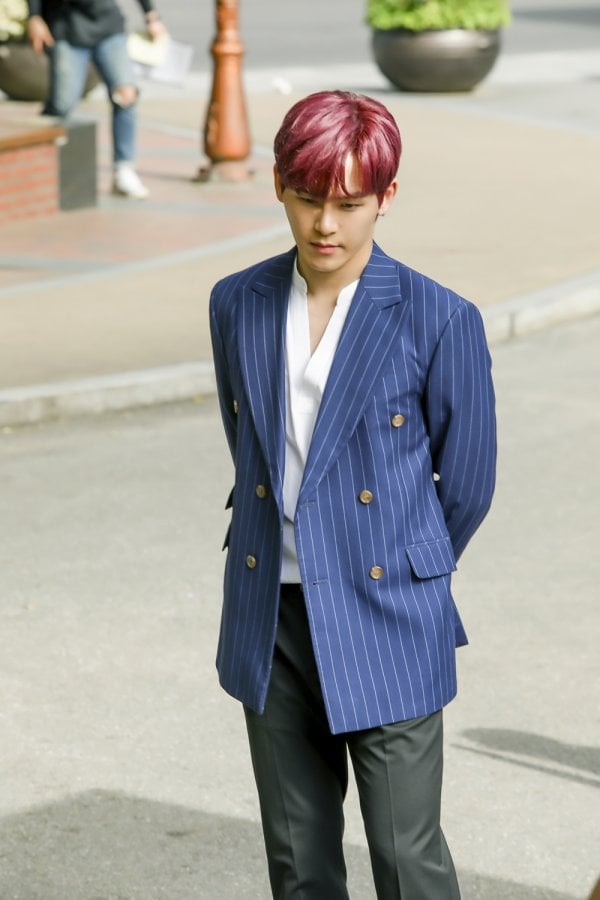 Hoya will play Sung Ki Joon, a chaebol family’s son and “gold spoon celebrity.” Hoya described Ki Joon, saying, “[He] does not care about what other people think and only goes for people and things he likes, while also reaching for his dreams. In a way, he has a strong mentality and positive thinking.”

Hoya then proved his humble personality as he graciously accepted the interviewer’s compliments on his acting. He stated that although he felt he lacked [in skills] every single day, he also studied the craft by looking at his acting seniors.

He finally stated his wishes for viewers to enjoy “Devilish Joy” and feel the same happiness that the actors had felt while filming.

Dramax and MBN’s “Devilish Joy” will air its first episode on September 5 at 11 p.m. KST.

Hoya
XPN
Devilish Joy
How does this article make you feel?