EXO’s D.O. Comments On Working With Nam Ji Hyun And Playing His Characters In “100 Days My Prince”

On September 4, a press conference was held for the upcoming tvN drama at the Imperial Palace Hotel in Seoul. 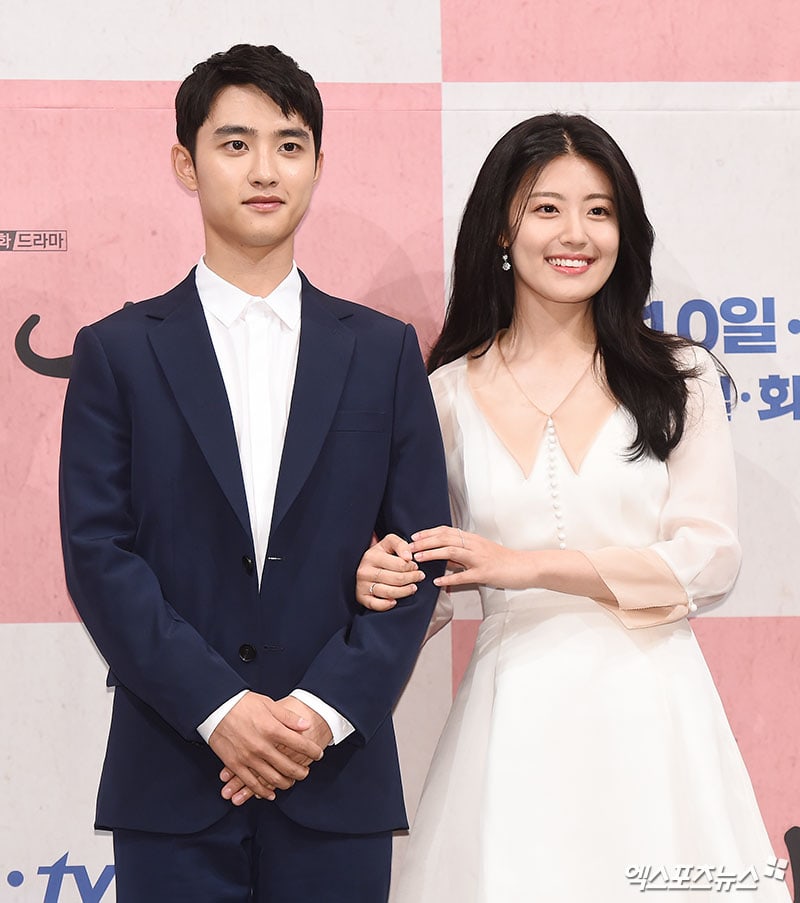 He continued, “The top knot and Korean traditional hat felt unfamiliar, and it was hot wearing the hanbok because we filmed during the summer. In terms of acting, the accent and movements were difficult.”

He further added, “I act as both Yool and Won Deuk, but in the end, they’re the same person. I didn’t try to shy away from Yool when I acted as Won Deuk. I think each situation naturally made the individual characters.” 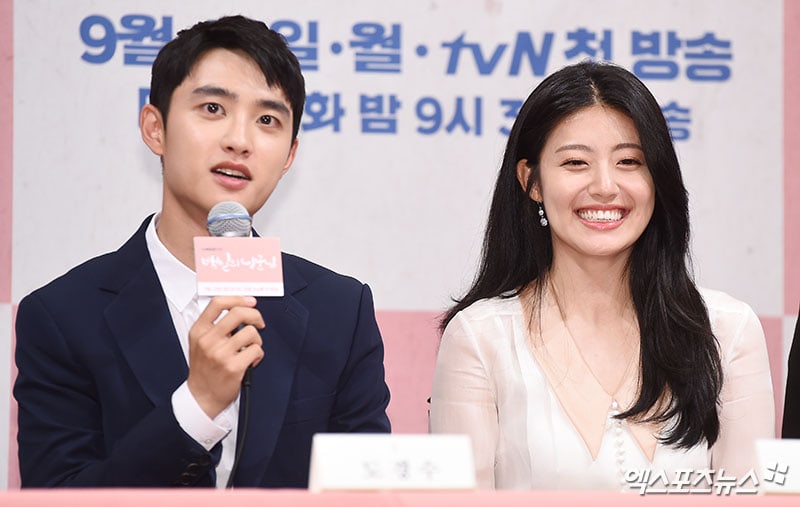 Later, Nam Ji Hyun, who acts as Hong Shim, the oldest woman in Joseon, also spoke up about her experiences.

When asked about his chemistry with Nam Ji Hyun, D.O. stated, “Nam Ji Hyun is an actress who is bursting with energy on set. She’s considerate to the other actors and I felt comfortable acting with her.”

Nam Ji Hyun also replied, “I was curious to see how [D.O.] would act in real life. We filmed while reading through lines together. We gradually became comfortable with each other and it was fun bickering. It was a set full of laughter.”

In regards to Hong Shim, Nam Ji Hyun described her as a character with various images.

Later, Nam Ji Hyun discussed her role as an unmarried woman by saying, “Because most [women] in the Joseon dynasty married young, Hong Shim is practically a spinster, even though she’s only 28. I didn’t feel pressured by Hong Shim’s age. I was more concerned about her character and personality than her age.”

EXO
D.O.
Nam Ji Hyun
XPN
100 Days My Prince
How does this article make you feel?