Sunmi talked to her younger brothers on JTBC’s “Idol Room”!

On September 4, Sunmi and the MCs watched a video of her performance at a college festival. After telling the audience that she hasn’t seen her younger brother in a while, she asked them if it would be okay for her to bring him out onto the stage.

Back at the studio, she explained, “I have two younger brothers. Because they live far away, I don’t get to see them often. That was in Daegu and they said that they could come to see me. They brought traditional herbal medicine and came to see me, but I didn’t have time to meet with them backstage.”

The MCs commented that it was good to see their close relationship. Sunmi said they’re 25 and 23 years old by Korean reckoning and expressed how much they mean to her. Sunmi then video called her youngest brother. The MCs were surprised by their friendly conversation and said hello to him.

When they asked her youngest brother what kind of sister Sunmi is, he answered, “She’s a perfect older sister.” They then asked him to name Sunmi’s strengths and weaknesses. He replied, “Strengths? There are so many. She always tries her best for her younger brothers.”

Jung Hyung Don asked, “She’s a perfect sister, but what is one thing you want her to change?” and he said, “I hope she can make sure to eat meals.” Defconn then asked who was prettier between his girlfriend and Sunmi, and he remained silent. They hung up after reminding each other to eat dinner. 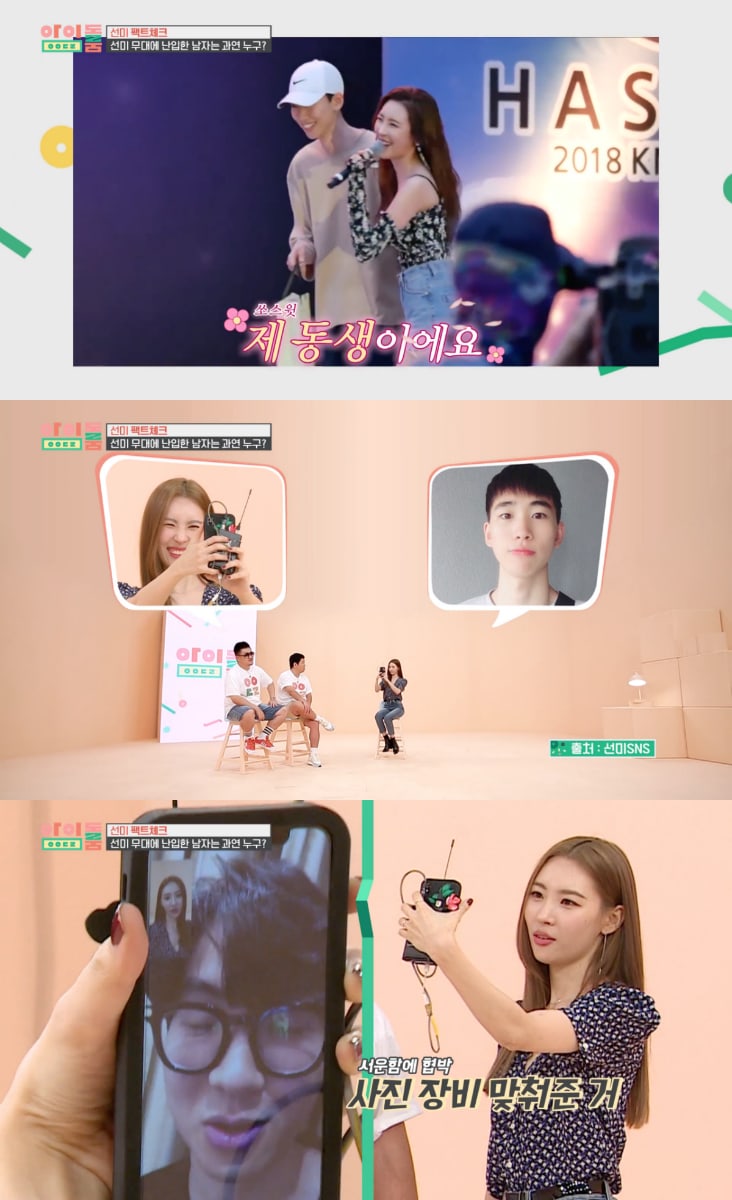 Sunmi then called her other younger brother. She told him that she was filming “Idol Room” and he spoke with Jung Hyung Don.

When her brother said that his girlfriend was prettier than his sister, Sunmi joked, “The camera equipment that I got for you when you said you wanted to take pictures, you can’t forget about that.” He replied, “There aren’t many people who think their older sister is pretty.” He added, “You’re pretty too.”

After the two video calls, the MCs asked Sunmi why she’s so close with her younger brothers. She explained, “I once said this in an interview. When I was asked what I want to do when I earn money, I said, ‘I first want to buy my brother equipment and buy things for my brothers.’ So my younger brothers are so precious to me.”

Sunmi
Idol Room
How does this article make you feel?