iKON’s Jinhwan spoke about his interest in lucid dreaming on tvN’s “Problematic Men.”

On September 4, Jinhwan appeared for the first time on the quiz-solving variety show.

He said, “I can speak a little Japanese, and know the basics in English and Chinese. I did learn during my trainee years, but my mom was a linguistics major at Seoul University. I think I learned naturally.”

The other iKON members all chose Jinhwan as being the “sexiest brainiac” out of the whole group. B.I explained, “He has a lot of knowledge. [His breadth of knowledge] is wide, but light.”

Jinhwan told the cast more about himself. “I have a lot of curiosity in various fields,” he said. “When I become fixated on something, I’m the type to dig deeply. My interest these days is lucid dreaming.”

After describing that lucid dreaming is when the person is aware that he’s in a state of dreaming, Jinhwan said that he’s now reached an intermediate level of control after some training. He revealed, “I can go inside my dream and do what I want to do.”

He continued, “At first, when I heard about it, I thought, ‘What are they talking about?’ I didn’t believe in it at first. But after experiencing it once, I began to search about it. These days, I’m working on transforming into different animals.”

He added, “Recently, I dreamt that I became a pigeon and flew around. I want to try becoming other animals.” Jinhwan joked to his fans, “Through lucid dreaming, I’ll turn into a fish and dream of swimming across the East Sea.” 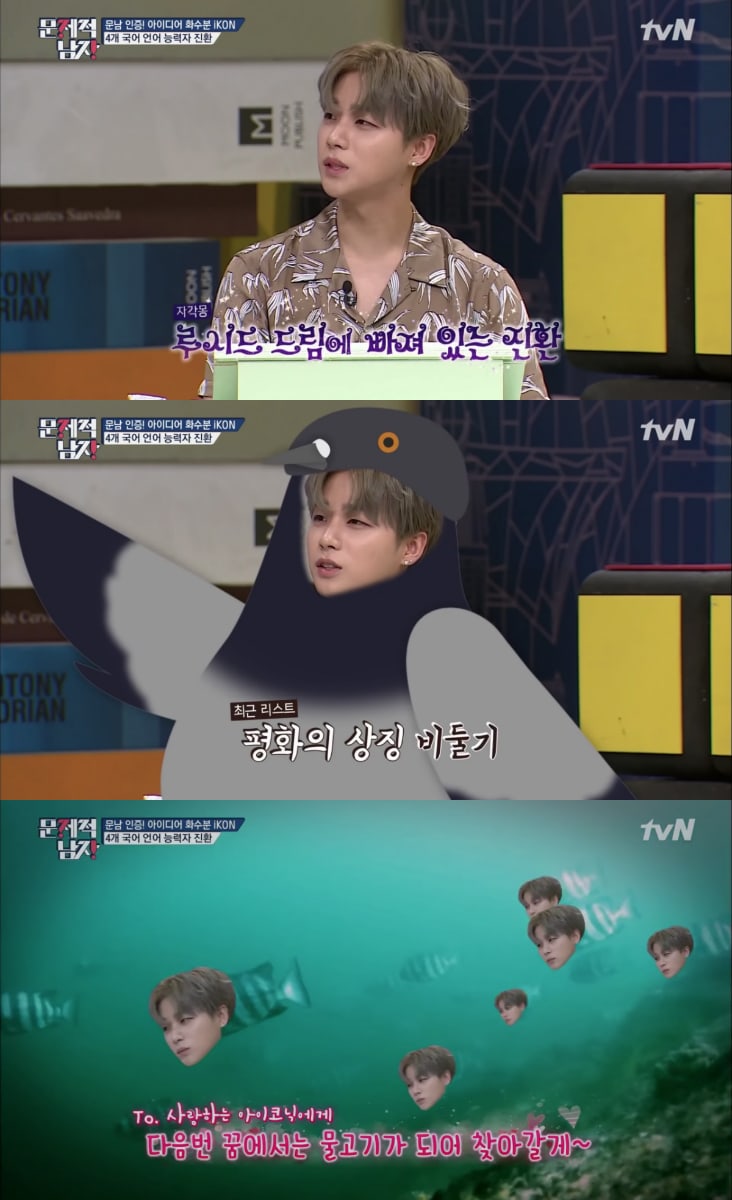 iKON
Problematic Men
Jinhwan
How does this article make you feel?