The couple previously confirmed that they were dating in February. Since then, Heo Young Ji has spoken about her relationship in an interview.

On September 4, Ha Hyun Woo talked about his relationship for the first time on a TV show.

He said, “It was not my intent for the dating news to be publicized. One day, the two of us were walking and I could feel that a car was following us. A few days later, I received a phone call from a reporter saying, ‘I’m going to reveal your dating news.'”

Ha Hyun Woo added, “Our relationship was revealed due to other people, not because we wanted it to be. I especially tend to avoid [speaking] about my personal life and wanted to keep it private.” 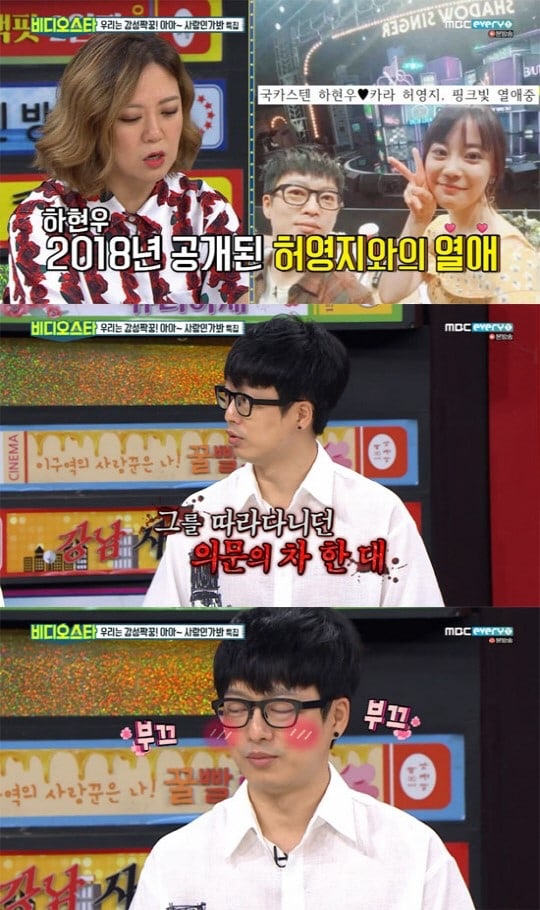