Nam Joo Hyuk, AOA’s Seolhyun, Jo In Sung, And More Talk About Why They Were Attracted To Their Upcoming Film

On September 4, the fashion magazine High Cut released their photo shoot featuring the cast of the upcoming historical film “The Great Battle.”

In the accompanying interview, the cast share their reasons for why they were drawn to this project. Jo In Sung said, “I was looking forward to a new type of historical drama. It’s rare for Korean films to portray the history of the Goguryeo era.”

He added, “‘The Great Battle’ is definitely a mainstream film. They are not fighting while running away, but instead picking a place to go to war face-to-face. The action is a lot more aggressive and intense.”

Nam Joo Hyuk, for whom this is his first historical film role, said, “On the surface it’s about action, but what push the story forward are the characters. I worked hard to portray my character’s fear and confusion.” 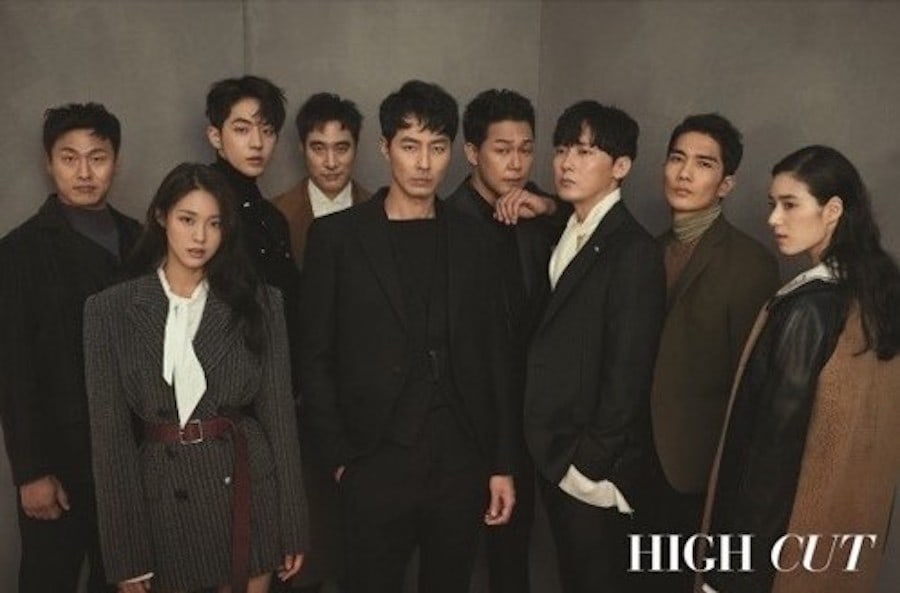 Park Sung Woong said, “It was a challenge. During my acting career, I had thought once or twice I’d like to play a king, but an emperor? I was totally on board. If I could make my character look cool, I thought it would add to the emotional arc of the film. But I had to learn so much Chinese for the role.”

Bae Sung Woo, who had previously acted alongside Jo In Sung in “The King,” said, “I always like working with Jo In Sung. It was tough in ‘The King’ because his character betrayed me, but this time we fight together until the end. In terms of rank, he’s the lord of the castle and I’m his general. Our characters change so that they respect and like each other by the end.”

Seolhyun said, “There were a lot of scenes in my previous project where I was tossed to the ground or hit while running away. In this one, I got to use a weapon and take control of the action. I hope that people can see a new side of me compared to what they’ve seen before.”

Jung Eun Chae said, “Compared to the actors who had to wear armor and carry weapons, I suffered the least. My character is neutral in the war and works with both sides, and so has to watch every word and be careful of what to say.”

“I was a bit lonely while filming,” she added jokingly.

“The Great Battle” premieres in South Korea on September 19. Check out the teaser here!