AKB48’s Takeuchi Miyu will be graduating from the group this year.

She continued, “Through my 14 years of promotions, I never had any regrets. I’ve always thought that I would graduate from AKB48 achieving something big. I had been thinking about my path for 10 years when I appeared on ‘Produce 48.’ A lot of things worked out, and so I think right now is the best timing.”

The AKB48 member added, “I’ve always thought about wanting to be active globally. I’m really happy right now. After graduating, I want to promote as an artist. Not just in singing, but I want to do everything including dancing and acting.” 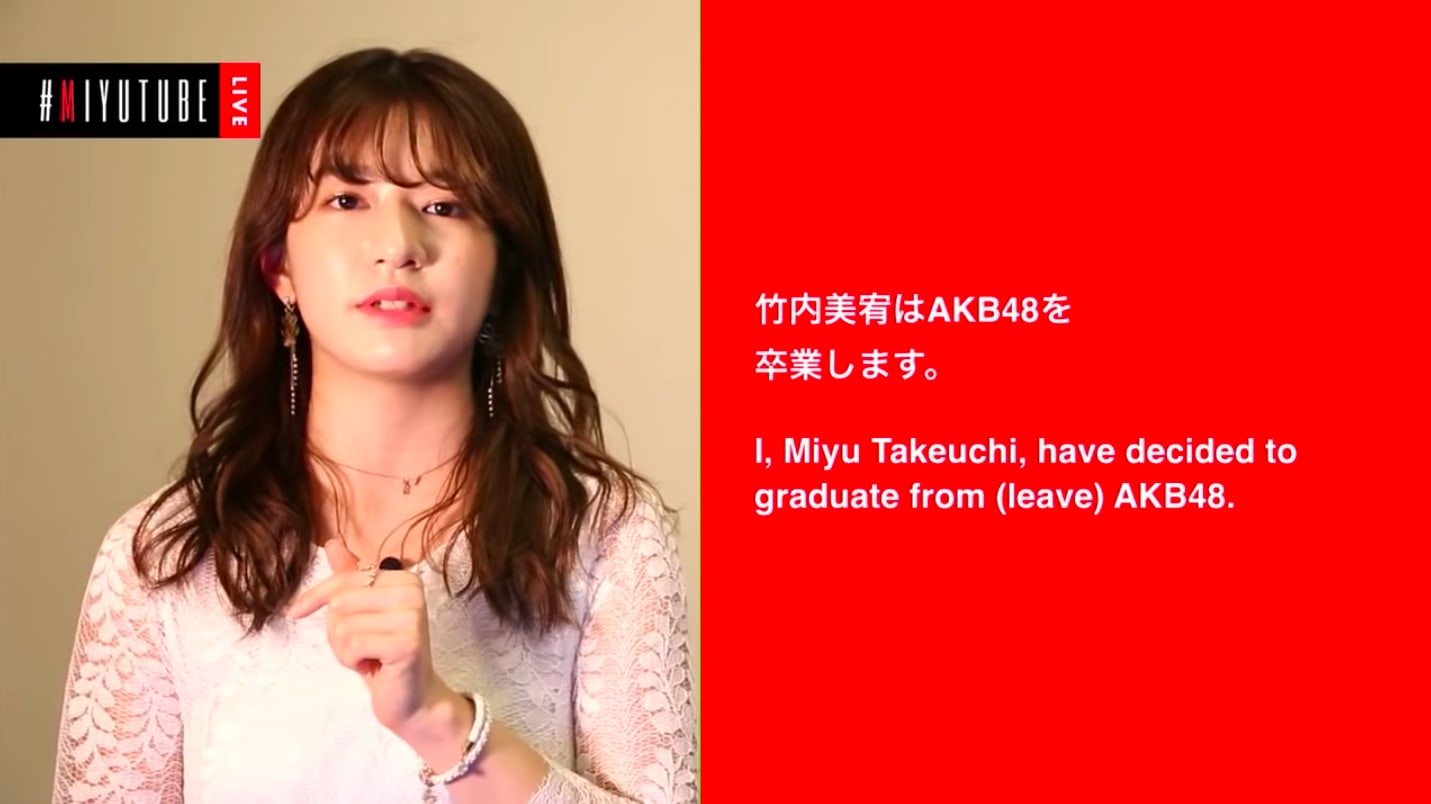 AKB48’s official website also stated, “Her last fan handshake event will be on December 23. We will announce the details for her graduation concert when it has been decided. She will be wrapping up her promotions this year.”

The former “Produce 48” contestant placed 17th on the show’s finale and received a lot of love throughout the survival program for her charms as well as skilled voice.

Wishing Takeuchi Miyu all the best!

AKB48
Produce 48
Takeuchi Miyu
How does this article make you feel?