MBC’s new Monday-Tuesday drama “Bad Papa” has released new photos of Son Yeo Eun in her role as a saleswoman.

“Bad Papa” co-stars Jang Hyuk as a boxer who decides to become a bad man in order to become a good father. It aims to tell the stories of those who work hard and sacrifice themselves for their family.

Son Yeo Eun’s character is an aspiring writer who had to give up on her dreams after getting married. She is then forced to watch the collapse of the husband she saw as a hero and bear the responsibility of raising their child. Her character aims to portray the difficulties of ordinary working women. 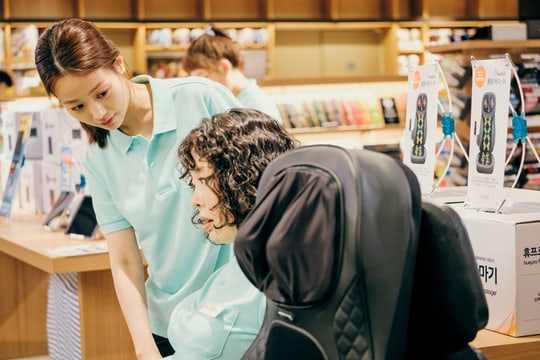 In the new stills, Son Yeo Eun plays a saleswoman selling chairs in a corner of a bookstore. She keeps a bright smile on her face and approaches clients who look disinterested. She even tries to keep coffee from spilling on someone even though the customer is unaware of her presence. 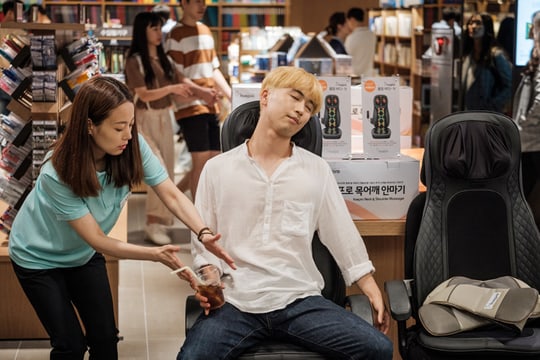 Son Yeo Eun said in a statement, “I’m grateful to be working with such great actors. I enjoyed the atmosphere on set, and I think that it will translate to the viewers onscreen. I will work hard to bring ‘Choi Seon Joo’ to life, so please look forward to it.”