BTS is having a great week!

On September 6, Gaon Charts revealed that BTS sold 1,933,450 copies of their repackaged album “Love Yourself: Answer,” making it No. 1 on the monthly albums chart for August just 8 days after its release on August 24.

Back in June, BTS broke the highest monthly sales recorded on Gaon Charts with their album “Love Yourself: Tear,” with 1,664,041 copies sold. The group has overtaken their own record with this new album. This also marks the highest number of albums sold in Gaon Chart history.

Following BTS’s “Love Yourself: Answer” at second place on the monthly album chart was Red Velvet’s “Summer Magic,” with iKON’s “New Kids: Continue” coming in at third. Stray Kids’s “I am WHO” entered the charts at No. 4, while industry senior Shinhwa took No. 5 with “Heart.” 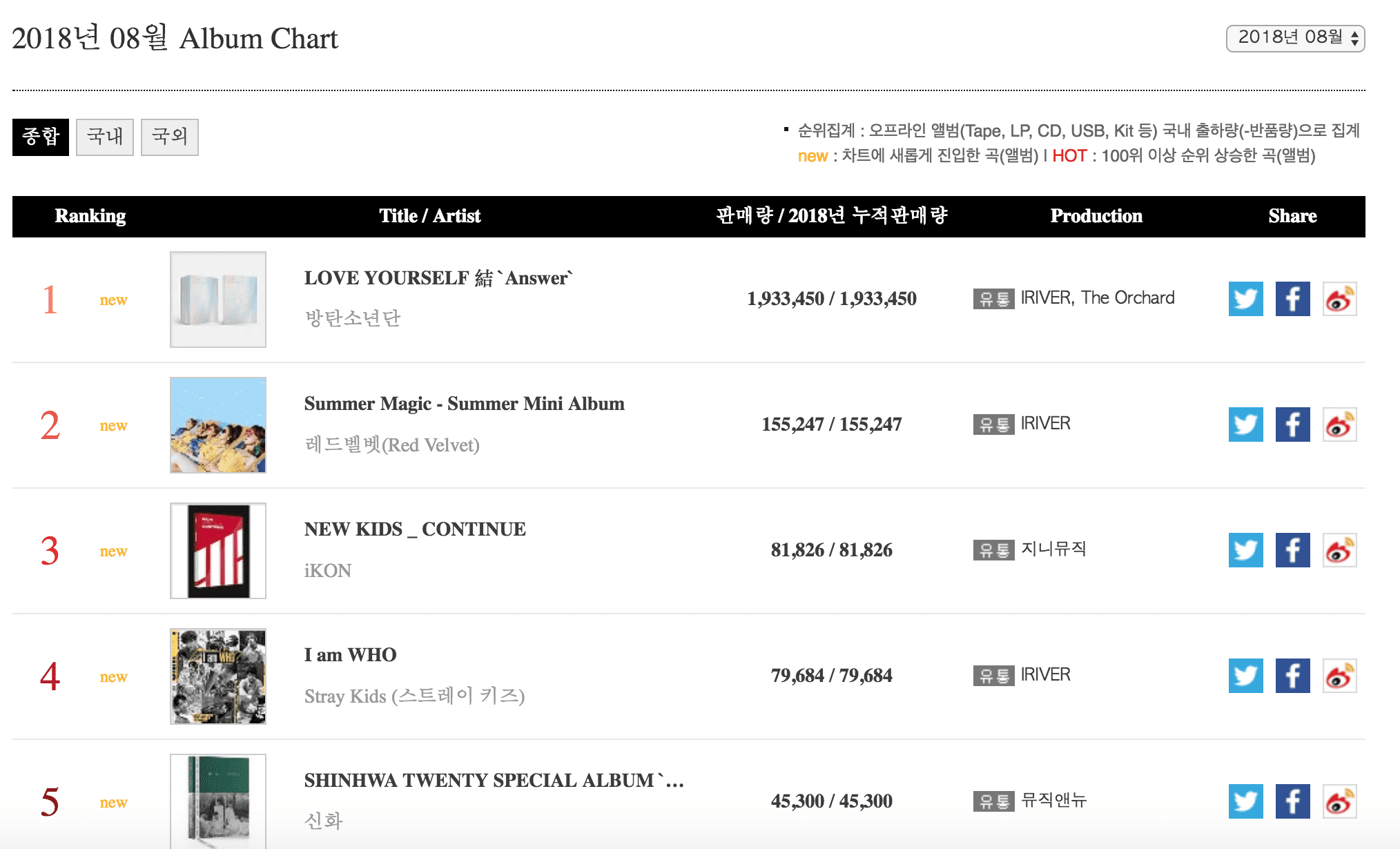 The group also topped Gaon’s weekly charts for the week of August 26 through September 1.