This drama gets more interesting every time the characters come face-to-face with one another. Since the characters are three-dimensional, so are the situations that occur when they meet. It gets even more exciting when the twins meet people from each other’s lives.

The biggest example of this is when Han Kang Ho (played by Yoon Shi Yoon), who’s currently pretending to be a judge in place of his missing older brother Han Soo Ho (also played by Yoon Shi Yoon), runs into his older brother’s girlfriend Joo Eun (played by Hello Venus’s Nara). Every time this happens, he doesn’t know what to do and becomes startled, adding another fun element to the drama.

Song So Eun, however, doesn’t know about Han Soo Ho’s existence. She looks startled by the suddenly cold expression on Han Soo Ho’s face and is surprised at his changed demeanor. 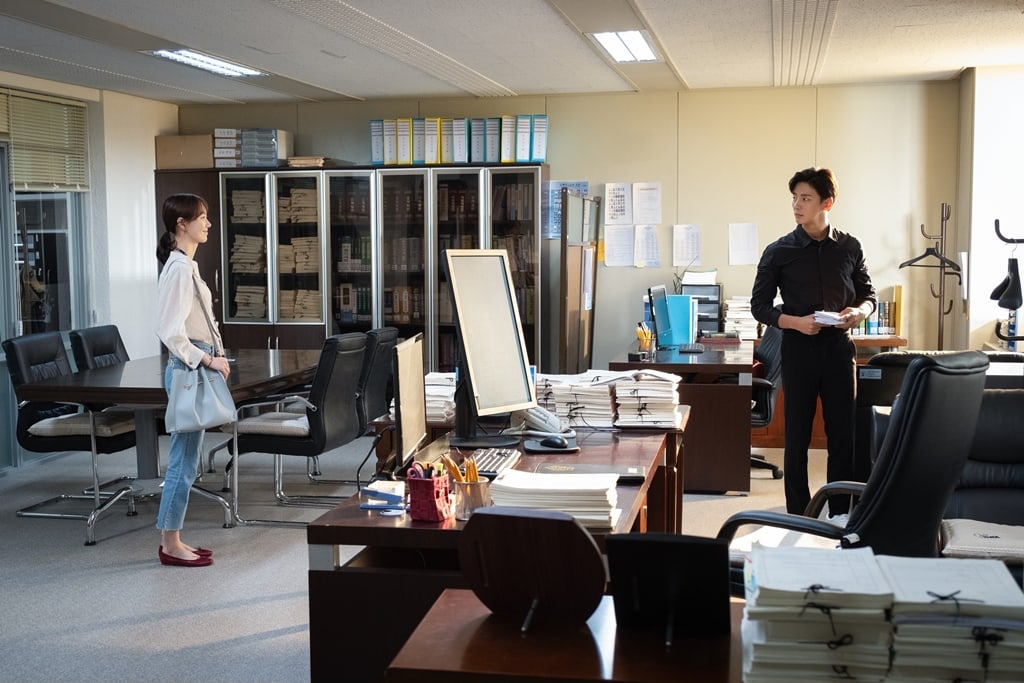 At the end of last week’s episode, Han Kang Ho and Song So Eun confessed their feelings for one another and kissed for the first time. In Song So Eun’s perspective, this cold version of Han Kang Ho may seem very abrupt. For Han Soo Ho, his true identity could be revealed as he comes face-to-face with unexpected people.

“Your Honor” airs on Wednesdays and Thursdays at 10 p.m. KST. Check out the latest episode below!