A new kind of game show is headed your way!

The game show will incorporate humanities into a variety program. This is a spin-off show by producing director Jung Min Sik, who planned and directed O tvN’s lecture program “Accidentally An Adult” (literal title).

Games such as popping balloons filled with flour, avoiding mud, and others will be designed by experts in humanities and behavioral science. While the players are focused on playing these games, experts in humanities and behavioral sciences will analyze their behavior while observing them in a different room. The players will not know that their actions are being carefully analyzed until filming is over.

The experts will analyze the contradictions behind what may seem like small choices made by the players and reveal what may have been a better choice. Viewers will be able to witness different human behaviors and choices from textbooks in real situations.

“Accidental Behavioral Science Research Center” will air on September 24 and 25 at 6:30 p.m. KST. 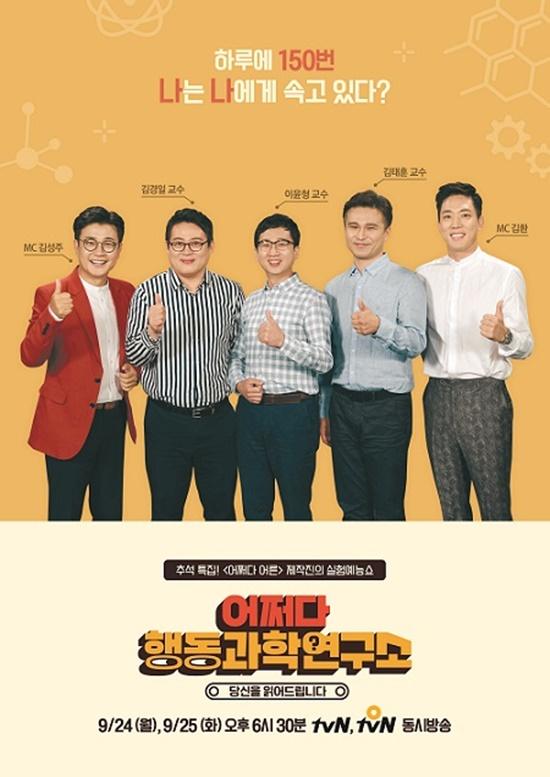