During the press conference, in response to a question about how it feels to have become established as an actor, Hoya said, “I don’t think I’m established yet. I’m still in a precarious situation where I don’t know what’s going to happen. But I am going to work hard to establish myself. I’m not joking. I’m serious.”

Lee Joo Yeon said she feels the same way: “I also feel like I am not established yet. I’m going to work hard.” On working with Hoya, she said, “Because we were both idols, we understand each other. There are so many idols-turned-actors these days, there is a lot of pressure to do well. We support each other a lot, and are doing well on set.”

“Devilish Joy” is about the beautiful love story between a man (Choi Jin Hyuk) who suffers from short-term memory loss, losing all memory of the day before after waking up in the morning, and a woman (Song Ha Yoon) who fell from the heights of fame after being framed. 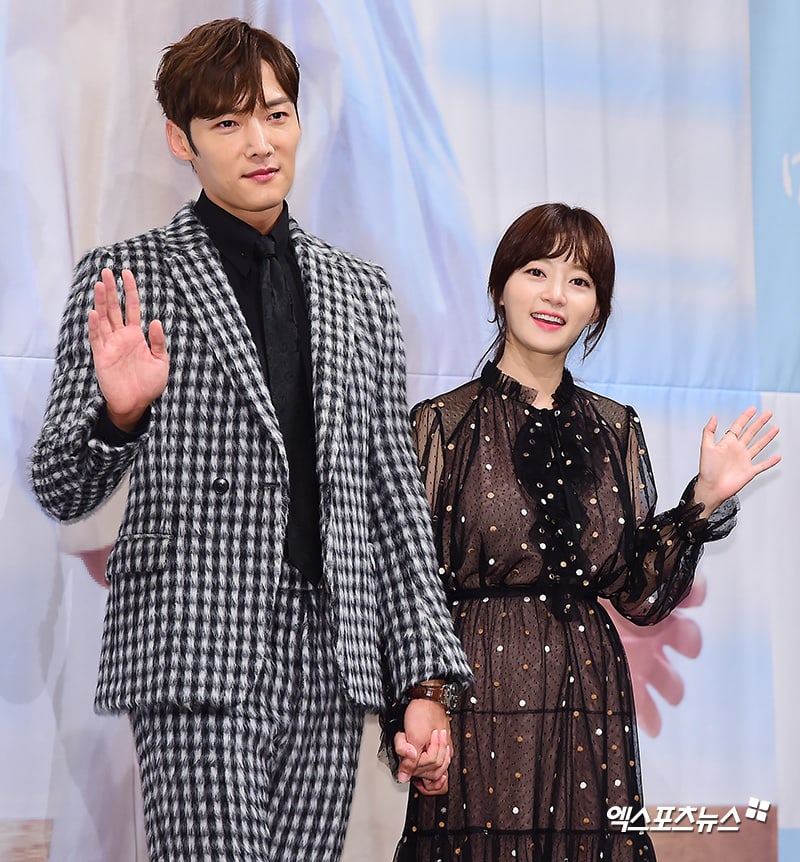