“Dokgo Rewind” is a prequel to the popular webtoon “Dokgo” by Baek Seung Hoon and tells the story of three high school students who join forces to fight against school violence.

Here are three reasons to look forward to the film:

Based on a legendary webtoon

One of the reasons that “Dokgo Rewind” is so highly anticipated is because it’s a prequel to the webtoon “Dokgo.” The webtoon “Dokgo” has gotten over 5 million weekly views, 2.3 billion won (about $2 million) in sales, and was published as a book in 2016.

While most webtoons are made into drama series, this mobile prequel movie features a full movie production crew to bring the action to life. Many fans are anticipating that this matchup between the webtoon and a movie crew will result in a high-quality production. 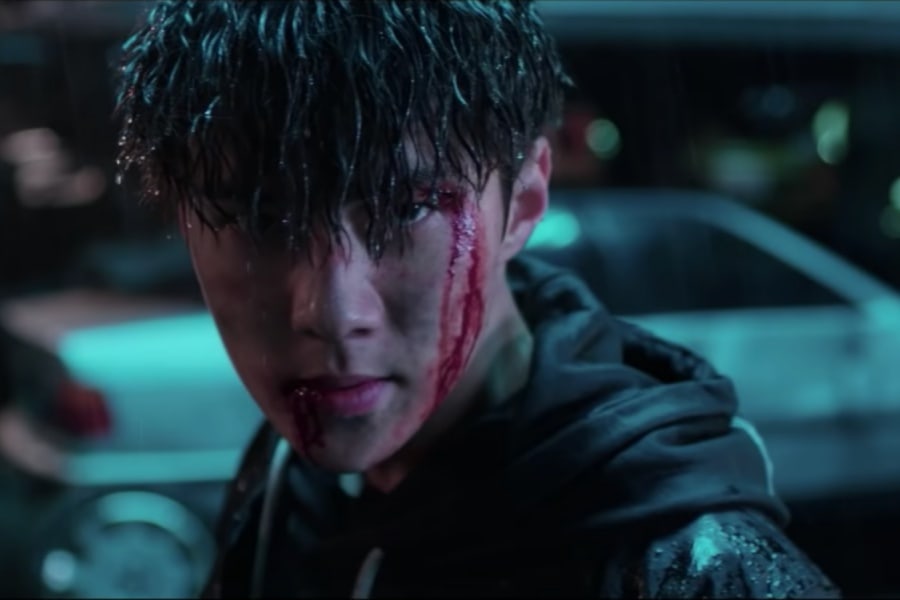 “Dokgo Rewind,” like the webtoon “Dokgo,” features a lot of action scenes that take place at school. Therefore, action is a huge part of the mobile movie. The teasers, posters, and even still images from the movie so far all focus on the incredible style with which the action scenes have been filmed. The action stunts maximize the tension of the story and draw the viewers’ attention with the unique way they are shot.

One of the biggest draws of “Dokgo Rewind” are the talented young actors – idols like EXO’s Sehun and gugudan’s Mina and up-and-coming talents like Jo Byung Kyu and Ahn Bo Hyun. Their youth is important as “Dokgo Rewind” tells the story of school violence, and all the actors bring to life the contrast between the seriousness and fun of growing up.

Check out a teaser for “Dokgo Rewind” here!