Suho said, “Not a year has passed since my debut as a musical actor. I was interested in ‘The Man Who Laughs’ even before I started to practice for ‘The Last Kiss.’ I wanted to see the script so badly. I like the Joker character very much, and the Joker is a character derived from ‘The Man Who Laughs.’ I wanted an opportunity to audition for that character, and I was lucky enough to be cast for the role.” 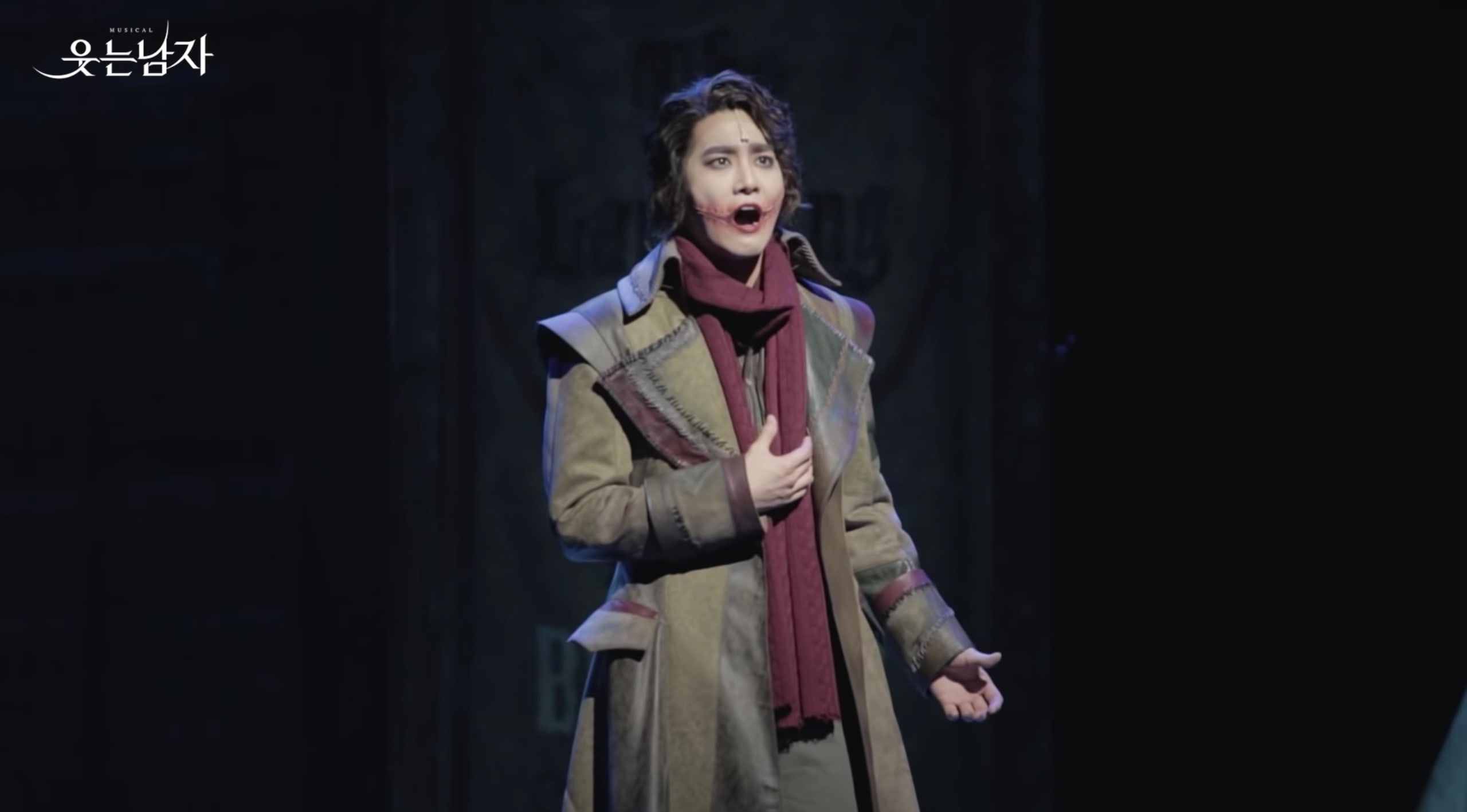 Suho continued to express his love towards the Joker character. “I am very interested in the Joker. I’ve seen the film ‘Dark Knight’ multiple times. I’ve studied the character deeply, and if I had the chance, I wanted to play the character. I’ve had that much determination for ‘The Man Who Laughs’ and the character Gwynplaine.” 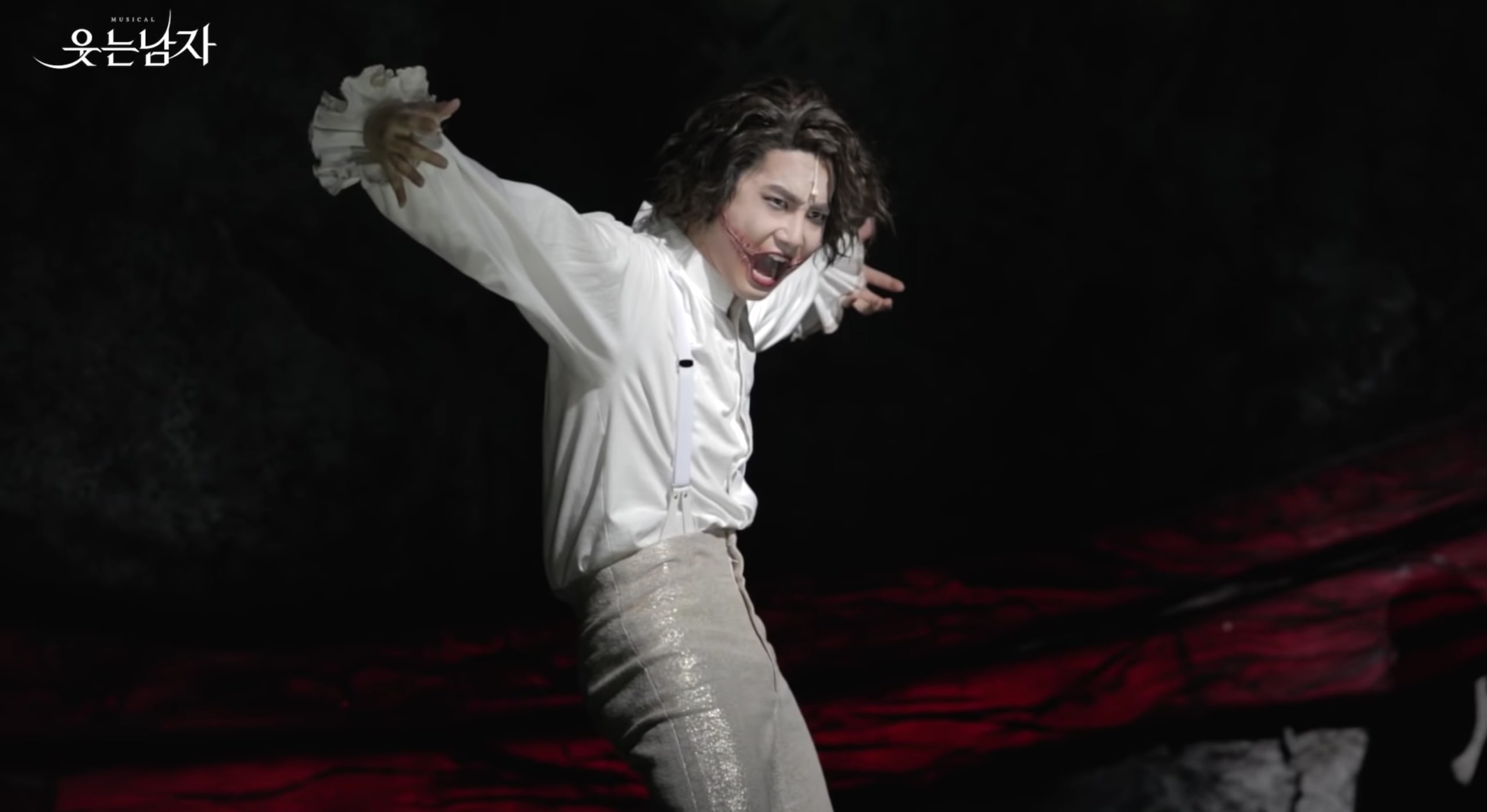 EXO’s Suho, singer Park Hyo Shin, and musical actor Park Kang Hyun were cast for the role of Gwynplaine, the man who laughs. When Suho was asked what is his special charm compared to the others playing the same role, he said, “I’m one of the oldest in EXO, but I’m the youngest here. I have more young vibes and boyish feelings. I think innocence is my charm.” 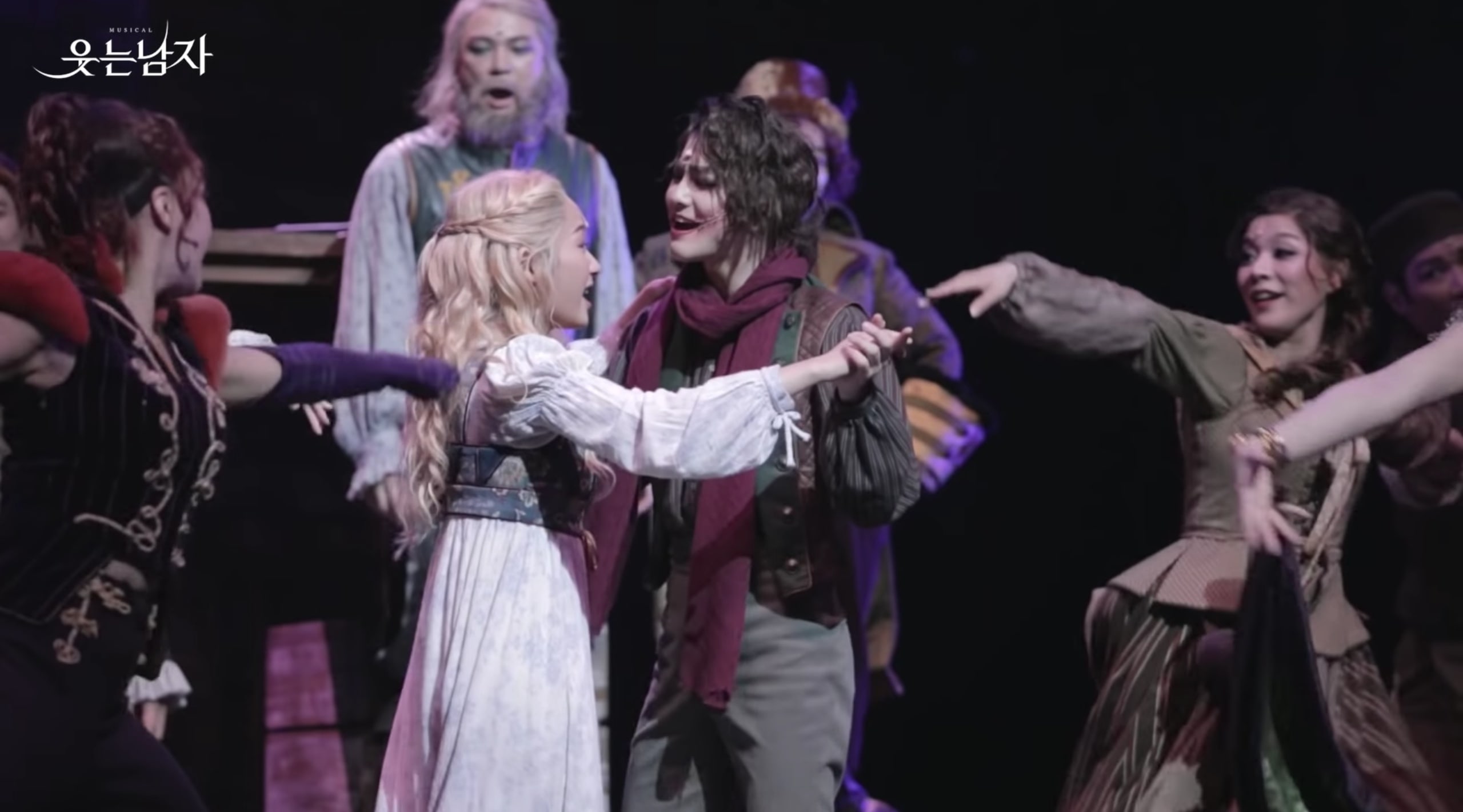 He ended by stating his determination as a musical actor. “I have a career of less than one year. I’m still a rookie, so I will do my best to be sincere on stage. Since ‘The Man Who Laughs’ is an original musical and this production is the premiere, we will all try to do our best. We will also try to premiere it abroad too.”

“The Man Who Laughs” is an original musical created in Korea, based on the novel of the same name by Victor Hugo. It is set in 17th century England, a hierarchical society with extreme class discrimination. It tells the story of Gwynplaine, a pure man with a monstrous face. The musical reflects upon human dignity and the value of equality. It runs until October 28 at Blue Square Theater, Interpark Hall.

Check out Suho as Gwynplaine!

Suho
How does this article make you feel?