In one image, Park Shi Hoo and Song Ji Hyo face each other in a friendly way. As the “fate-sharing” couple who are involved in various accidents, they are always in “horrible” danger, but on set, they are constantly laughing.

The show also unveiled a picture of the scene where Yoo Philip (Park Shi Hoo) tends to Ji Eul Soon’s (Song Ji Hyo) injured hand. The scene marked a moment where the two became closer, so their playful smiles and poses on set make their relationship seem that much more realistic. 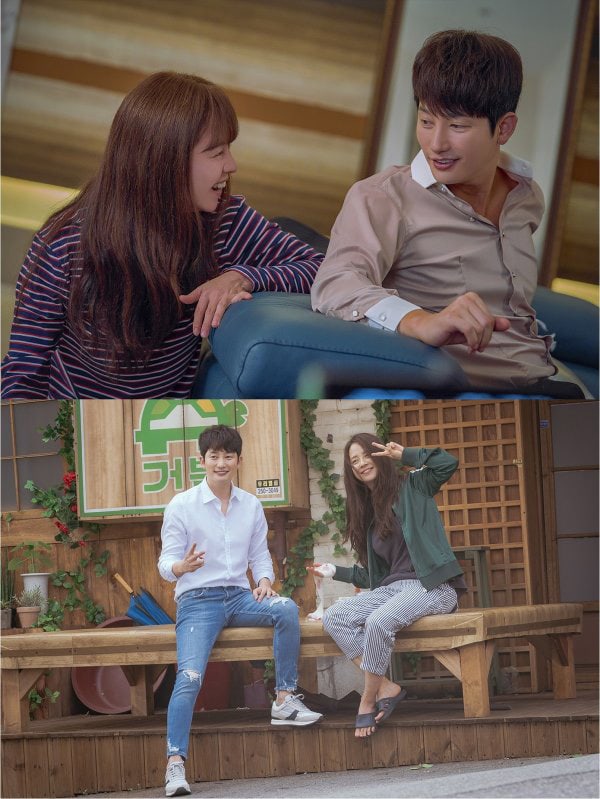 In another photo, the two sit side-by-side to monitor the footage. Although the scene they’re watching was one where they conducted a humorous 007 operation in front of the police station, they still take it seriously when they’re done filming.

In the last episode, Philip gave up his good fortune by handing Eul Soon an apple tree necklace. However, she threw the necklace into the sea. As their feelings grow towards each other, viewers are focusing more on how their relationship will unfold in this new light.

The production staff shared, “Song Ji Hyo and Park Shi Hoo, who are showing fantastic chemistry while teetering on the edge of ‘lovely’ and ‘horrible,’ will officially begin to display the unusual, thrilling romance. Please look forward to how their fate-shared romance will unfold in the future.”

Don’t forget to check out the latest episode!