On the September 8 episode of the variety show, guests Super Junior D&E joined the cast to play a game of guessing the celebrity just by looking at their eyes, nose, and mouth. Unbeknownst to her labelmates, it was Taeyeon’s eyes, nose, and mouth that were shown on the screen. 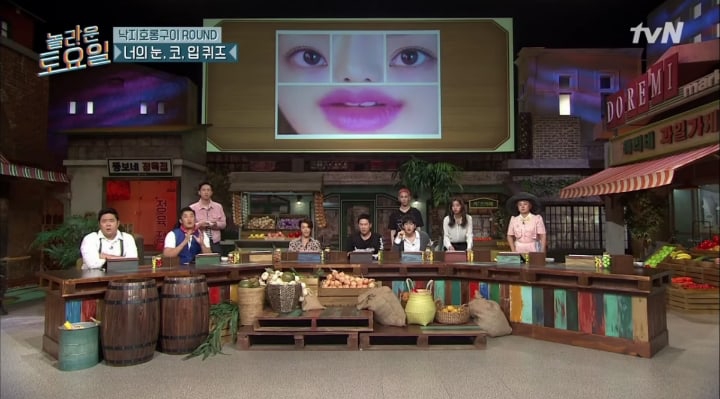 The program then showed a clip of SHINee’s Key telling the cast members before filming that Taeyeon had mentioned wanting to come on the show to see the mukbang (live eating broadcast) star Haetnim. Taeyeon had previously posted a video of herself imitating Haetnim on her Instagram.

Shin Dong Yup guessed Kim Tae Hee and Kim Tae Ri, whose names were quite similar to Taeyeon’s full name Kim Tae Yeon. MC Boom said that he was close, but not quite right. Shin Dong Yup then asked if it was TWICE’s Sana or Momo.

Boom gave the cast members one final hint, revealing that it was a singer and that she shared two syllables of Kim Tae Hee’s and Kim Tae Ri’s names. When comedian Moon Se Yoon correctly answered Taeyeon and her face was shown on the screen, Boom added, “Taeyeon is a big fan of ‘Amazing Saturday.'”

Shin Dong Yup then turned to the surprised Eunhyuk, Donghae, and Key and said that they should’ve gotten it right.

Eunhyuk replied in shock, “I thought it was an actress,” and Shin Dong Yup commented, “Her facial features are really pretty.” 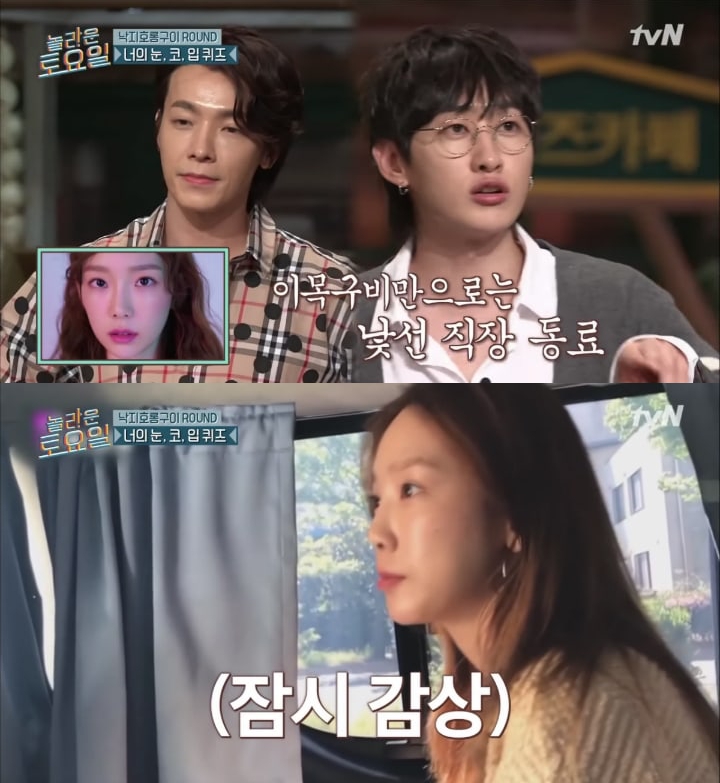