The second season of “4 Wheeled Restaurant” is back!

The first season took place in Thailand with Hong Suk Chun as the chef and actor Yeo Jin Goo and Shinhwa’s Minwoo as his assistants. Now, the show is back with an entirely different cast and setting. Chef Lee Yeon Bok, actor Kim Kang Woo, actress Seo Eun Soo, and comedian Heo Kyung Hwan are heading to Shandong, China to cook for the locals!

Here are three main points that will definitely pique your interest in the second season.

Lee Yeon Bok is known as the master of Chinese cuisine in Korea. With cooking experience of 46 years, he took on the new challenge of cooking Chinese food for the locals in China. He was the youngest head chef at the Taiwan Embassy in Korea and has a unique experience in managing Chinese restaurants for 10 years in Japan and Korean-Chinese restaurants for 20 years. Lee Yeon Bok shared, “Korean jjajangmyeon (black bean noodles) and Chinese jjajangmyeon are totally different. I want Chinese people to try the Chinese food I make in Korea. I’m curious and looking forward to their reactions. I want to check if there are people who dislike jjajangmyeon.”

During this season, Kim Kang Woo, Heo Kyung Hwan, and Seo Eun Soo will be the sous-chef, manager, and cooking assistant respectively. Kim Kang Woo has strong basic knowledge of cooking because of his role as a chef in the movie “Le Grand Chef.” The production crew praised, “From preparing ingredients to boiling noodles, Kim Kang Woo’s skills are magnificent. He worked hard as Lee Yeon Bok’s right-hand man and sous-chef.”

3. Unveil of their every move

The show will show everything the cast does, starting from their arrival in Shandong, China to their food preparations. Lee Yeon Bok and his teammates showed off 200 percent determination and began preparing for the business. The first episode featured exciting stories from their local marketing experience, their preparation efforts, and first business day. 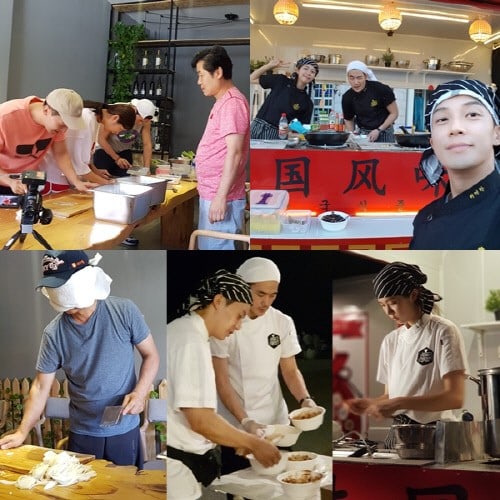