“100 Days My Prince” (written by Noh Ji Seol and directed by Lee Jong Jae) is not only garnering excitement for the expected sweet romance between D.O.’s and Nam Ji Hyun’s characters, but also for the many other relationships between a complex group of characters that’ll add fun and fullness to the drama.

The character relationship chart shows that the characters of D.O., Nam Ji Hyun, Han So Hee, and Kim Seon Ho are involved in a strange love square. 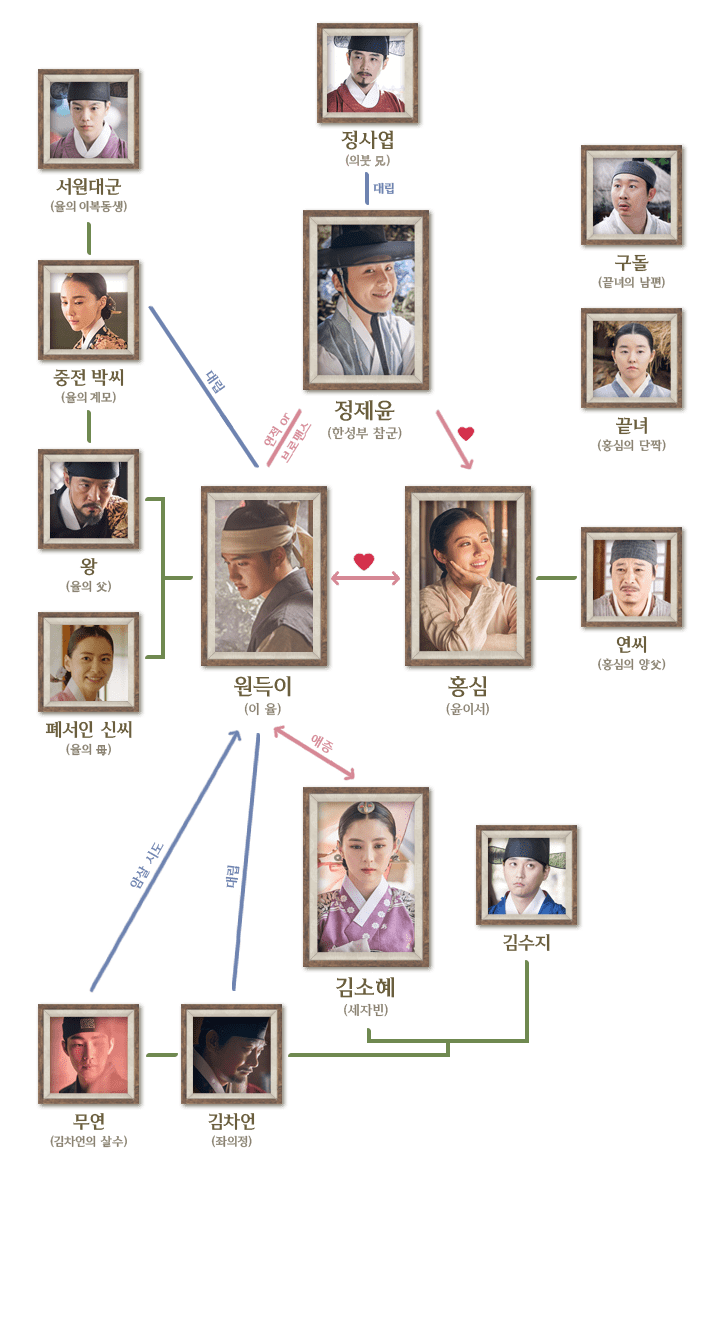 The chart also shows that Jo Sung Ha, Jo Han Chul, Kim Jae Young, and Oh Yeon Ah are all characters inside the palace. Their relationships with Lee Yool and possible involvement in the mysterious case of Lee Yool’s disappearance raises curiosity.

Jo Han Chul plays the role of the king and Lee Yool’s only biological family member. Although he is Lee Yool’s only family, he can’t help but feel jealous towards the perfect crown prince. Lee Yool’s stepbrother Jung Sa Yeob (Choi Woong), his younger half-brother Prince Seowon (Ji Min Hyuk), and Kim So Hye’s brother Kim Soo Ji (Heo Jung Min) are also anticipated characters that are expected to stir up the palace.

The fun characters portrayed by Jung Hae Kyun, Kim Ki Doo, and Lee Min Ji are vastly different from the palace people and offer comedic relief to the drama. The three characters live in the same town as Hong Shim and are people close to her heart. Jung Hae Kyun plays Hong Shim’s loving, adoptive father and is the one that sets up Hong Shim with Won Deuk. Kim Ki Doo and Lee Min Ji play a happy couple that gives dating advice to their close friend Hong Shim.

The intense and anxious people of the palace, the funny and comfortable townspeople, and the sweet romance in the drama is more than enough to be excited for.

“100 Days My Prince” will premiere on September 10 at 9:30 p.m. KST with new episodes every Monday and Tuesday.