gugudan’s Kim Sejeong shared who her first idol bias was!

The episode of tvN’s “Galileo: Awakened Universe” that aired on September 9 showed footage of Kim Byung Man, Ha Ji Won, Kim Sejeong, and 2PM’s Nichkhun that had previously not been aired.

During one of her sit-down interviews, Kim Sejeong confessed, “There have only been one or two times that I’ve liked idols, and the first to open my eyes to idol groups was 2PM.” When asked who her bias was, she hesitated for a moment, thinking about her co-star Nichkhun. Then, she said, “Nichkhun… wasn’t my bias. I actually liked Taecyeon the most.” 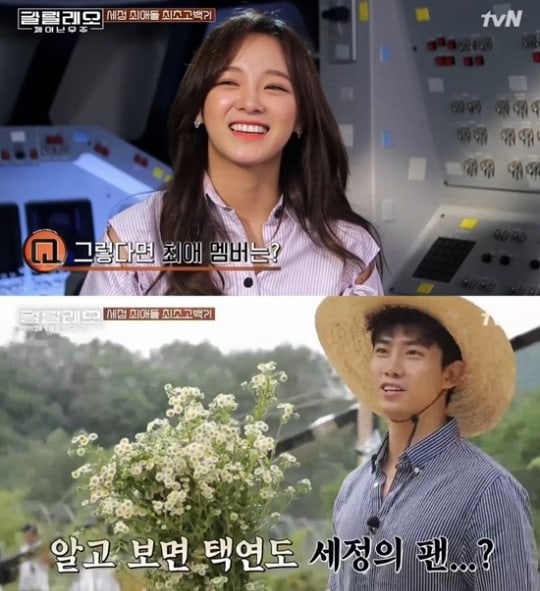 Interestingly, Nichkhun revealed that Taecyeon is a big fan of Ha Ji Won, another member of the “Galileo” crew. He joked, “Taecyeon is probably made right now that I’m here [and not him].”

Kim Sejeong left Taecyeon a video message saying, “I hope you do well during your time in the army, and as for Ha Ji Won, I’ll enjoy her presence for you. You’re envious of me, right?” Nichkhun teased him as well saying, “Taecyeon, I know this is probably driving you crazy. Don’t worry, I’ll take good care of Ha Ji Won. And I’m sorry,” before laughing at the situation.

However, Nichkhun wasn’t about to leave his member hanging as he asked Ha Ji Won for her number to contact her after the show was over. He also told her, “When Taecyeon was out on leave, he told me to relay that he hopes your’e doing well.” Hearing this, Ha Ji Won responded, “Let me know the next time he’s out on leave. I’ll buy you guys something delicious.” 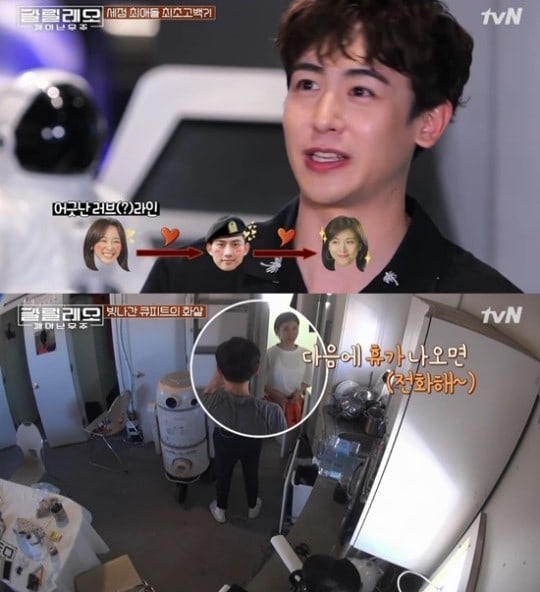