Kim Jong Min recently opened up about his affections for KBS’s “2 Days & 1 Night.”

The episode that aired on September 9 was a continuation of the show’s global viewers special, in which fans of the show from around the world were invited to go on a journey with the cast to create unforgettable memories.

Kim Jong Min and Jung Joon Young’s teams were taking a trip down the Han River on a cruise when Kim Jong Min’s fan Mike asked him, “Do you have a reason why you keep doing ‘2 Days & 1 Night’?” The fans had been curious about this as though the show has gone through many cast changes since its inception in 2007, Kim Jong Min is the only cast member to have appeared in every season up to the current third season. 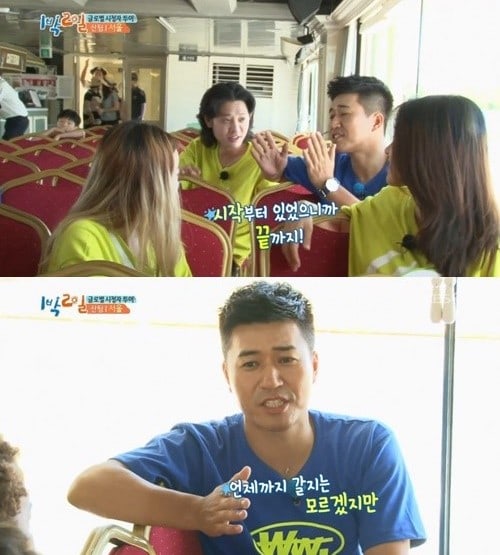 2 Days &amp; 1 Night
Kim Jong Min
How does this article make you feel?