BTOB’s Yook Sungjae showed off his impressive English skills on SBS’s “Master in the House.”

On the September 9 episode, the cast arrived in LA and gathered around to read the invite from their newest master. The invitation promised them a whole new world, with the condition that they say yes to everything. It said that in the case where they said no, a penalty would follow.

After they signed the invitation, they headed down to the hotel lobby where a white limousine waited for them. The members were overjoyed and celebrated in the car with champagne and music.

They arrived at Beverly Hills and walked around the famous neighborhood, where they suddenly ran into actor Cha In Pyo. He explained that he was only the inviter, but not their newest master.

When they asked about their newest master, Cha In Pyo described the level of his fame by saying, “I can’t even reach his feet.” The members rode kickboards and explored more of Beverly Hills before heading to a famous hot dog restaurant in Hollywood Hills.

After hearing Lee Seung Gi sing, the restaurant owner said that she would put a picture of the “Master in the House” cast up on the wall of fame.

In order to decide whose photo should be hung up on the wall of fame, the members played the word chain game in English. Yook Sungjae was crowned the winner after he duped Yang Se Hyung with the word “upside-down.”

He nervously headed into the restaurant and spoke to the owner. He said in English, “It was very delicious. I’m so full. We played a game and I won.” He then explained that since he was the winner, he would like to have his photo taken to be placed on the wall. He posed with the owner then thanked her.

He told her in English, “If I— back to LA, [I’ll come here]. Please remember me.” She promised, “I will.” When she asked for his name, he replied, “My name is Mr. Yook. Five years later, I’m— more top star, superstar. I promise you. Thank you. Thank you very much.” 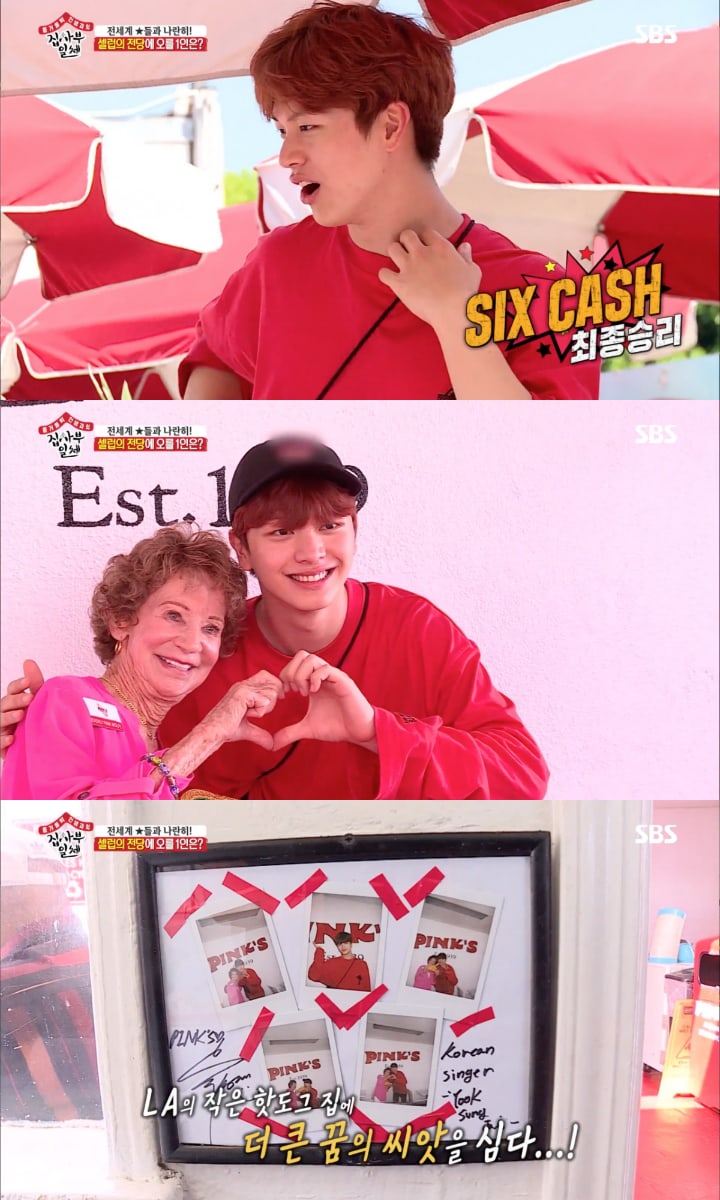 “Master in the House” airs on Saturdays at 6:25 p.m. KST. Check out an episode below!