H.O.T. Unable To Use Their Group Name And Logo For Concert Promotions

Legendary first generation idol group H.O.T. will be holding their first concert in 17 years in a few weeks. Though the group’s reunion has gotten fans quite excited, H.O.T. will not be using their group name and logo for concert promotions until certain legal disputes are resolved.

In late August, when the concert dates were confirmed, the concert title was “Forever H.O.T.” while the logo was changed to an illustration of the members. But when ticketing for the group’s October 13 and 14 concerts began on September 7, it was noted that the name H.O.T. was nowhere to be found in the concert’s title. Instead, the title was “Forever High-five Of Teenagers” (H.O.T. is the acronym for “High-five Of Teenagers”). The group’s logo was also missing, with an empty space outlined in the shape of the logo in the middle of the concert poster. 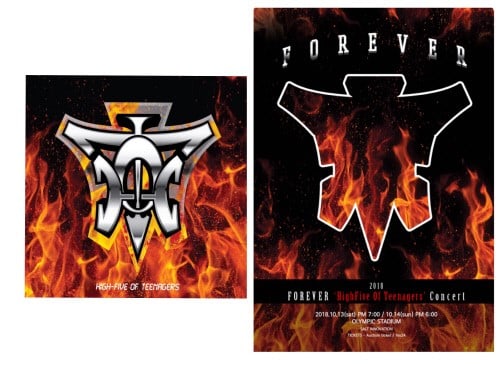 It was revealed that the production company, Salt Innovation, was unable to come to an agreement with “A,” who holds the trademark rights to “H.O.T.” “A” is a producer who cast and worked with the group in the 1990s. He re-joined SM Entertainment in 2001 until 2004 as a director, and moved to Xing Entertainment afterwards. According to the production company, “A” sent them a certification of contents entitled “Request for Discontinued Use and Permission of Use Regarding Violation To Intellectual Property” on August 23.

“A” stated, “The concert production company as well as the H.O.T. members announced the concerts without prior discussion. As promotions have already begun, royalties, which are standards accepted internationally, should be paid. If the concerts were for the betterment for society or public interest, I would agree to the use of the trademark for free. However, if the members and concert production company are putting on the concerts in pursuit of profit, then I will wield my right as the trademark holder.”

As Salt Innovation has been unable to come to a consensus with “A,” the company has gradually been reducing their usage of the group’s name and logo, while also deciding to hold the concert as planned. A source from promotional company PRM Idea Lab stated, “After receiving legal consultation, we believe that currently there will be no problem in holding the concert.”

A representative from the H.O.T. members shared, “The members as well as the production company are currently trying their best not to make problems out of this situation. They believe that it would be best if an agreement on the trademark was made, even if it were made right before the concert. There is a determination to first figure out the problem of the empty logo on the official posters, then to fill it out.”

“A” has currently decided to watch the situation and look for countermeasures later on. If H.O.T. and “A” are unable to come to an agreement and the group does not use their name or logo at the concert, there may still be legal disputes afterwards.