Chae Soo Bin and Lee Je Hoon are gearing up for their new drama!

On September 10, new SBS drama “Where Stars Land” released images and a video of the first script reading session, which took place on July 28.

“Where Stars Land” is about Lee Soo Yeon and Han Yeo Reum who meet while working at Incheon Airport. Ahead of the script reading, the director Shin Woo Chul and the production team prepared a special lesson for the actors on the technical terms used at the airport to help bring about more natural acting.

Lee Je Hoon plays Lee Soo Yeon, a new employee at Incheon Airport who is hiding a special secret. Chae Soo Bin is Han Yeo Reum, who has been working at the airport for a year. Contrary to Lee Soo Yeon, Han Yeo Reum is extremely open about expressing her emotions.

Lee Dong Gun is Seo In Woo, who seems to have mastered the art of living, while Kim Ji Soo plays workaholic Yang Seo Goon. 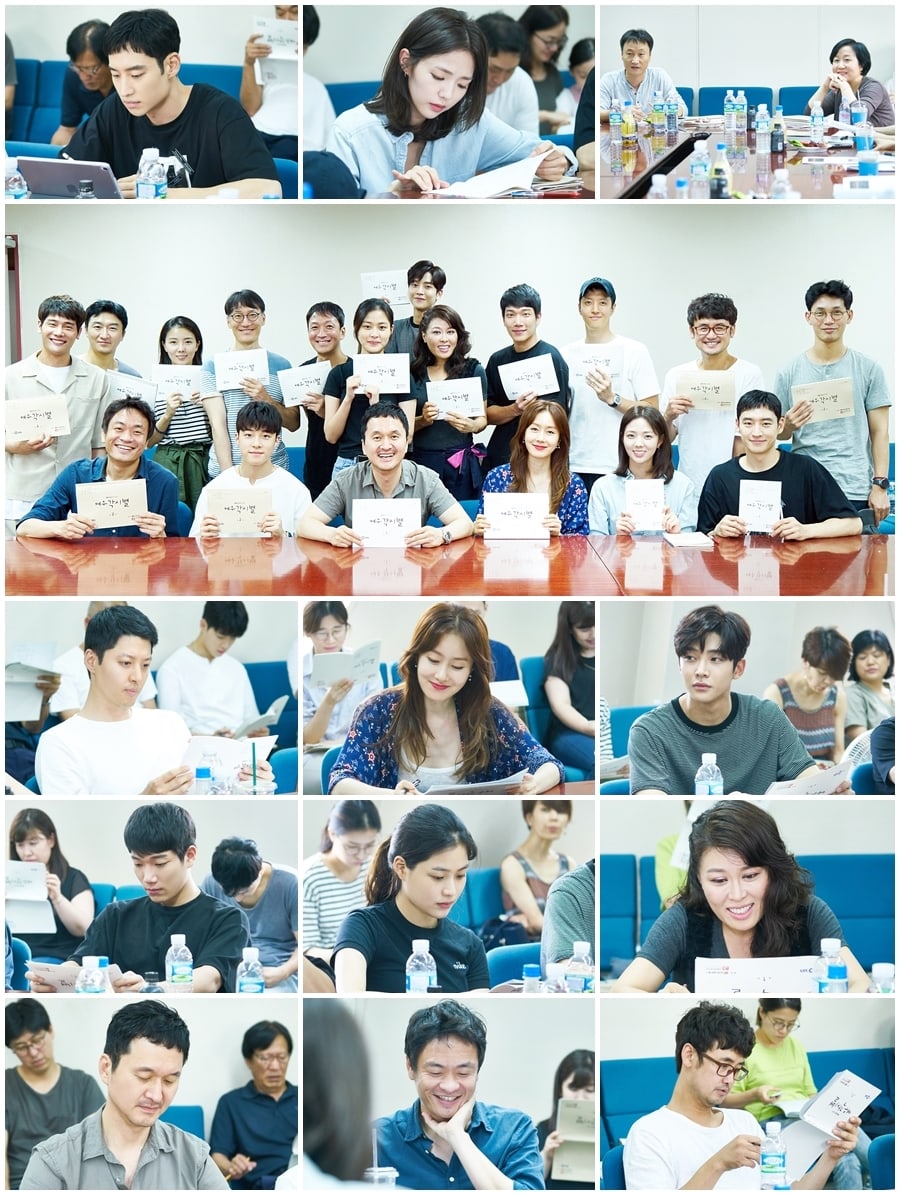 “Where Stars Land” premieres on October 1 via SBS following the conclusion of “30 but 17.”

Check out a clip of the actors’ chemistry at the script reading below: