iKON has dropped a “D-Day” teaser poster for “New Kids: The Final” and its title track “Goodbye Road”! 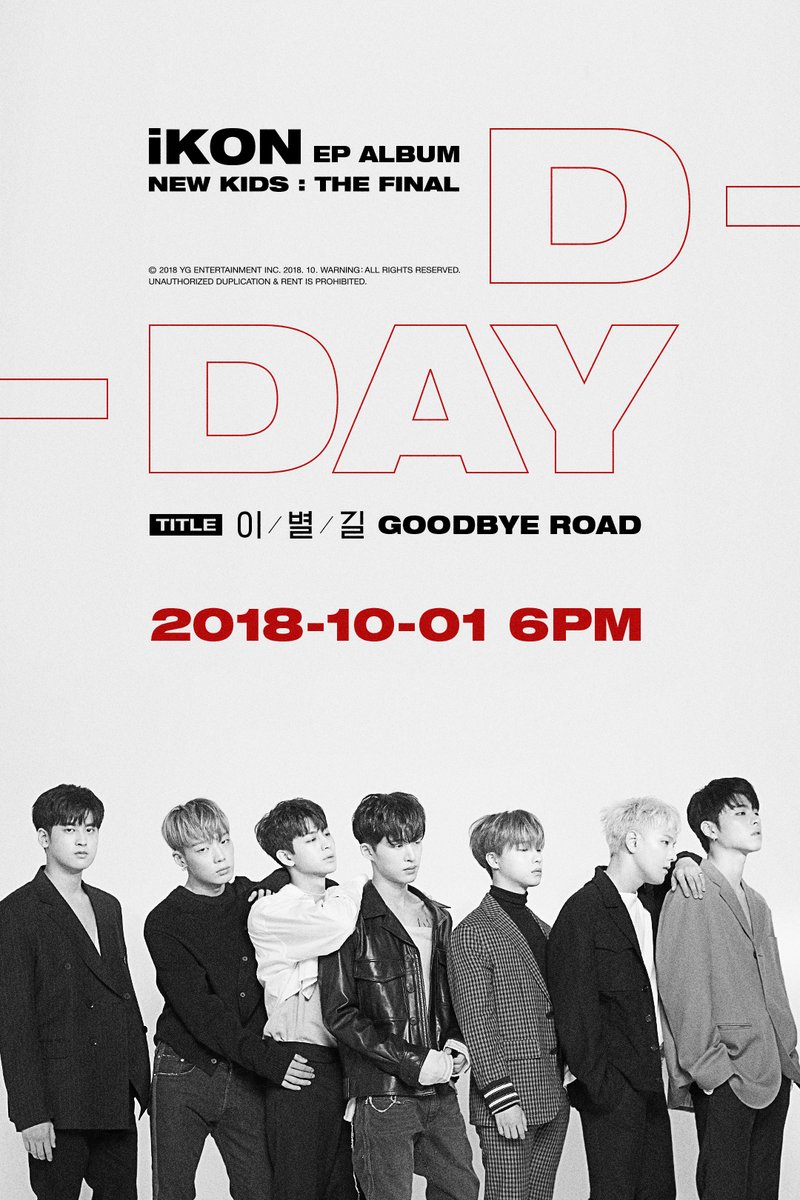 With one day left until the release, iKON has revealed a teaser poster for “New Kids : The Final”! 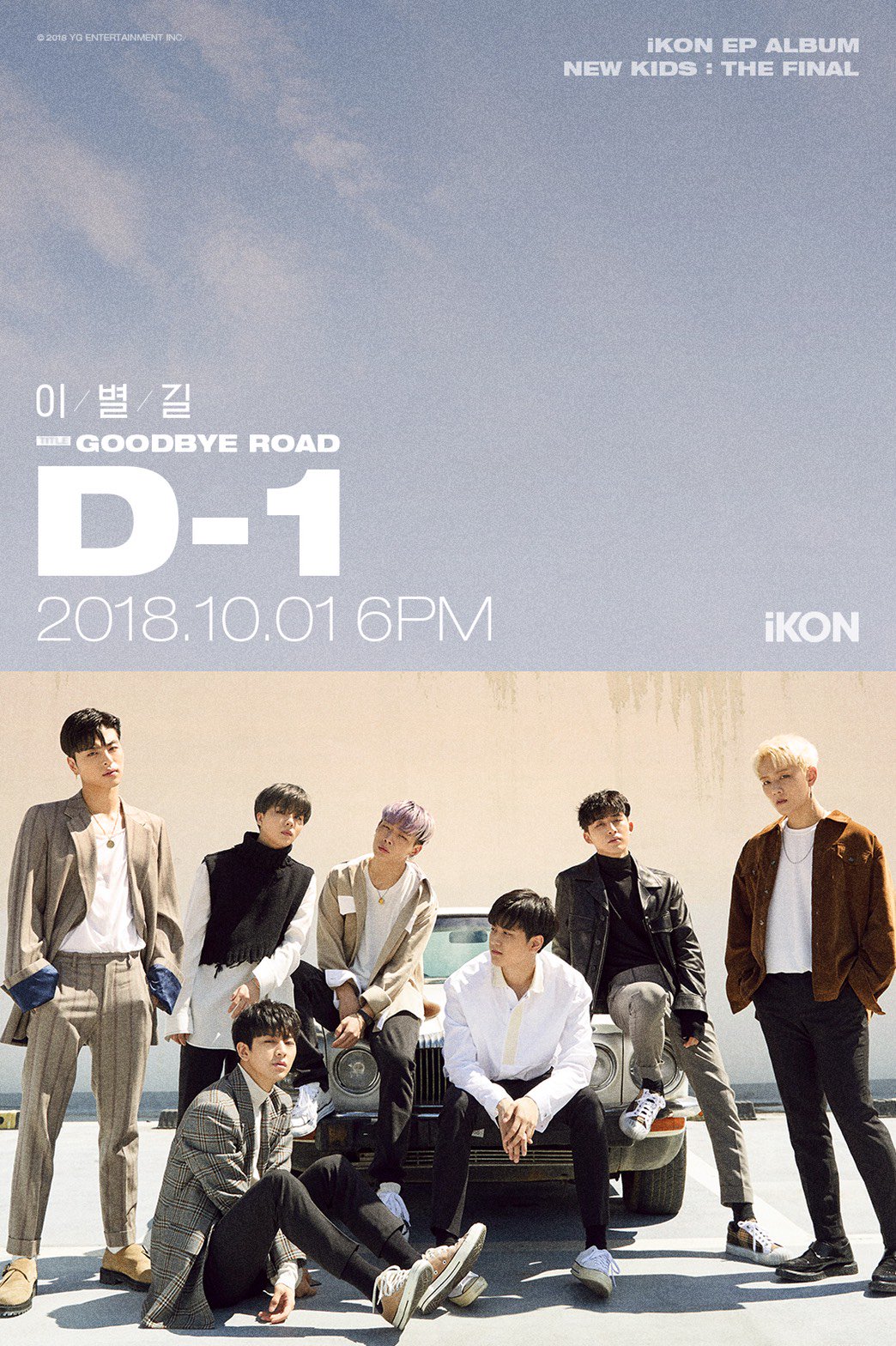 iKON has released a teaser for the performance video of their upcoming title track “Goodbye Road”!

In the clip, Bobby narrates, “The trust we’ve built for each other has fallen apart. You’ll probably find someone new after we break up.”

Chanwoo continues, “If I knew we were going to break up, I shouldn’t have loved you so much.”

In the clip, B.I narrates, “What kind of helpless loneliness would it be to live inside past memories.”

Junhoe continues, “I have become strangers with another person so easily. But I didn’t love you to just break up with you.”

iKON has released a lyric narration video for their title track “Goodbye Road”!

In the clip, Jinhwan walks along the beach, narrating, “If you’re leaving anyways, live proudly without any regrets. Leave me, and live happily.”

Donghyuck continues, “Everyone goes through break ups, so let’s not be sad. I’ll find someone who’s alike, but not quite similar to you.”

The track list for iKON’s upcoming album “New Kids: The Final” has been released!

There will be a total of four songs all composed and/or written by B.I. 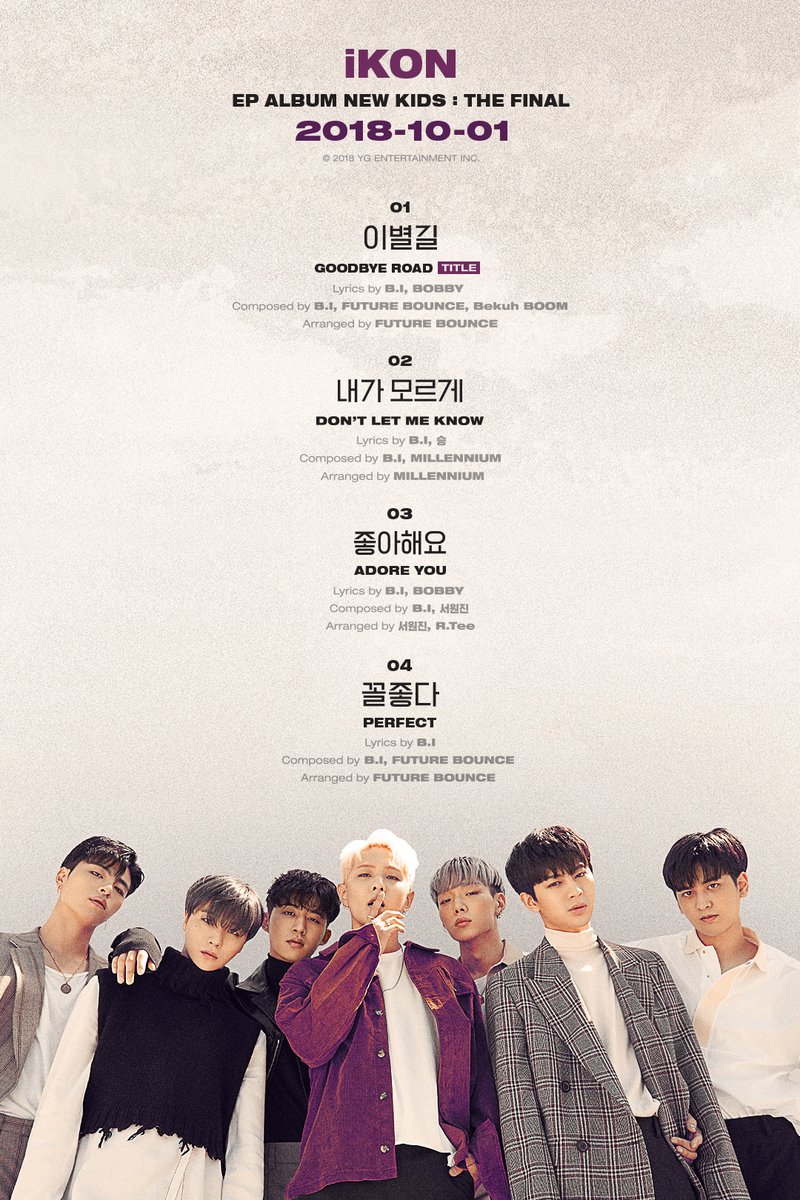 iKON has announced their title track for their upcoming album!

Titled “Goodbye Road,” the lyrics were written by B.I and Bobby. B.I also participated in composing the song with Future Bounce and Bekuh BOOM. 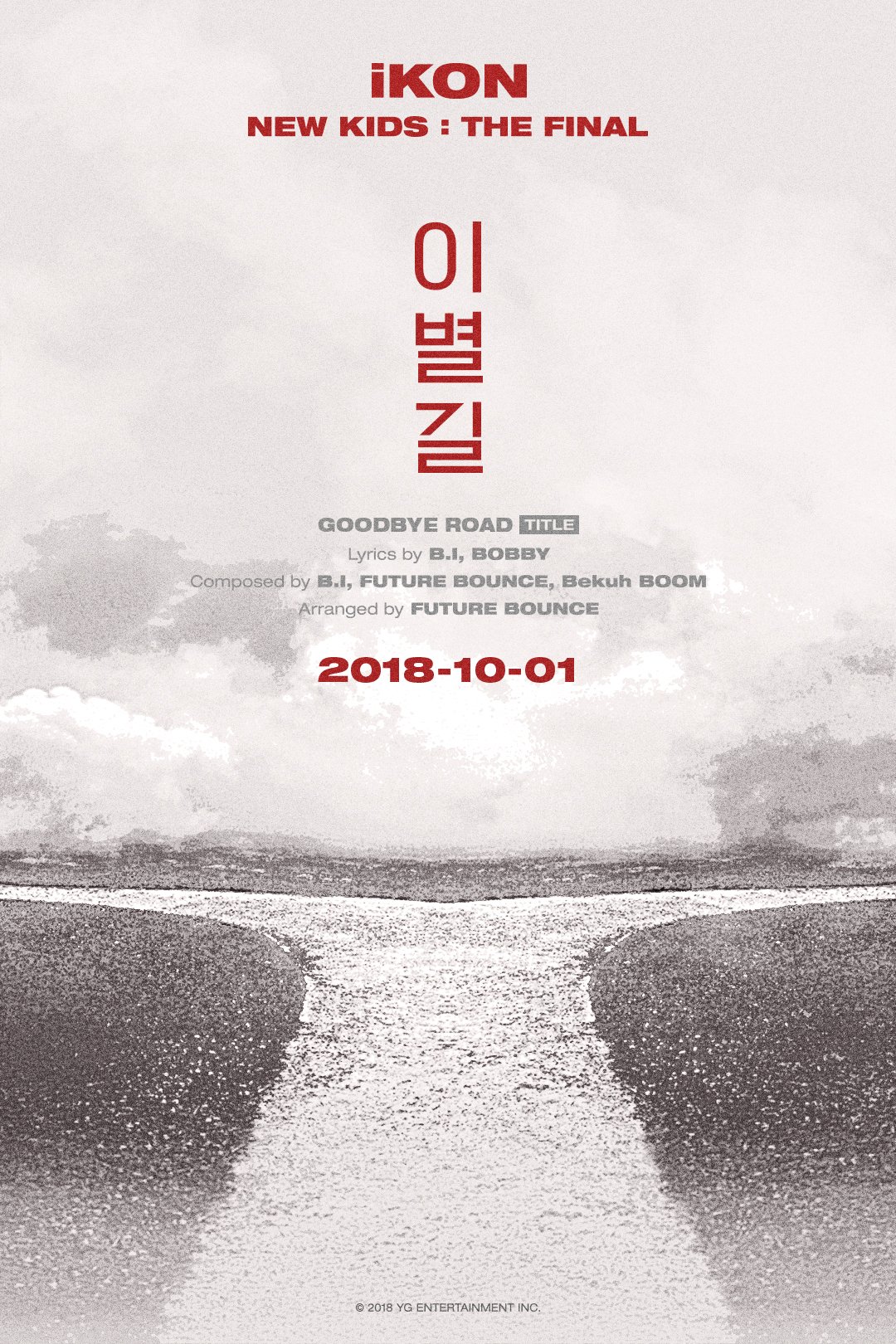 iKON is gearing up for a quick return!

The album concludes the “New Kids” series that began with “New Kids : Begin” in 2017.

“New Kids : The Final” is set to be released on October 1. 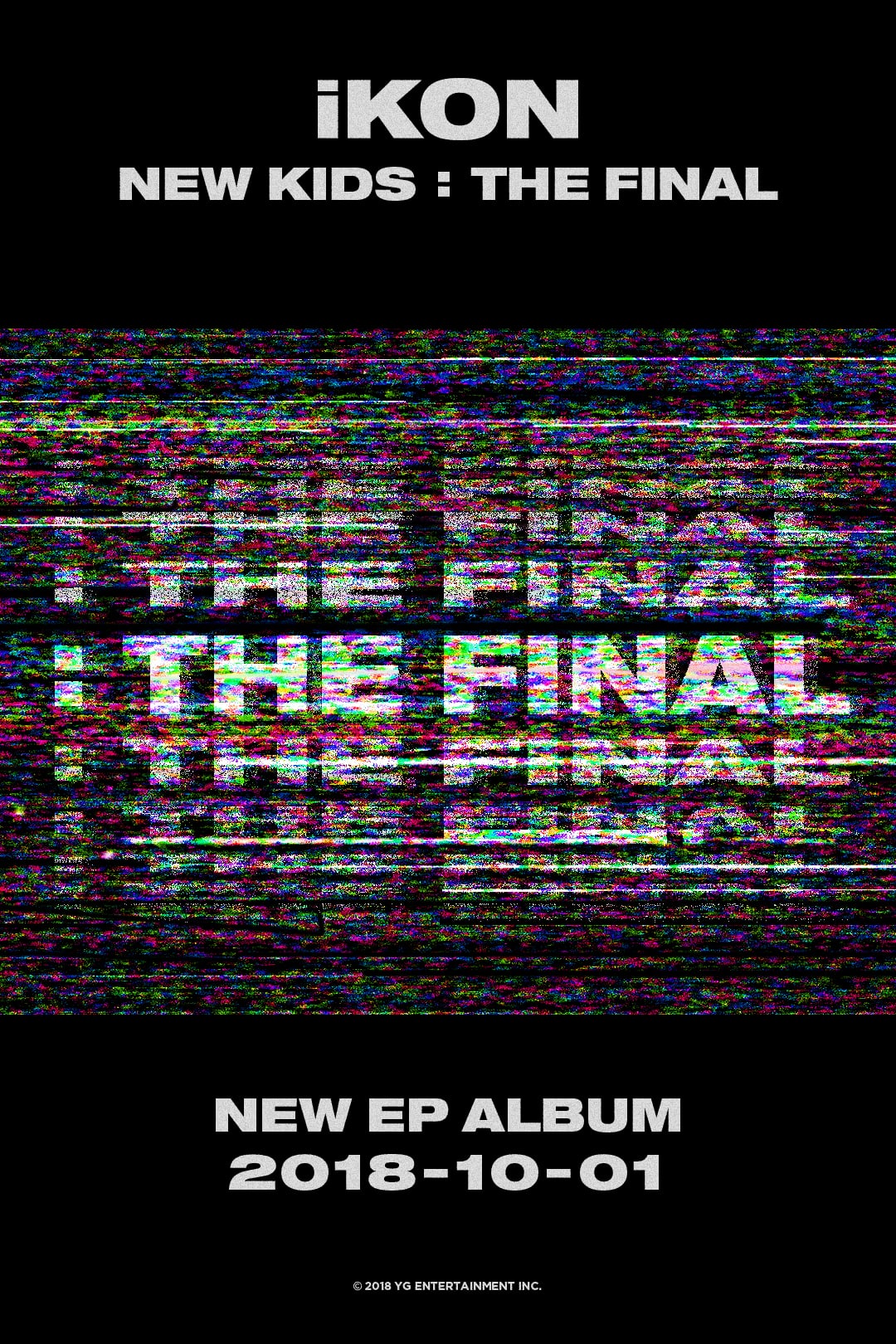