Yoon Shi Yoon and Lee Yoo Young currently appear in the drama as Han Kang Ho and Song So Eun, respectively. The two different yet similar characters are receiving lots of love from viewers for the couple’s unique romance.

Last week, the couple finally kissed after Han Kang Ho confessed his feelings and Song So Eun also realized that she loves him. The reason why viewers have been rooting for this couple is because of their heart-fluttering relationship that is well-expressed thanks to the actors’ expressive acting and chemistry.

In the photos that were released on September 11, Yoon Shi Yoon and Lee Yoo Young are hard at work on the set of their drama.

They rehearsed their positions and lines for the scene where they stand facing each other. Yoon Shi Yoon brightened up the set with his smile while Lee Yoo Young remained laser-focused on studying the script.

During filming, the couple also sat on a bench together and posed playfully for the camera. Their lovely chemistry behind-the-scenes is bound to make viewers even more excited about how their romance will progress on-screen. 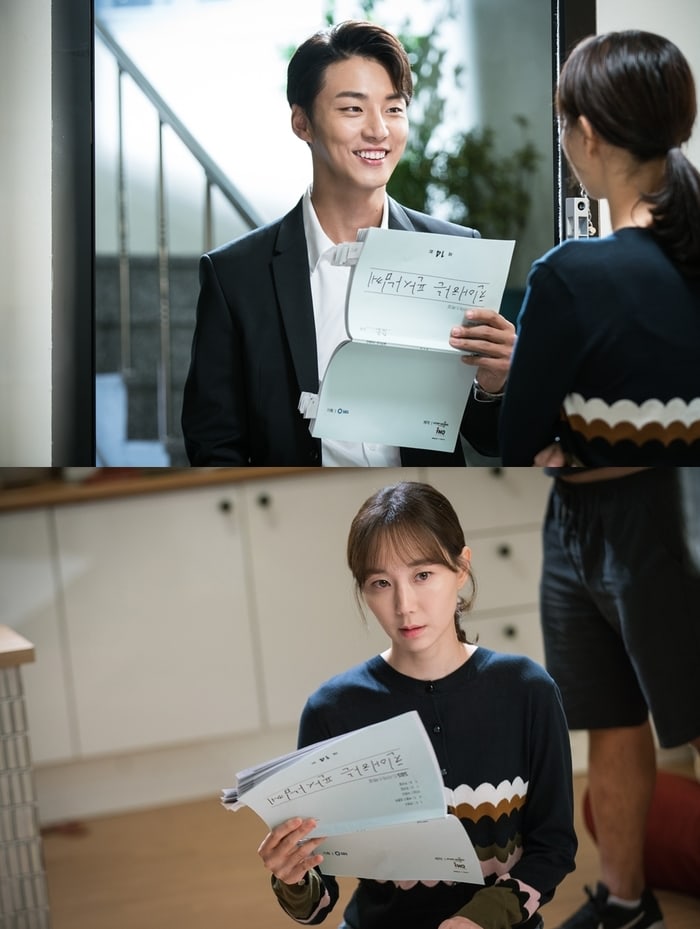 “Your Honor” airs on Wednesdays and Thursdays at 10 p.m. KST. Check out the latest episode below!