Yoon Shi Yoon will soon be meeting directly with his fans!

On September 12, his agency Moa Entertainment announced that the actor was holding a fan meeting on October 6. It will take place at the White Hall in the Kai White Wave Art Center in Seoul.

Titled “Siyoonism Talk Date,” it will be run like a talk show. Similarly to his fan meetings abroad, Yoon Shi Yoon participated in the production of the performance and all the other arrangements.

This year, Yoon Shi Yoon appeared in the drama “Grand Prince,” “Your Honor,” and continued to be a regular member on variety shows like “2 Days & 1 Night.” 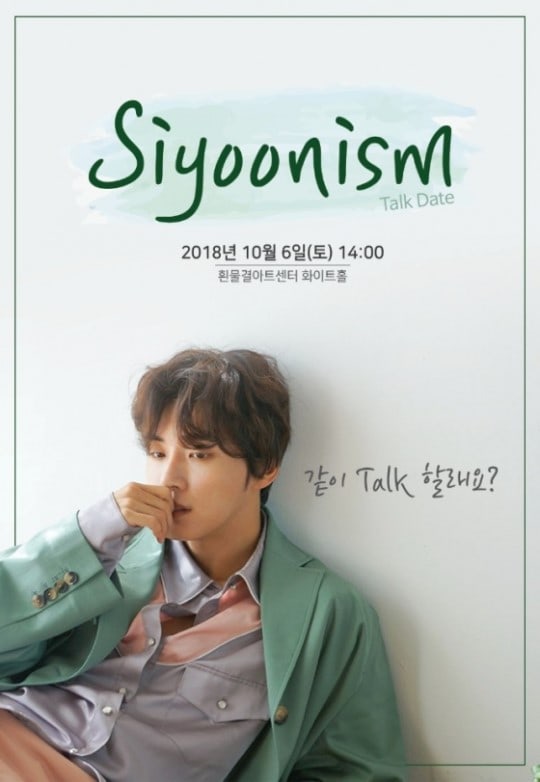