New stills from the movie “Dark Figure of Crime” show Joo Ji Hoon as a rugged murderer and Kim Yun Seok as a desperate detective.

“Dark Figure of Crime” will tell the story of a murderer (Joo Ji Hoon) who confesses to seven additional murders while in jail and a detective (Kim Yun Seok) who believes his confession and investigates these crimes.

The released photos show Joo Ji Hoon confessing his crimes to Kim Yun Seok and Kim Yun Seok checking out the crime scenes with Joo Ji Hoon. The tension between the detective and murderer adds to the viewers’ curiosity about what may happen in the future. 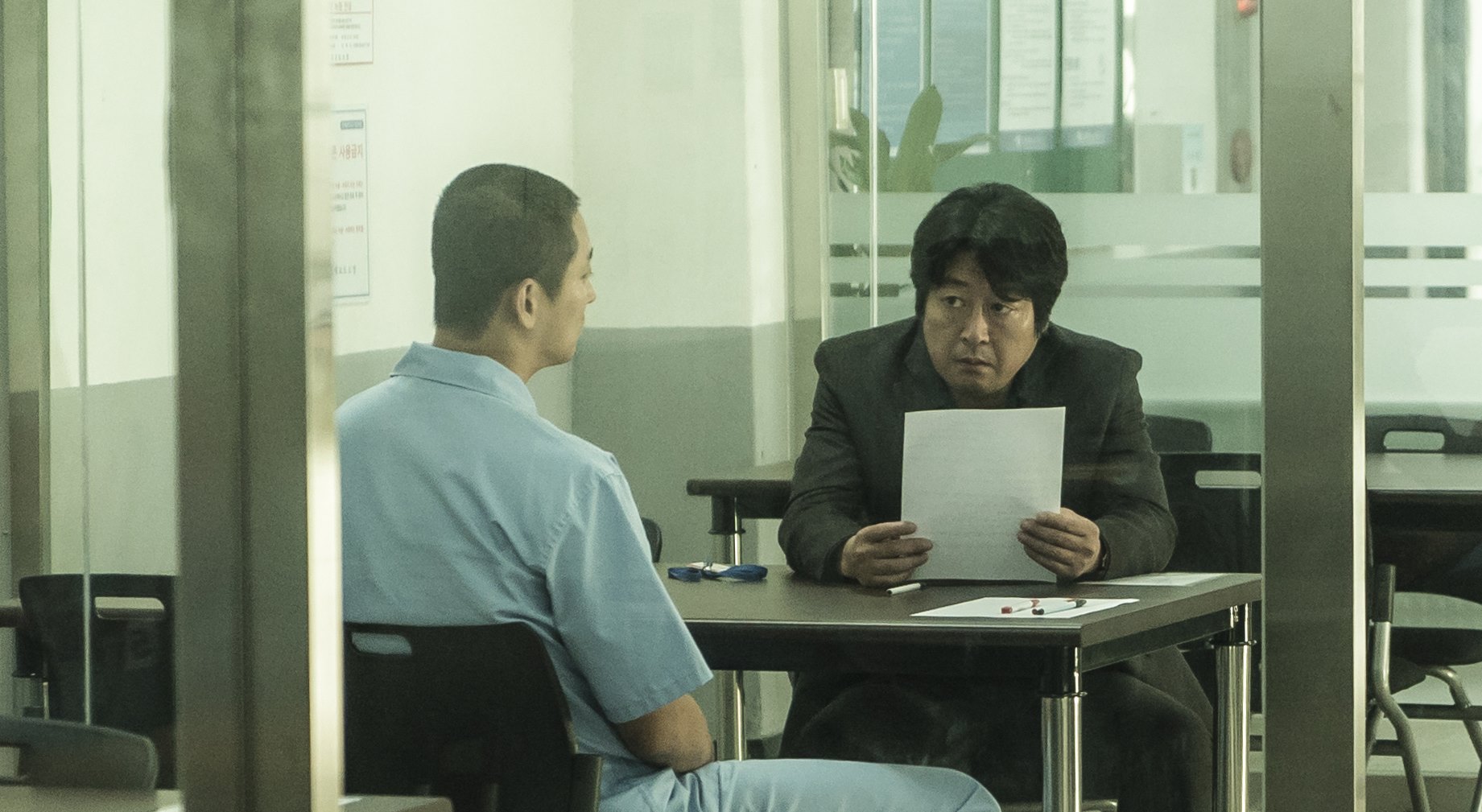 Kim Yun Seok praised Joo Ji Hoon’s acting, saying, “I think Joo Ji Hoon jumped into it like a tiger. He faithfully threw everything into this role without sparing anything. His determination was so great that it deserves to be praised.” In return, Joo Ji Hoon commented, “[Kim Yun Seok] is a senior actor I’ve always wanted to act with. I was so grateful yet pressured by the fact that I had to act with the actor who has a fierce image like his nickname ‘acting monster.’ As much as it was a burden, I prepared that much harder.” 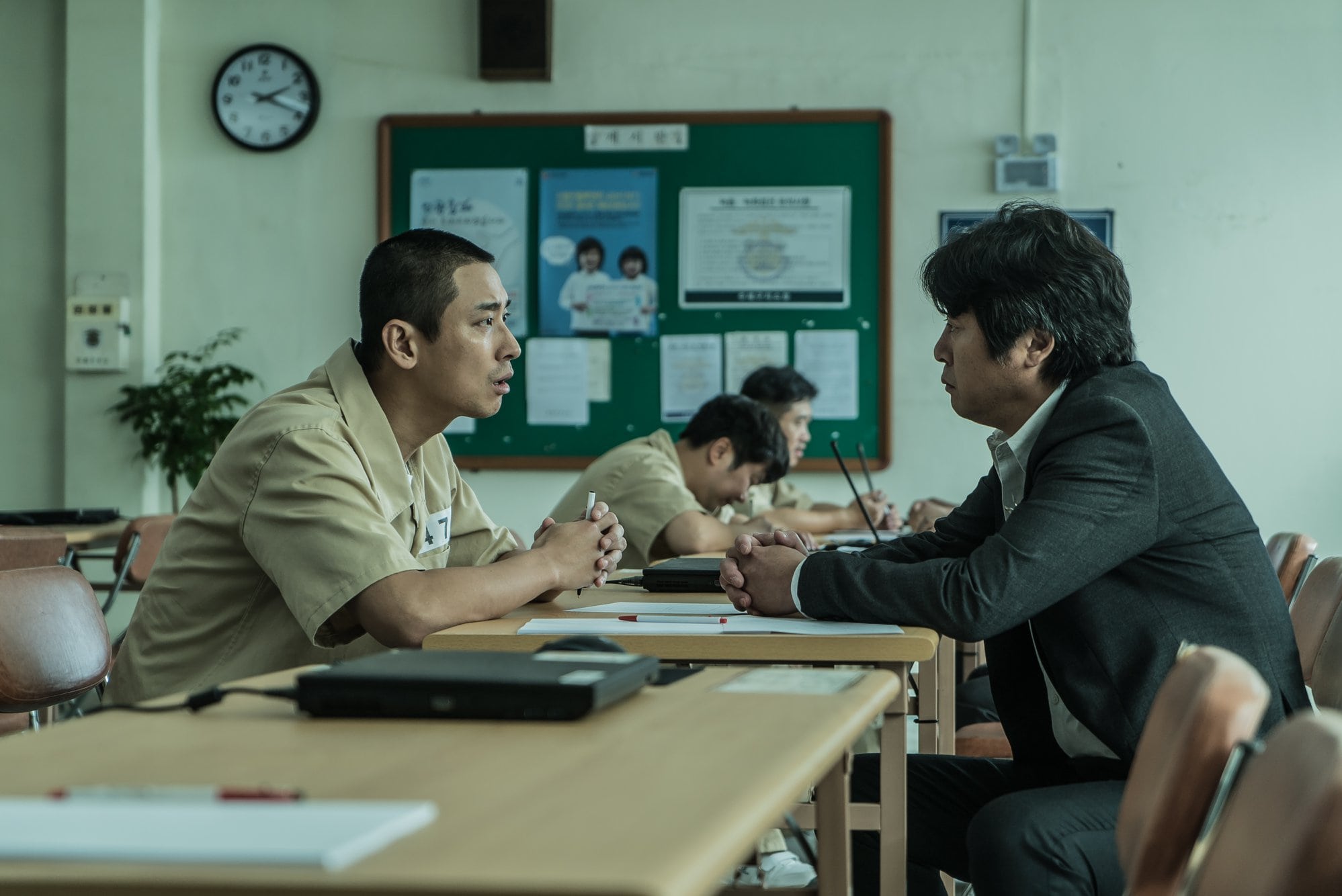 It was announced last month that the film would undergo editing after being rated unsuitable to those under the age of 18. It is set to premiere on October 3.