Nam Joo Hyuk recently talked about his first leading role in a film and what it’s been like working with Jo In Sung.

During the event, Nam Joo Hyuk was asked how he felt about his experience on the film and he shared, “This is my first film, so this is my first time seeing myself on the big screen. It’s been a whole new movie-watching experience for me. There were moments when things were hard, but we all banded together and created a great story.” 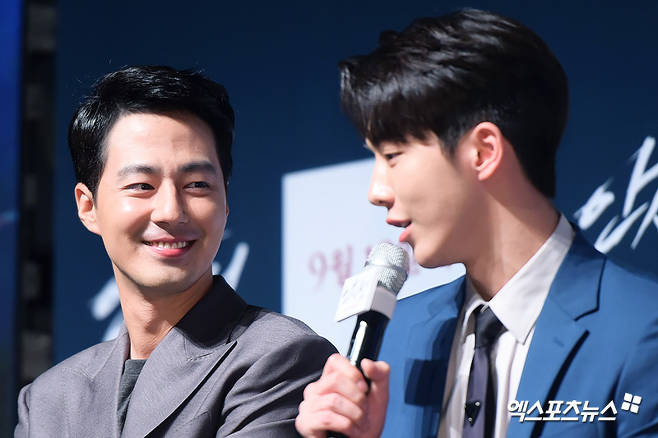 He didn’t hold back his admiration as he went on to talk about working with Jo In Sung as a co-star. Nam Joo Hyuk said, “I was worried because I’m the type of person who gets nervous on set. But as soon as we met, he treated me like his younger brother and he created an atmosphere that made me feel at ease and not nervous at all. It was really nice to have him watching over me. I can’t really put it into words. It’s been an experience I will never forget throughout my entire life.”

Jo In Sung also had good things to say about Nam Joo Hyuk as he stated, “I feel like the relationship he and I have is similar to our characters in the film. I can see him growing into a great actor who can take on that role of a caring senior, so I found myself looking out for him more.”

“The Great Battle” will be an epic historical film that tells the story of the battle at Ansi Fortress, which spanned across 88 days and is considered the most dramatic victory in East Asian war history. The film will be released on September 19.

Nam Joo Hyuk
Jo In Sung
XPN
How does this article make you feel?