BTS Discusses Their Music, Achievements, Love For Fans, And More At The Grammy Museum

BTS participated in “A Conversation with BTS,” an event led by the Grammy Museum, on September 11 (local time). This made BTS’s members the first Korean artists to be invited to such an event. The Grammy Museum celebrated the occasion with a short greeting from BTS on their Twitter account.

We’re happy to host @BTS_twt for a conversation at the Museum! @bts_bighit pic.twitter.com/C9ZLYhahIz

With approximately 200 people in attendance, BTS candidly spoke with the Grammy Museum’s artistic director Scott Goldman on a variety of topics including the direction of their music, album creation process, relationship between the members, and the importance of their fans. Scott Goldman introduced BTS as, “The most successful K-pop singers on the U.S. charts,” and highlighted that the group topped the Billboard 200 with both “Love Yourself: Tear” and “Love Yourself: Answer.” 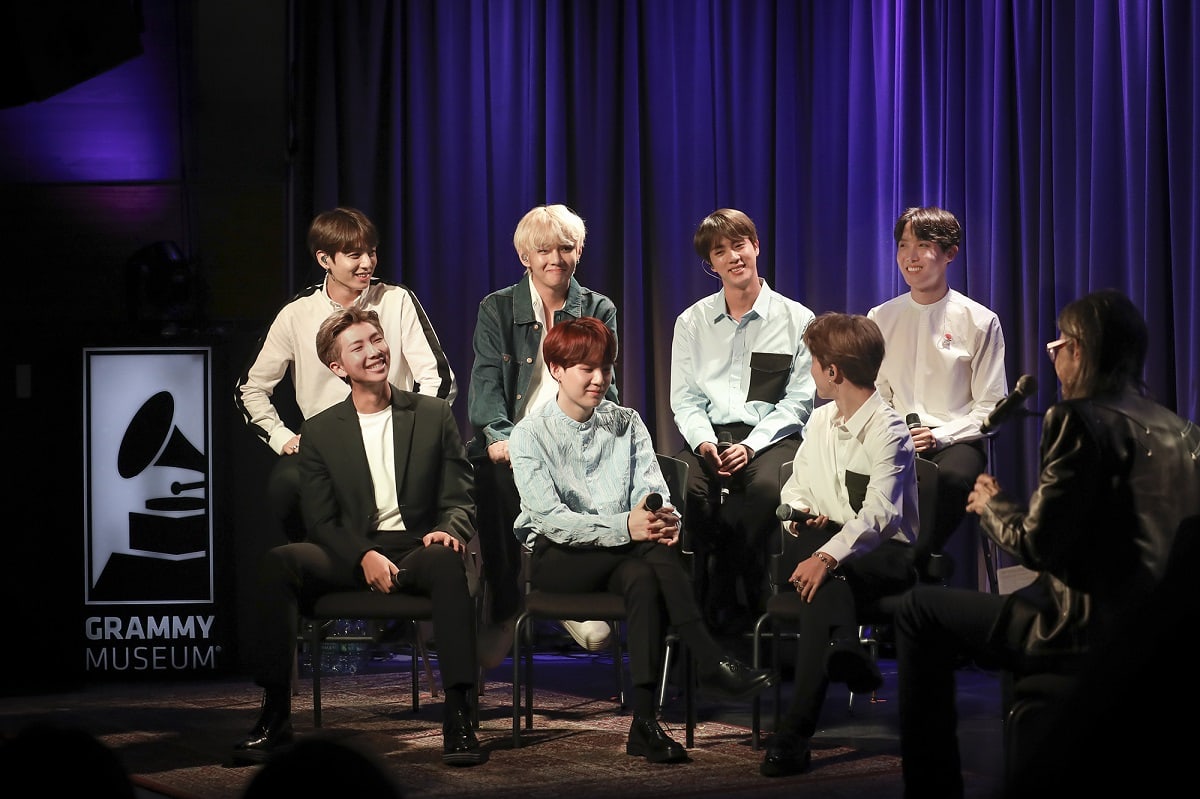 First, the group was asked how their performance at the LA Staples Center differed from their US tour last year. J-Hope responded, “I think a major difference is that we were able to meet our fans across four performances with music from our newer releases.” He also stated, “Many fans passionately responded to our music and cheer for us, and that’s what made our stage so meaningful.”

Suga spoke of BTS’s success and music creation process as he said, “I believe the fact that we express our own thoughts and feelings in our music is what has been the driving force that has helped us get where we are now,” and “I think we’ve been able to create good music across a variety of genres because we worked closely in tandem with our agency.”

Sharing that BTS gets inspiration for their album concepts and messages from the members’s own stories and thoughts, RM added, “Since our debut, we’ve created albums under the themes of school, youth, and loving myself. Our albums have also given us the chance to look back on ourselves and think about the meaning of love again.” 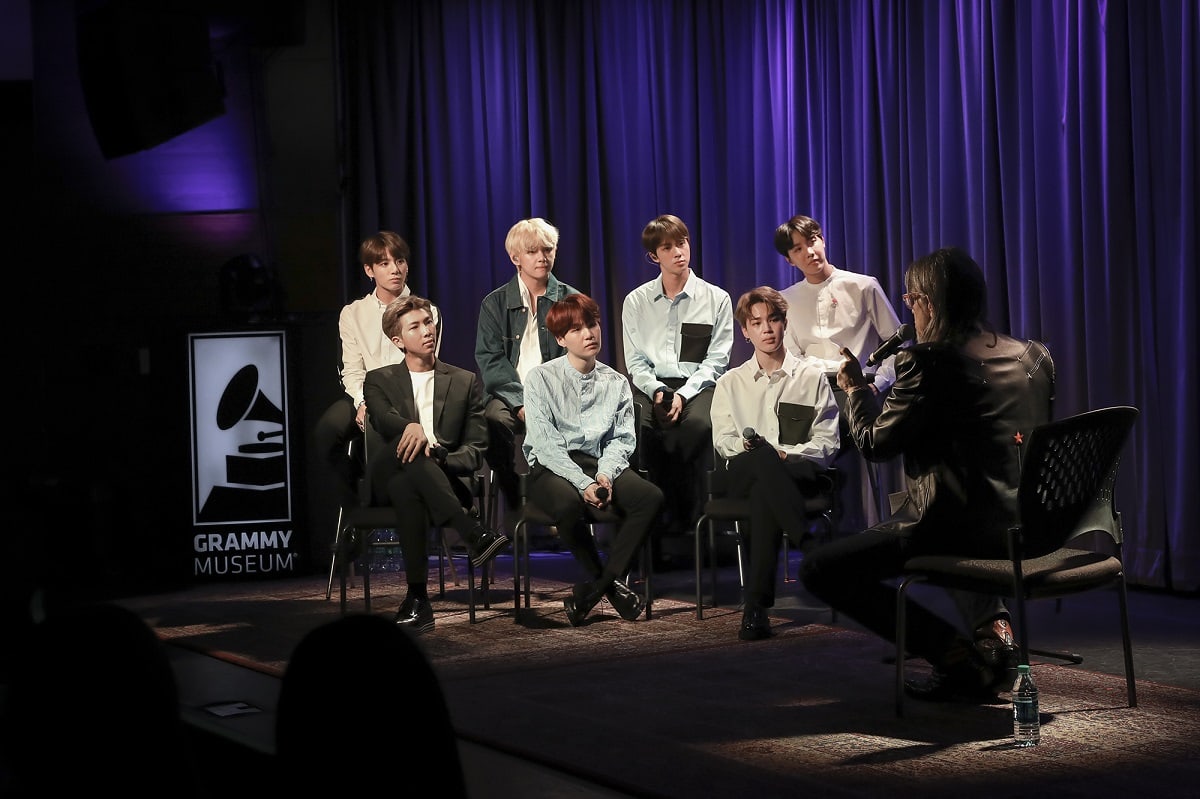 Jimin spoke of the bond between the members as he said, “The members always create such great melodies and lyrics. When we reach a moment during the recording process when we have differing opinions, we all get together and have long conversations. We make the effort to resolve the situation in a good direction.”

V and Jin spoke of BTS’s affection for their fans ARMYs. V stated, “Our fans have given BTS wings. They have helped us get this far and because of that, we have a very close bond with our fans.” Jin said, “Our achievements have only been possible because of our fans. Our ‘Love Yourself’ tour isn’t just BTS performing, it’s a space for us to share an experience with our fans.” 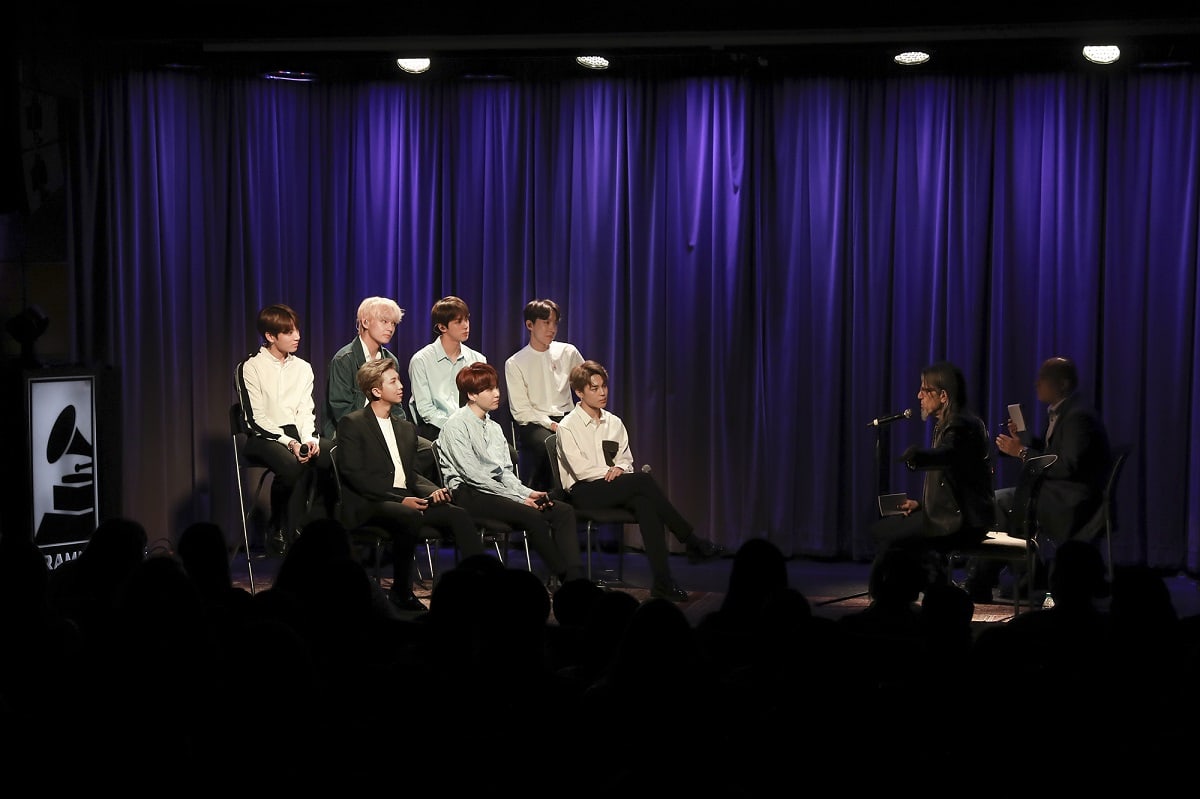 Lastly, BTS was asked how they felt about topping the Billboard 200 charts twice and Jungkook replied, “We feel a sense of responsibility and pressure from all of our achievements. But we will work hard to maintain our current hardworking attitude, both through our music and our actions.”

BTS is currently busy with their world tour, following the release of their repackage album “Love Yourself: Answer” and title track “IDOL.”