In a recent interview, actor So Ji Sub talked about his upcoming drama “Terius Behind Me” and what drew him to the leading role.

MBC’s “Terius Behind Me” is a new Wednesday-Thursday miniseries about a former secret agent and the ordinary woman who lives across from him. So Ji Sub will star as Kim Bon, a legendary black ops agent who goes into hiding after a failed mission costs him both the woman he loves and his career. Three years later, his neighbor Go Ae Rin (played by Jung In Sun) finds herself unexpectedly caught up in a thrilling battle of espionage.

“Terius Behind Me” also marks So Ji Sub’s first drama since KBS 2TV’s “Oh My Venus,” which ended in January 2016. When asked why he chose the drama for his long-awaited return to the small screen, the actor shared that he had been impressed by its unique blend of action and humor.

“Of course, the action and the thrilling pace that comes with the spy genre make the drama worth watching,” said So Ji Sub. “But I really liked the bright and refreshing energy of the characters surrounding Kim Bon. I wanted to choose a drama that made its viewers delighted and happy.”

He added, “Kim Bon is a character that is extremely serious about everything and always does his best. I think that the simultaneously comic and bittersweet situations he experiences after meeting Go Ae Rin will give him a human charm. They’re fun in a unique way.” 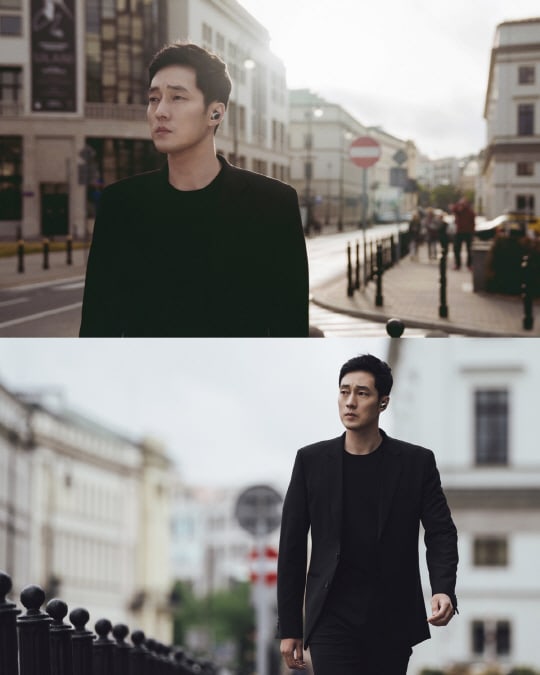 So Ji Sub
Terius Behind Me
How does this article make you feel?