The newly released photos show the actress brightening the set with her unfading smile, even as she films some of the drama’s unhappiest moments. One of the photos features Song Ji Hyo completely covered in red paint as she waits to shoot a scene in which her character suffers yet another stroke of bad luck. Another photo captures the star happily filming a scene in which she slips and falls on dog poop.

The producers of “Lovely Horribly” remarked, “Please look forward to Song Ji Hyo hard-carrying [the drama] even more dynamically after [her character] faces another exchange of destiny. Her ‘shared-fate’ romance with Park Shi Hoo will also fall even deeper into danger.” 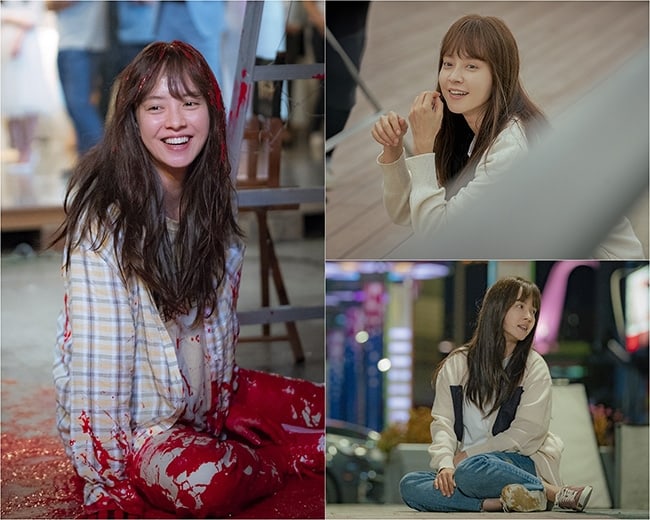 The next episode of “Lovely Horribly” will air on September 17 at 10 p.m. KST. In the meantime, catch up on the latest episode of the drama below!

Song Ji Hyo
Lovely Horribly
How does this article make you feel?